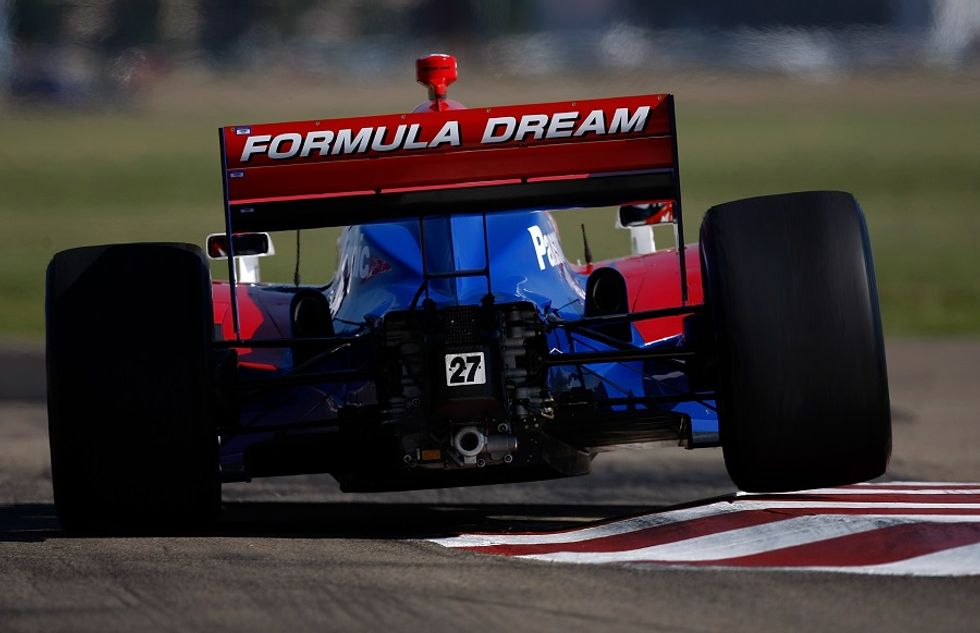 The dimensions of the new vehicle are very similar to those of the Formula 3. In fact, the security cell matches the same certification standards. Its aerodynamics was developed to decrease resistance to motion, in favour of reduced energy consumption. To be more specific, the car in attached to the frame.

It was a team compopresents flow deflectors on both front- and back-wheels; the sides are slender and remased by engineers from Texa Engineering, Mirage Motor Company and BAR Engineering that created Formula Green. The idea was suggested by 'Commissione Energie Rinnovabili e Alternative dell'Aci' (Renewable and Alternative Energy Commission of Aci). Formula Green was recently exhibited at Expotech Modena, a fair entirely dedicated to race engines and innovative technologies in that field.

BAR Engineering developed a powertrain with an electrical synchronous engine of 100kW (135CV) peaking at 140kW (190CV) on a weight, driver included, of 560kg. This gives an overall Weight-to-Power ratio of 5,6 kg/kW (equal to 4,15 kg/CV). As indicated by ACI/CSAI (Italian Automotive Sport Commission), the lithium batteries last up to 25 minutes. Not only the very advanced Battery Management System guarantees their duration, but also an energy recovery system, that activates when releasing and breaking, turns the engine in a generator.

The wheels of Formula Green will be in line with those of Formula E: their covers are street homologated and high performance. They consume very little energy and are built with environmental friendly materials. The next step consists in performing several testing sessions on track, in order to refine the car and verify the validity of its electrical systems.

The next step would be the one of seeing these cars racing in a one-brand championship in Italy, starting from 2014, and the Italian National Federation is trying to outline a calendar for making it happen.