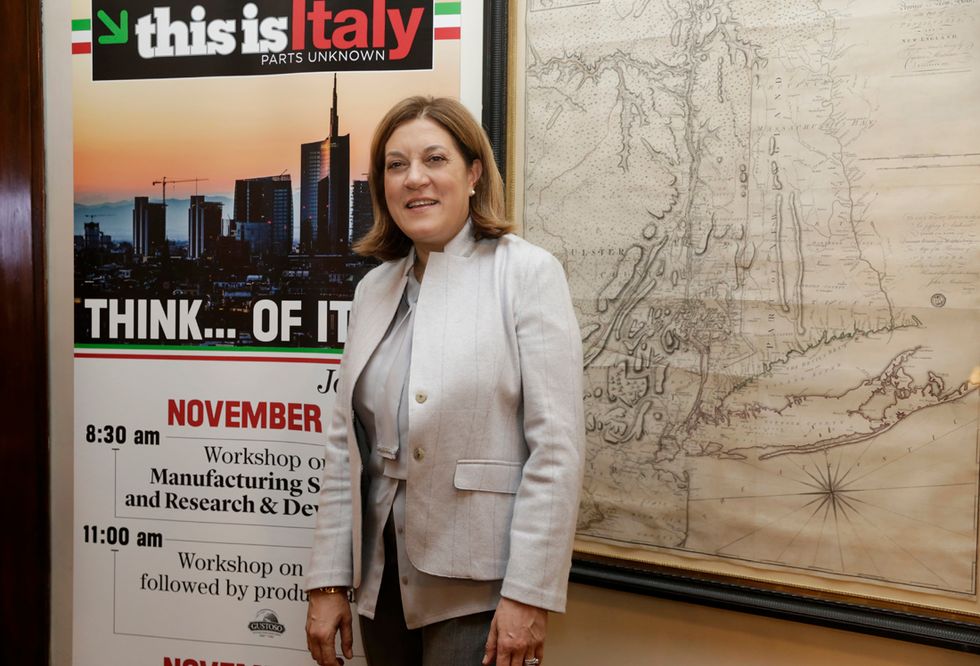 In the workshop "This Is Italy parts unknown" the experiences of Lombardy, Umbria and Emilia Romagna

Not everyone takes environmental sustainability seriously as it should be: but instead, to change the behaviour of everyone we must concentrate, starting with training and the education of children, to prepare for them a better world, a breathing air ": Berardo Paradiso, an Italian entrepreneur for almost forty years in New York and president of Iace, the Italian American Committee on Education, appeals to the three governors who have been deployed to discuss sustainability and goodness.

And the three governors - Roberto Maroni, of Lombardy, Stefano Bonaccini of Emilia Romagna and Catiuscia Marini of Umbria - do not escape the appeal and do not skimp on the descriptions of what their bodies already do for environmental sustainability, nor on the commitments for the future.

"Investing in education is what we have always been doing in Lombardy ", says Maroni, discussing with the modernist Pim Fox, journalist of Bloomberg:" We have, as a Region, responsibility for training and employment, and in many ways we are investing in making our young people adopt the right point of view on these issues ".

The joke is unmissable, with the Lombard governor: as when he answers to those who point out that he wears a green tie (the color of the League), that the New Yorker is made in Naples, with the Ulturale brand, and even hides a small horn of coral in the back, or as when Giovanna Peri - responsible for communication of Sicily By Car - reports of the difficulty that his company is encountering in placing in Sicily And the Lombard governor smiling answers:"But then let's make Lombardy by car!", or a "From Lombardy to Sicily by car", naturally electric.

The governor of Emilia, Bonaccini, recalls that with Maroni, but also with the governor of Veneto Luca Zaia and Piedmont Sergio Chiamparino, an historic agreement has been concluded according to which the 4 regions will take drastic measures with respect to the use of gasoline cars when the pollution reaches critical thresholds and will accentuate the initiatives to support the spread of the electric car ".

Bonaccini continues,"We need" economic and environmental policies that make it possible to replace or reduce the impact of private polluting vehicles: encouraging the replacement of polluting public transport; greater investment in rail links, so that in 2020 in Emilia Romagna all regional trains will be new, with air conditioning, access for disabled people and bikes ".

Catiuscia Marini, on the other hand, rightly claims the record that his Umbria holds in the world on the alternative mobility front in the historical centres. Between Assisi, Perugia and Spoleto (represented at the table by Gilberto Giasprini, manager of the Councillorship for the City Budget)"we have pursued innovative projects - says the governess - managing to realize various forms of mobility alternative to the car. I think that this is the future, but in too many cases we are behind schedule. And we ourselves have not yet used all the opportunities that innovation offers. The local government level, strong in its direct relationship with the citizens,"must work to change the quality of life of people, but at the same time it must keep a second level in mind, that of the major challenges, such as environmental protection, on which national or European support must also be combined".

And sometimes challenging unpopularity:"Whoever has government responsibilities must decide, even if people do not always like it," Maroni observes,"but if the decision is right and is an investment in the future, it must be explained and implemented, then the positive effects that will become visible over time will return merit to those who made the choices. In Varese 30 years ago there was a real uprising against the closure of the centre to traffic, but the same thing was done, and today everyone is happy.

Bonaccini then concludes by dwelling on the theme of the circular economy:"In Italy, the necessary cultural change has not taken place in all Regions. In our three regions, which are among the virtuous regions in selective waste collection, we are about to reach 70% of the total, a level that until a few years ago was unthinkable. Then, however, there must be the ability to dispose of waste in the regions themselves. And here we need cooperation with governments. Managing sustainability is essential if we are to be able to grow, without growth or with unsustainable growth I don't fear political problems: I fear wars ".