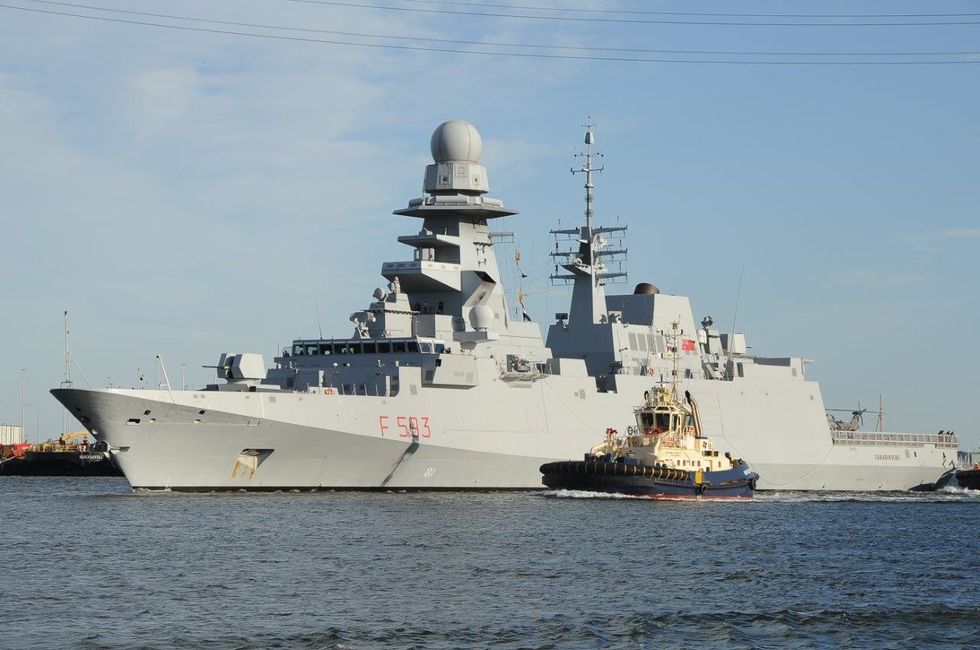 Carabiniere: the jewel of the Italian Navy around the world

The journey of the most beautiful and technologically advanced Italian Frigate is continuing after more than two months spent in Australia and in South -East Asia. Carabiniere is its name and it belongs to the Italian Navy. During this time abroad, Carabiniere acted as the "Ambassador" of Italian technological excellences.

Giampiero Massolo - Leonardo-Finmeccanica CEO - stressed that "the ship Carabiniere was sent to Australia and South-East Asia as two of the most significant areas of the world and its future". Furthermore, it was essential to sponsor Italian technological products the ship is equipped with, making it a real jewel of Italian Navy.

Carabiniere's captain is Francesco Pagnotta, 41 years old, and its tour is nothing but impressive: Saudi Arabia, Australia, Indonesia, Malesia, Oman, Pakistan, Singapore and Sri Lanka. The Italian ship spent the whole month of February in Australia were the marines on board had the chance to train with the "Australian Royal Navy", focusing in particular on anti-submarine techniques. From February 5th until 10th, Carabiniere stopped in Adelaide. There, as well as in Sydney, the Italian ship had the most relevant military and political contacts with Australian authorities. A brief stop in Melbourne concluded the Australian tour.

The Carabiniere is now navigating towards Jakarta (Indonesia) and then it will continue towards Singapore and Malaysia, where Carabiniere will take part in the 2017 edition of the Langkawi International Maritime and Aeronautical exhibition.

The Pakistani stop mostly derives from the country's interest in buying navy products (such as frigates and patrols) Italy is about to dismiss.

Carabiniere world tour is intended to strengthen the collaboration agreements already existing in the area, in particular with Australia which is a great NATO partner. Furthermore, this tour is part of a project framed within the so called "naval diplomacy" aimed at improving international relations, at exchanging techno-operational expertise and to conclude industrial agreement.