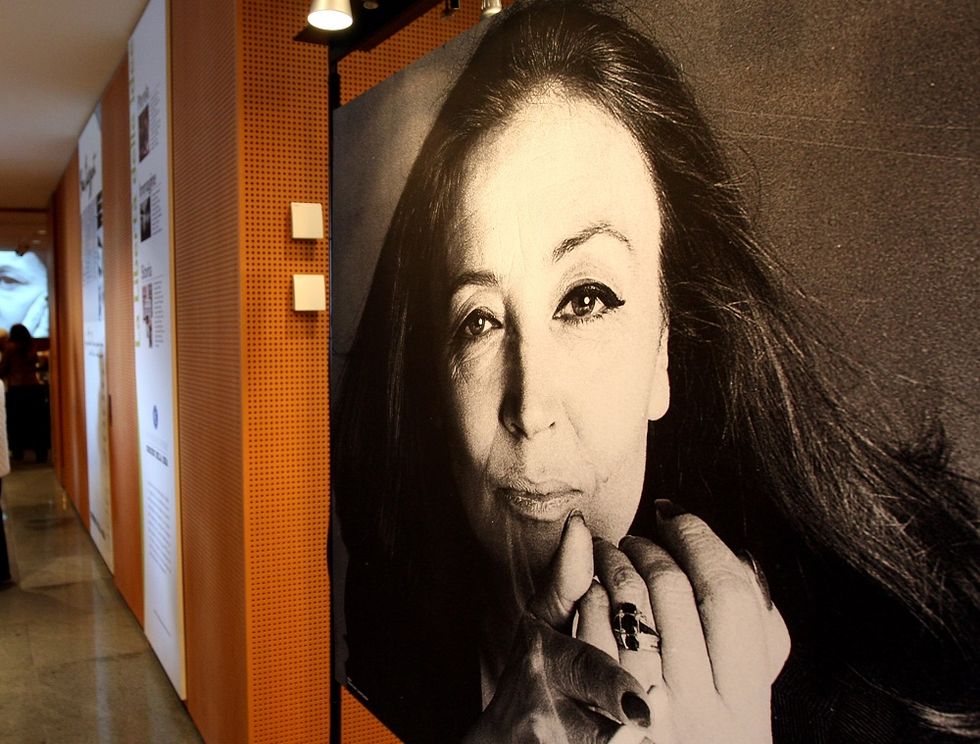 Oriana Fallaci was hard to be indifferent to people: either you love her or hate her, no middle ground accepted.

She was a very bold Italian journalist, who defined herself as "someone brave enough to say what I think, to do what has to be done and to live as I want to live without fear." Her criticisms were very harsh and were addressed to politicians from all sides.

Oriana's character and nature was strongly impacted by what she experienced as she was a child: the horrors of the Second World War. The bombings, her family's hardship and the imprisonment of her father determined her strong anti-fascist opposition and active participation in resistance. She became a political journalist, "an uncomfortable woman who says uncomfortable things" she pointed out, wearing every day the mask of a strong woman who was hiding a lot of pain. Oriana's main sources of sorrows were an abortion and the loss of the love of her live, the Greek patriot Alexandros Panagulis.

Oriana Fallaci will always be remembered as one of the best journalists, not only at the Italian level, but broadly in the European scenario. Her boldness and attention to every single detail made her work unique and popular all over the world.

While Oriana's opinions were not always well accepted, her conclusions were always made after an attentive analysis of very complex contemporary issues, such as Vietnam, Lebanon and Cambodia wars, the condition of women, dictatorships, politics and Islamic terrorism.

Her pen was her best companion and the tool able to take out Oriana's true essence of. But Oriana's opinions and boldness had a price and costed her a lot in terms of solitude, anxiety, anger and sometimes even threats and hate by other people. She died in mid-September 2006 but her personality will definitely be remembered for a long time.