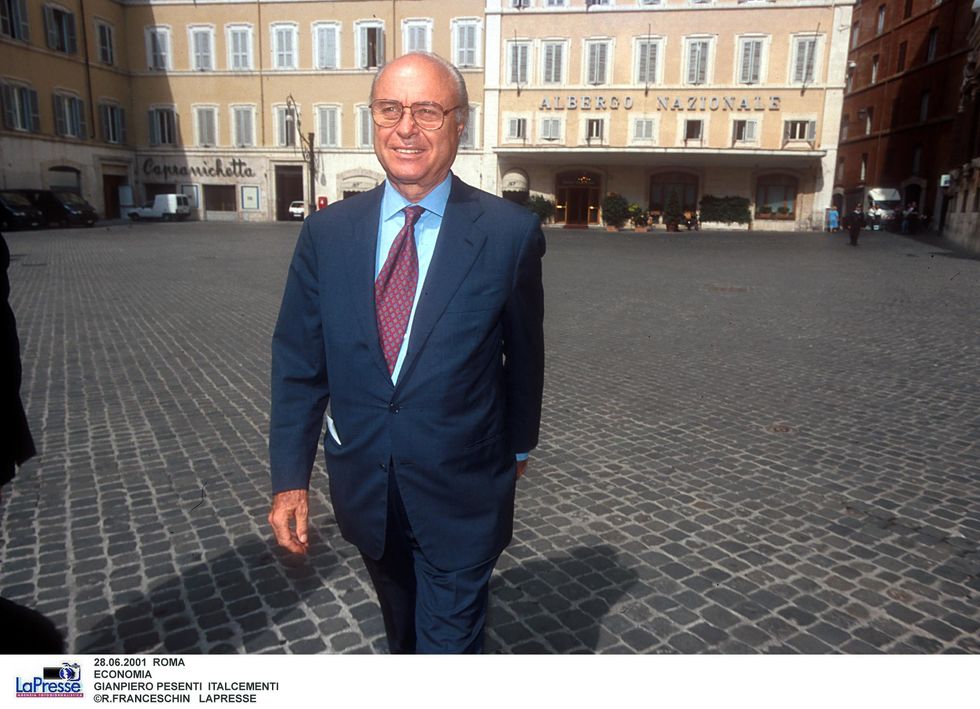 Not your ordinary cement

In earthquake-prone Italy, someone has already succeeded in developing construction materials capable of withstanding the shocks, using steel fiber reinforcement. This is the work of a group of 170 researchers at a futuristic center near Bergamo. Their next challenge? To create a coating that will recover rainwater.

Slim researchers in high heels from the Polytechnic Institute of Bari and burly «magutt» (or laborer) from Bergamo in heavy work boots; bold, elegant structures, clean air and, behind the glass walls, a tidy orchard.

We are at I.lab, the research and development laboratory of Italcementi, fifth cement producer in the world (74 million tons in 21 countries).

In this building, inaugurated in April, a white arrowhead that closes the Kilometro Rosso in Bergamo, the park of innovation that runs alongside the A4 motorway toward Venice, the men and women of Italcementi work in a setting that represents the maximum in terms of political correctness with regard to energy and ecology.

With its photovoltaic panels and a geothermal system of 51 wells for guaranteed temperate air all year, the lab has earned Platinum certification of the Leed standard (Leadership in energy and environmental design).

This is where studies are carried out to develop a «fiber reinforced» cement that will prevent or delay the collapse of structures subject to the shock of an earthquake.

In short, this is the showroom of what will be the construction business in the future, the place where one of the world's oldest materials becomes more and more ecosustainable - because it can reduce pollution, more economical - because it lasts longer, and even more beautiful.

I.lab was designed by the American architect Richard Meier, who also collaborated with the Berga­mo group to create Tx, a cement made with nitrogen dioxide that, when stimulated by the light, transforms the molecules of pollutants and makes them easy to eliminate by rain or simply by precipitation.

His model work is the Church of the Jubilee, completed in 2003 in Rome, with three enormous wings in white Tx cement.

«Thanks to nitrogen dioxide, the cement stays clean forever» explains Enrico Borgarello, director of I.lab: «We tested it successfully in the Umberto I tunnel in Rome, one of the most polluted sites in the city where, thanks to the cement coating in Tx, illuminated by special lamps, people can now walk without the risk of being poisoned».

Borgarello, who has a degree in chemistry from Turin, is one of those Italian geniuses who, after specializing abroad, came back home to work: first at ENI and later at Italcementi, always in search of new patents.

While he tells us about his invention, he runs a hand over one of the arches in Tx that form the structure of the I.lab, and ends up with a film of white powder on his fingers.

Oops, is something wrong? «No, absolutely not» he answers, smiling «that is the proof that this cement is not treated with paint or anything else».

Italcementi invests 13 million euros every year in research and development, and in the last few years has deposited 60 patents.

120 people work at I.lab, over 50 are employed at the Technodes research center in Guerville, near Paris, including engineers, chemists, physicists, geologists «and lots of other excellent people» Borgarello points out «who grew up on construction sites and know the materials inside out and are able to interpret the ideas of the researchers».

People like Pietro Tavasci, 38, from Calabria, who has been employed by Italcementi for 16 years: at I.lab Tavasci coordinates the concrete area, studies the durability of the products and handles special tests.

Before he went around in a lab coat here, where a cement mixer stands next to the computers to prepare the new «recipes» invented by the researchers, Tavasci worked in the company's mobile labs.

These are campers equipped like a scientific laboratory that travel around the world to furnish assistance to the clients. «We follow the products from the basic research right up to the installation» explains Tavasci, while he accompanies Borgarello down to the basement of the I.lab toward Sara Sgobba's office.

Sara, 31, holds a degree and doctorate in environmental engineering from the Polytechnic Institute of Bari.

She is a member of the group of researchers engaged in studying fiber-reinforced materials which should serve to disperse the energy generated by an earthquake and prevent the sudden collapse  of the structures, or at least delay it.

This would facilitate the evacuation of the people inside a building involved in a seismic event and would make it easier to identify the damage to the structure.

«What we do is mix a large quantity of short steel fibers into the concrete blend. The fibers are no more than 50 millimeters in length with a thickness of a few tenths of a millimeter, to create a sort of web that holds the material together when it undergoes a shock» says Sgobba.

This prevents the formation of the large fractures that cause the sudden collapse of structures, but creates many small cracks held together by the fibers.

«We are working in expectation of major seismic events in places like Istanbul and Morocco and we expect to be ready for the market in two years with this new product» adds Borgarello.

He specifies that it is not an alternative to the traditional bars that form the skeleton of reinforced concrete, but an additional element of reinforcement, «it is an extra source of ductility that makes the system safer».

This means we can cover old structures with layers of fiber-reinforced concrete or use this material, which is more elastic and strong, in the parts of new buildings at risk of severe shock in case of an earthquake.

At I.lab they don't only study safety, but also beauty in building construction: another new product is I.light, the «transparent» cement used for the first time in the construction of the Italian pavilion at Expo 2010 in Shang­hai.

These are panels made with special mortar around thousands of tiny tiles of a polymer that is more transparent than glass: by day they filter sunlight from the outside and by night, lit from within, they transform the building into a huge lamp.

«It came out so well» comments Borgarello with great satisfaction «that it is one of the few buildings left in Shanghai after the Expo. And many cities have asked us to offer the material to them».

The next challenge is water, or better, how to recover it. For this purpose, Italcementi has created I.idro Drain, draining cement that combines the strength of a concrete floor with the natural drainage of the soil.

In short, could we say that I.lab is a temple of ecosustainability?

«No, we believe in maintaining a healthy concrete spirit here» laughs Borgarello. «We are in business and the market demands ecosustainability. Our job is to try to make it economically interesting».