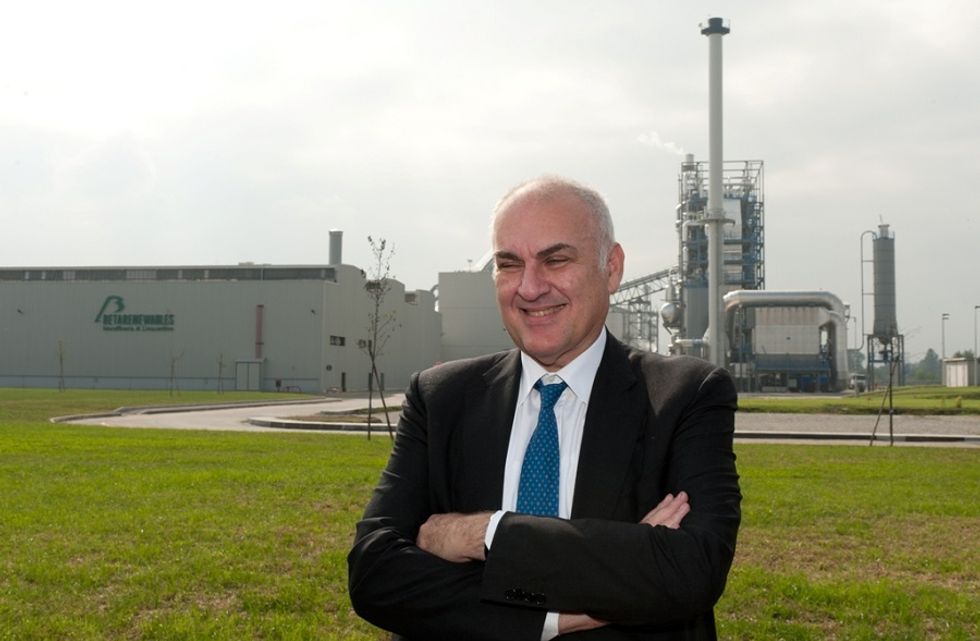 Italy launches its green revolution in the chemical sector

The world's first plant for the production of second generation biofuels has just been opened in Crescentino, Vercelli, in Northern Italy.

This huge bio-refinery has been built by Beta Renewables (Mossi Ghisolfi Group), and it is scheduled to produce 75 million litres a year of second generation bioethanol from non-food biomass such as agricultural residues.

According to Guido Ghisolfi, CEO of Beta Renewables, their new plant is actually paving the way "for a green revolution in the chemical sector", highlighting that "environmental sustainability and industrial innovation are essential factors for [Italy's] economic recovery." Confirming his point of view, the construction of similar plants has already been scheduled in North and South America.

Behind the Crescentino plant there is an investment of Euro 150m, and the refinery is expected to have a positive economic impact on the whole region in terms of employment opportunities (recent estimates refer to roughly three hundred among direct and indirect jobs), as well as export opportunities for the whole country. With a year capacity of 75 million litres of bioethanol, the Crescentino plant is certainly going to become a reference point for the European market. Finally, the refinery is also self-sufficient in terms of energy consumption, with a 100% water recycling system.

Peder Holk Nielsen, CEO of Novozymes, believes "that policy makers now need to send clear signals to encourage the necessary investments in advanced biofuels." Aware that "continued reliance on fossil fuels is not viable", he thinks the world need to find a way to support initiatives which can have a lot of impact in terms of reducing greenhouse gasses, stimulating economies, and providing energy security. The Crescentino plant is certainly one of them, and indeed the project was supported by the European Commission within the 7th Framework Programme for Research and Technological Development.