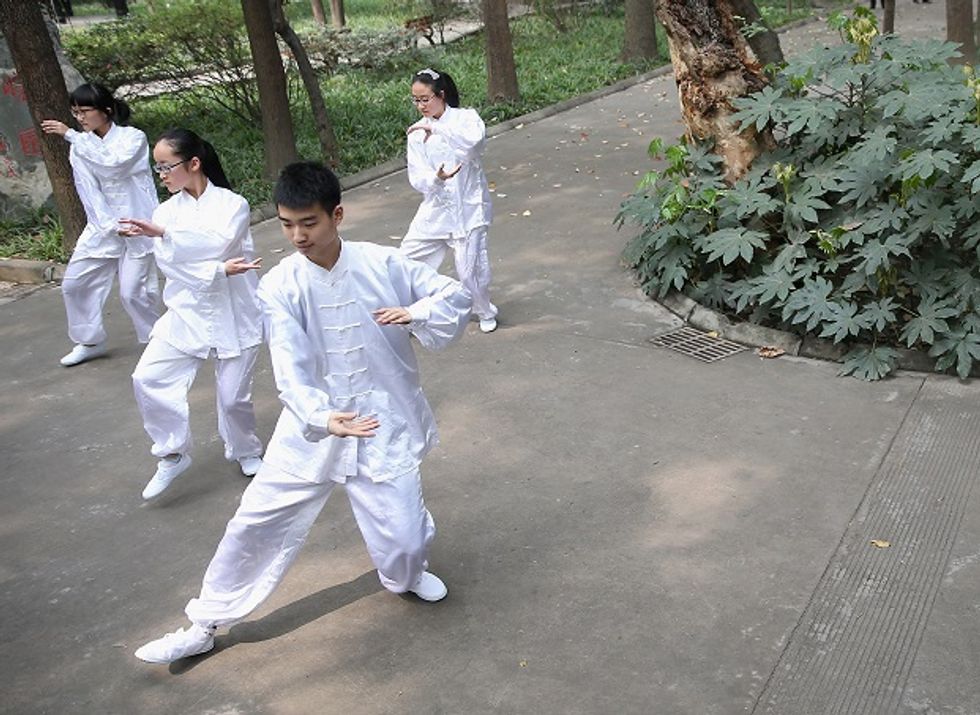 An interesting article recently published by the Hong Kong daily South China Morning Post praised Antonio Bacino for dedicating his life to the martial art made famous by the blockbuster film Ip Man.

Mr. Bacino is from La Spezia, in Liguria, and has been studying Wing Chun for the last 30 years. During his apprenticeship, he travelled to Hong Kong seven times, but rather than experiencing the beauties of the Oriental capital for business, food, and pleasure, this Italian man exploited the Pearl of Asia to learn and practice Wing Chun, an ancient form of self-defence which achieved world renown in 2008 thanks to the Ip Man movie. Ip Man re-enacts the story of one of Wing Chun's most famous practitioners, introducing him as the legendary teacher of Bruce Lee.

In order to study Wing Chun correctly, this Italian man devoted his life to Grandmaster Ip Ching, who is the son of Ip Man. After 30 years of learning and practicing, Mr. Bacino is proud to admit how deeply Wing Chun changed his life.

Mr. Bacino explained to the South China Morning Post that he approached Wing Chun for the first time when he was only 7 years old. Perceiving himself as "the typical skinny guy that everybody wanted to beat up," shy and insecure, he turned to martial arts to fight these self-perceptions.

According to this Italian master, who is currently teaching Wing Chun for living in several Italian cities, "conquering personal limits is one of the foremost benefits of Wing Chun, largely because the martial art places all students on equal footing. Rather than advocating brute force, Wing Chun teaches flexibility and intuitive reaction, making it possible for physically smaller fighters to defeat larger opponents".

This philosophy may stem from Wing Chun's origins as the only major martial art invented by a woman, Ng Mui, a Shaolin monk who was inspired by the movements of a snake and a crane. Beyond that, Wing Chun is mainly appreciated for offering its practitioners the chance to become happy, as well as reach levels that they never thought they would.