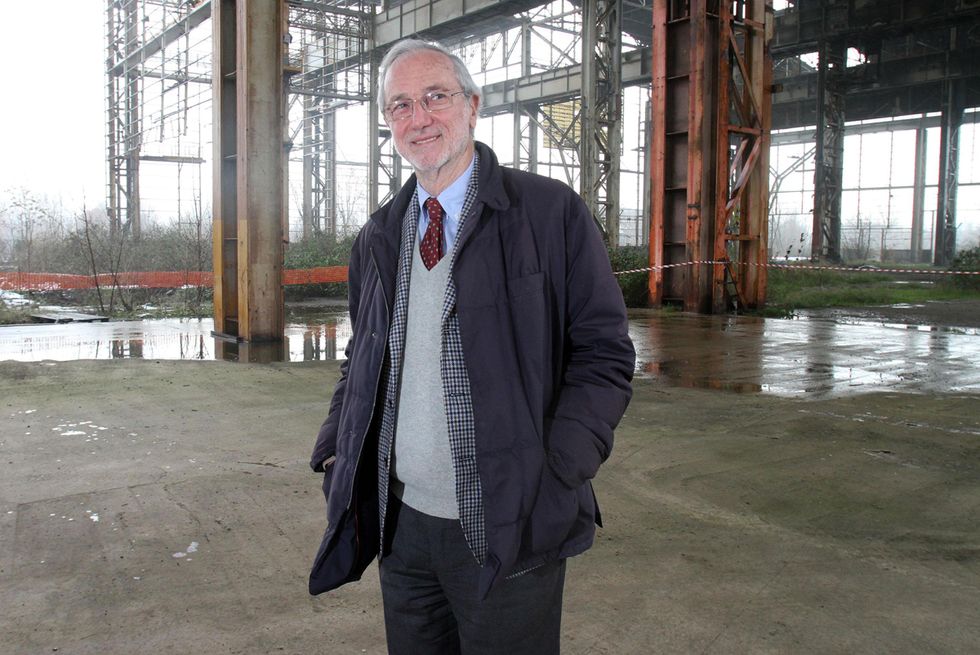 Father-architect, son-journalist and a hot-air balloon to see from above 16 works created over the years. A preview of a very special book

Caledonia is the Latin name by which modern-day Scotland was known in ancient times. The wind blows regularly to the east at 15 knots, the sea is calm and, the on-board computer tells us the water temperature is 25 °C.

To take on this adventure of the Jean-Marie Tjibaou Cultural Center in Nouméa in far-off New Caledonia, required a review of how winds and tides function. Not just for our trip in the hot-air balloon, but above all because during the 26 months of work, four typhoons with gusts up to 250 kilometers/hour hit the worksite. Here, nature is nothing to joke about.

But the buildings under construction survived the cyclones without too much damage. I remember that from the Paris office we followed events live by telephone and with our hearts in our mouths. In the Pacific, the practice of building light is so entrenched for one basic reason?"repeated, extremely violent typhoons. Things that flex resist better than those that are rigid, the ephemeral outlasts the durable. The same is true for earthquakes which are quite frequent here. One of the secrets for increasing building stability in the event of a quake is to make them light and therefore also less dangerous when their mass is set in motion. When you build heavy, here, eventually everything collapses.

This place brings to mind paradise lost, just the turquoise sea of the coral reef, strange pine trees, straight and up to 40 meters tall and nothing but natural landscapes. What did you think the first time you saw New Caledonia?

Before entering the competition for this cultural center which is dedicated to Kanak culture, I went to walk around the place where the project was to be built, that strip of land that seems like an earthly paradise you see down there and which stretches along a silent and serene internal bay. On one side, the Tina Peninsula looks out on the open Pacific Ocean where the trade winds blow, and on the other onto a sort of internal lagoon that is very calm and virtually motionless. An enchanted place unique for its double nature: active on one side and contemplative on the other. Two faces that correspond to two different identities, that of collective life, communication and the presence of the clearly-visible Tjibaou Center, and that of contemplation, wisdom and the modesty of the place. We immediately realized that in this area, the trade winds blow constantly for four months out of the year, so the idea came to us of designing into it a way to play with the wind and its sound, and to use wood as the building material. The other thing that was immediately clear to us was the need to "think Kanak", so before beginning to design, we needed to get to know the Pacific Ocean. I had to learn many things and even just a few months earlier we knew very little about this people.

I'm also not very informed. But you knew absolutely nothing?

I had some very basic knowledge, what everyone knows. For example, that the Kanaks, along with the Maori and Aborigines, make up the population of the Pacific islands.

But how were you able to dialogue with this culture?

It is a culture tied more to gesture and movement than handiwork. It is a physical, action-oriented culture, although, clearly, there are forms of art and craftsmanship similar to ours. So, we needed to design a cultural center that was completely different from Western ones.

Typical structures in this part of the world are borne in harmony with nature and materials offered by nature itself are utilized, isn't that right?

The continuity of the village over time is not tied to the lives of individual buildings, but rather the preservation of a certain spatial relationship and building layout.

The Kanaks, as well as the Aborigines and Maori, have always built "musical houses" that emit sounds when the wind passes through. Just like these 10 wooden "barns" that make up the cultural center.

Naturally, the center could not have been enclosed in and confined to a single, large structure. In fact, it is not one building but a series of wooded spaces and villages with their own functions and purposes, both empty and full.

The second village is not only a conference room and multimedia library, but also contains offices where historians and researchers can work. The third village, at the end of the series, is dedicated to creative activity. As we said, Kanak culture is tied to movement rather than paintings or statues. The barns house dance music, sculpture and painting studios.

The origin of this adventure is at the confine between architecture and anthropology. What was involved was grasping the fundamental, essential elements of this culture while avoiding slavishly copying it and taking care not to fall into the trap of Romanticism, mimesis, pretence or, worse still, a folkloric approach.