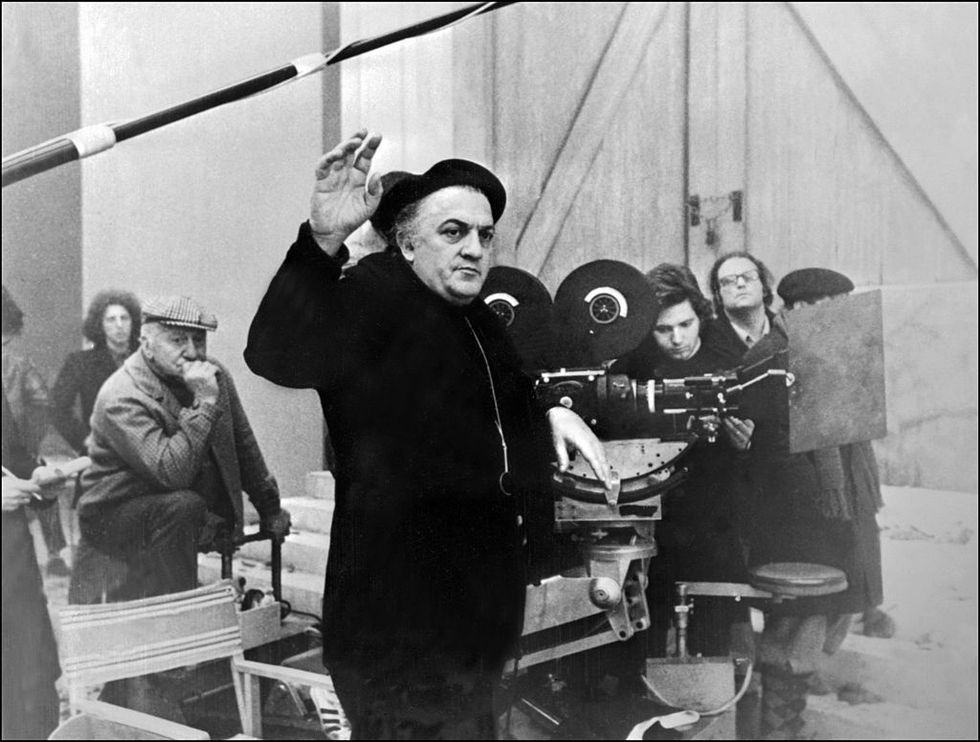 The Italian artist who made the difference in the cinema world

Federico Fellini is undoubtedly one of the greatest Italian artists characterizing the Italian cinema industry. His masterpieces are marked by a unique mixture of oneiric and autobiographical traits within a framework characterized by fantasy and a deep sense of anxiety.

Fellini was an excellent Italian director able to grasp the quintessence of Italian culture through the typical protagonist of his works: a young boor, always very joyful on the outside but with a great sense of sadness on the inside. Since he was young, Fellini showed a great talent in visual art, working as caricaturist for Fulgor Cinema in his city of origin, Rimini. He then moved to Rome where he became part of the cinema world and where he met Giulietta Masina, the love of his life. In 1954, Fellini was awarded his first Oscar Prize with the film "La Strada", very sweet and poetical. After 4 years, the outstanding Italian director receives his second Oscar with "Le Notti di Cabiria" and in 1959 Fellini's "La Dolce Vita" - his most famous masterpiece - receives Cannes Golden Palm.

Fellini's works boldly tell the crisis of traditional values of modern societies and for this become the target of many criticisms, especially from the religious catholic world. In particular, Fellini's relationship with women - told through his films - was the centre of heated debates which saw the director's love for women often opposed to a sense of great rejection of "traditional femininity" associated with a sort of maternal love.

Fellini is one of the most honoured directors in the history of cinema greatly impacting the society and the culture not only of his time but also of the time to come. Masterpieces like "La dolce Vita" have become icons all over the world also introducing new terms. This is the case of the word "paparazzi", which actually became part of the modern vocabulary thanks to Fellini's movie where Paparazzo was the surname of a professional photographer of VIPs.