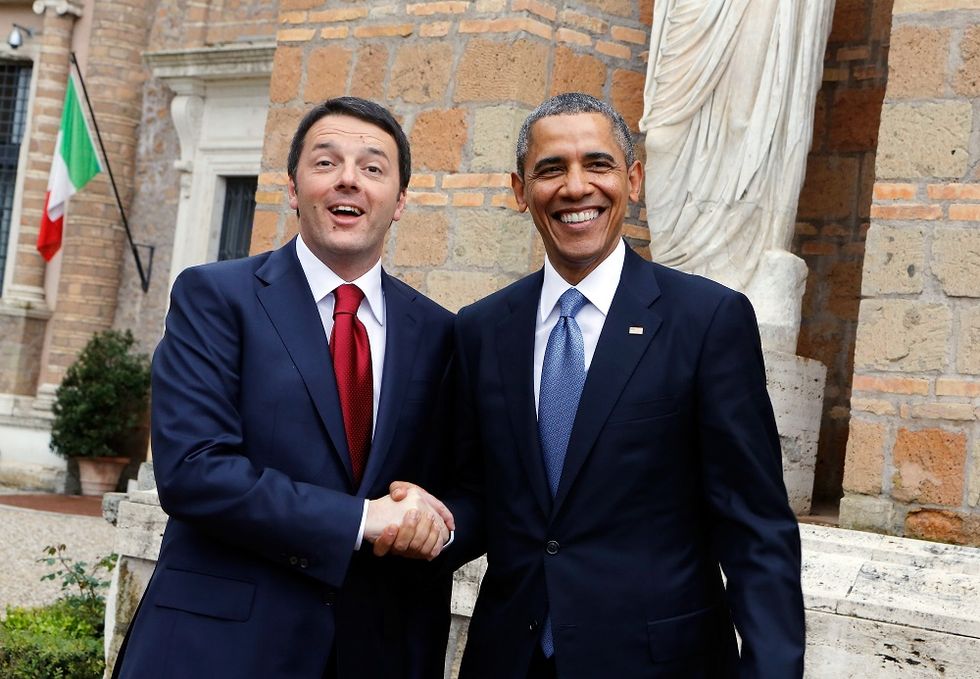 Matteo Renzi and Barack Obama in the United States

After austerity, they believe the time is ripe for reforms

The affection between the Italian Prime Minister Matteo Renzi and the US President Barack Obama was palpable all along Mr Renzi's recent visit to the US. The two leaders welcomed each other with gifts and mutual compliments. The  Italian Prime Minister brought wine, remembering Obama's passion for wineries in Tuscany, while Obama boldly declared "I feel Italian because I love everything from Italy".

The US President stressed that "he was impressed by Renzi's energy and visions" whereas the Italian leader publicly stated his appreciation to the US as a model to refer to. Their syntony interested a number of areas ranging from foreign policy to economics and Libya.

Starting with Europe, their conversation rotates about Eurozone and the choice to continue to grow, regarded with suspicion by both premiers. By the same token, both agree on the need to keep Greece part of it, backing and respecting the government in a hard time such as this, where a lot of fundamental decisions need to be taken. Furthermore, Renzi stressed his positive perceptions on economics and on the importance of investments to create new opportunities. In fact, after austerity, he believes it is now time to reform.

Libya was also a central topic. Italy is the "door of Mediterranean" and what is going on there is something that affects the whole international community, not only the neighbouring states. Both Renzi and Obama agreed on the fact that without an interlocutor, Libyan crisis is far from being solved. Curbing terrorism and limiting its expansion is a priority for both agendas. Moreover, they both stressed the need for a broader cooperation involving other states.

Obama remembered the commitments deriving form Minsk Agreement and the need for Russia and Ukraine to comply with it, not removing sanctions until it is fully implemented.

Another "hot potato" was the nuclear arrangement with Iran. The American President clearly stated that "if Iran will not obey to this new setting, they will need to impose more sanctions". Once again, Renzi backed him also proclaiming Italian support for the military occupation of Afghanistan.