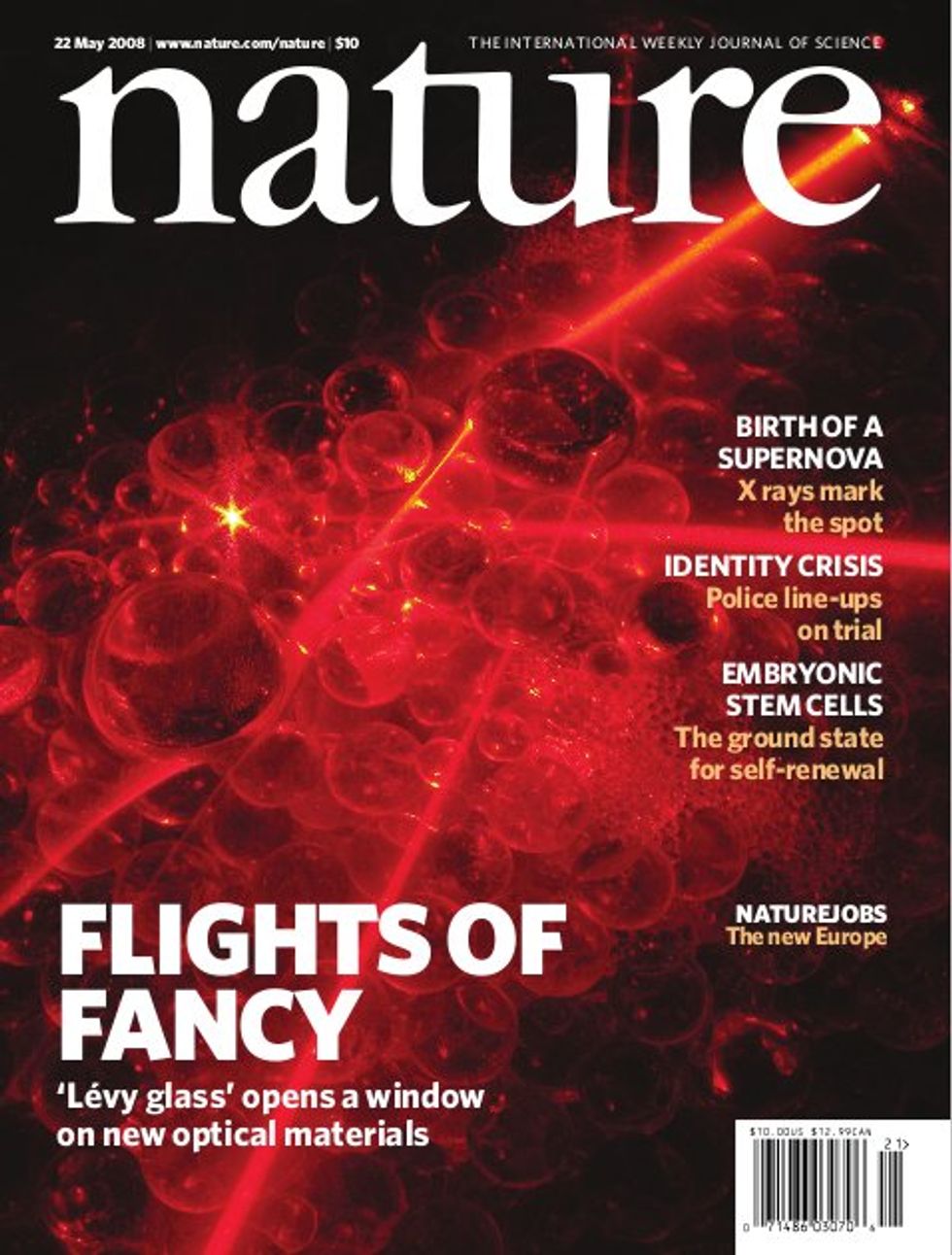 I’ll let you see the invisible

He's a young Italian physicist who has ended up on the cover of Nature magazine. Why? He has invented a technology that makes objects visible behind an opaque screen.

It will be useful above all in medical applications. Having the results of your work published in Nature, the most prestigious science magazine in the world, is an accomplishment (if and when it happens) that fills a scientist with pride. But being featured on the cover is something even more special.

For Jacopo Bertolotti, young (34 years old) experimental physicist from Florence, it has happened twice in the last four years. The most recent cover story being this past November. The subject of his discovery: a technology that makes it possible?"for the first time?"to see clear images behind an opaque screen.

Like many non-tenured Italian researchers, Bertolotti spends part of his life abroad. To Panorama which reached him via Skype at the Dutch University of Twente (where he has a grant), he explains how the Nature cover came about. "The idea just occurred to me by chance. I was working with a Dutch colleague on a different project when he came to me with measurements that just seemed horrible. But I liked the idea of extracting information from that apparent chaos, and I continued thinking about it until, at a certain point, I found a method that could work."

Working with Dutch researchers, Bertolotti developed a method based on emitting a laser beam that makes it possible to obtain sharp images of fluorescent objects covered by an opaque screen (paper, skin or frosted glass). During the experiments, researchers were able to display the image of an object the size of a cell. This technology will be useful in nanotechnologies in areas such as medicine where it will make it possible to see under dense biological tissues. For example, locate a tumor without having to resort to invasive procedures.

The next challenge? "We have demonstrated that the idea is a solid one, but to make it applicable will require further research. I would like to follow this route and see where it takes me. I would like to set up my own research group, but, at the moment, the situation in Italy is not the best. For now, I'll be staying in the Netherlands, although my hope is to return to Italy in the future." (Peppe Liberti)

Jacopo Bertolotti, 34, from Florence, currently works in the Netherlands. Above, the two cover stories in Nature magazine over the last four years dedicated to his research. The more recent (below) appeared this past November 8.