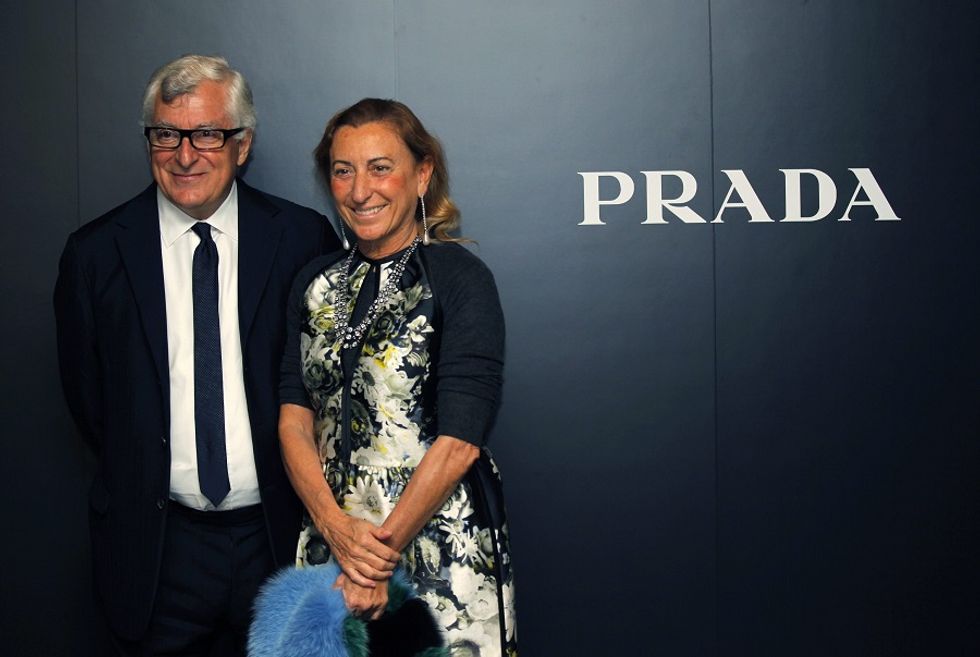 Exploring the secrets of Prada’s success

A few weeks ago Miuccia Prada and her husband Patrizio Bertelli appeared in a long interview published by the New York Magazine, describing the charismatic creative force of the Italian brand Prada as its main asset. However, the couple also admitted that without the machine they build behind it they would have never been successful.

Actually, as reveled by the New York Magazine, "To take a few random figures, the empire employs more than 11,000 people and processes 4 million meters of fabric and 2.2 million square meters of leather each year. As of April, 160 new store openings were planned worldwide through 2016. Its annual revenue is 3.6 billion euros. In an era when other fashion houses have been forced to sell out or shut down, Bertelli's method may be the key to the riddle of Prada's dominance, and its independence."

The couple met for the first time in 1977, when Miuccia took over the leather-goods business founded by her grandfather in 1913. They met in a trade fair where Bertelli was promoting his already successful business leather belts. Miuccia noticed that, and she "immediately contracted him to be her exclusive manufacturer of leather bags, and then they joined forces in every way."

Mr Bertelli loves comparing himself to Steve Jobs "for his freakish levels of quality control", and to a committed foodie who "drives a Porsche, sails a 75-foot yacht, and travels by private jet." People who know him are used to describe him as a man with a strong instinct for what will sell", with shoes and bags on his Dna. Miuccia trusts him completely. Indeed, during an interview a few years ago, she clarified that when she claims that "she had been persuaded to do by the company," she actually means her husband. This is Prada's unique power, and this is the main reason why they have been so successful so far.