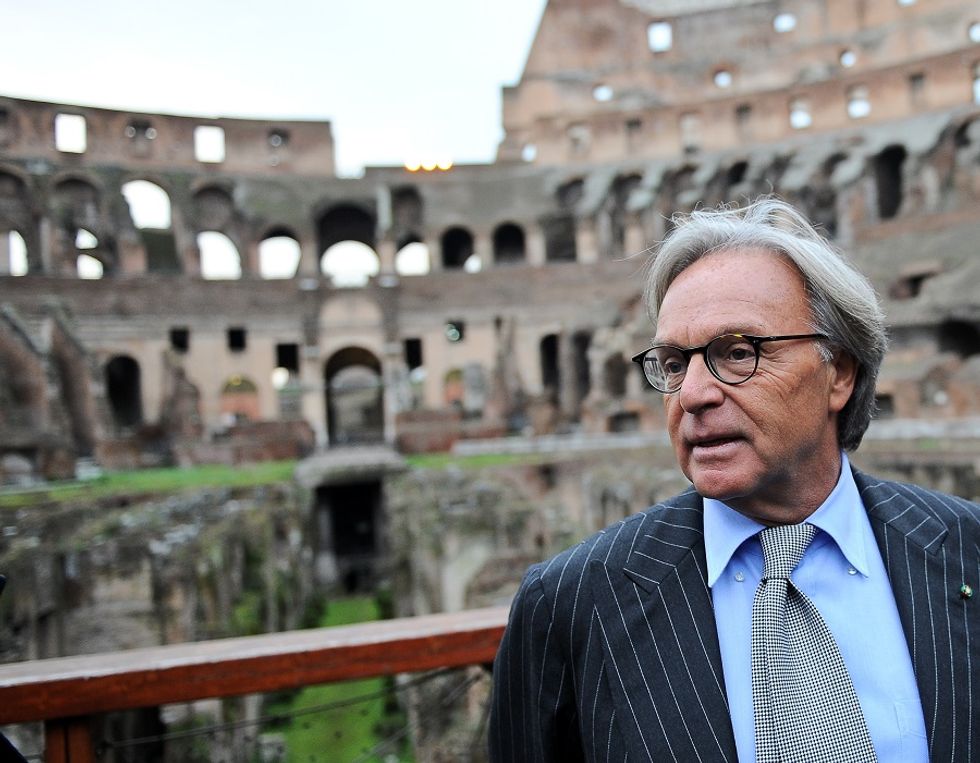 In Italy, fashion moguls not only make shoes. They also restore monuments. Diego Della Valle, the 'capo' of Tod's, opens the Veda with the Colosseum.

Tourists are taking selfies next to the Colosseum, which do not stand out when compared to Caribbean beaches or other holiday destinations. It looks dirty.

Della Valle wants to give back to his country. This magnate divides himself between his role of president of Tod's and his new role as principal benefactor of Italian monuments. The Coliseum project is valued at 25 million euros.

The road has not been pleasant. The former Mayor of Rome, Gianni Alemanno, accepted the proposal of Della Valle, but consumer association Codacons protested the auction saying it had not been clean and it would allow the winning bid to make commercial use of the monument. Finally, the Court gave the green light. Della Valle, who denied the attacks, said everything will be finished in 2016.

Della Valle speaks like a politician only with more power and much better dressed. In 1978, with his brother Andrea, they developed moccasin soled rubber shoes, inspired by the driving shoes worn by his admired Gianni Agnelli. Della Valle and Andrea also changed the company name from Della Valle to Tod's.

Three decades later, Gommini moccasins are the foundation of a global group with a turnover of 963 million euros (2012).

The sale of Italian historical assets to Asian investors has set off some alarms. Carlo Calenda, Deputy Minister for Economic Development, said to El Pais that "Italian fashion is being attacked." Della Valle shrugs." It is preferable for a company to stay in Italy, but if not possible the most important thing is that its future is assured."

Tod's group speaks a global language, identical for everyone. A language that uses pictures: photos of artisans sewing the seams of a bag, dolce vita snapshots of the fifties ... Or, why not, of the Coliseum itself.