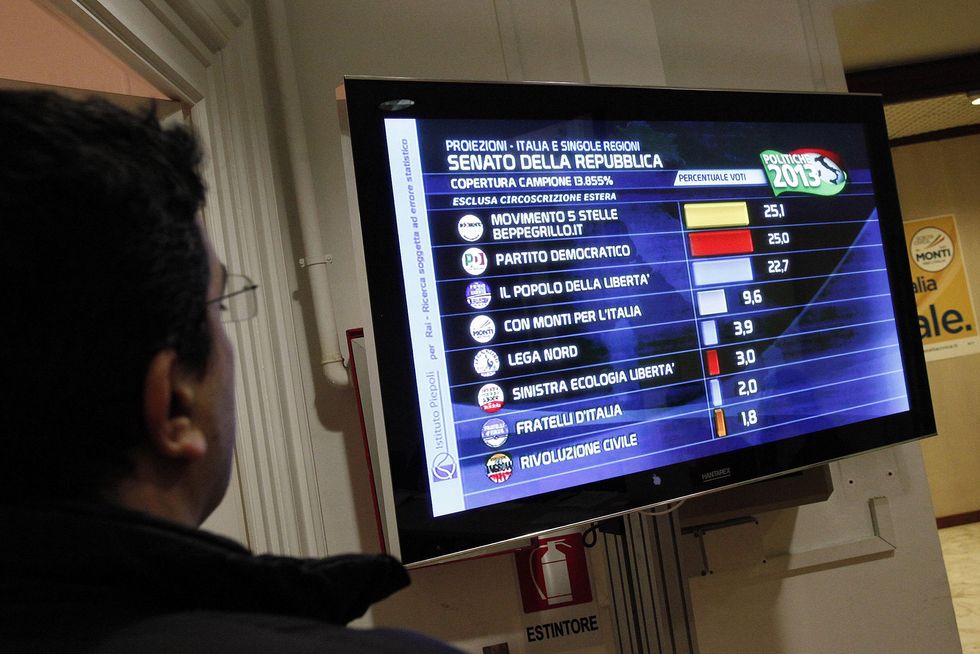 The results of the last Italian general elections, reflect an image, that linked to a psychiatric metaphor as a "dissociative democracy," where society and politics are deeply separated, but after the last general election the symptoms are those of an advanced  "schizophrenia."

Three are the evidences that confirm this diagnosis.

1st) The increased level of abstention. Seven points less compared to that of the previous elections, a decreasing trend that started in the 80s. The fact itself is not alarming, in several other western political systems, abstention is even higher than in Italy, and this has never laid their democratic systems on the line. But if we consider the potential abstention, as a much larger area, at least the double, of that where the "5 star Movement" found consensus, in this case we realize there is a spread social protest, a sort of rebellion, that once we subtract the "physiological" percentage, abstention from voting reflects an anti-establishment political choice which is an alternative to the vote for Grillo, but with a similar backgrounds of reasons.

2nd) The clear success of "grillini": feared, exorcised, never taken, up to now, into serious consideration,  they have become now real as a living ghost to the political parties still under shock. The considerable number of these unknown, and likely" beginners thrown into the fray" is the real shattering change of this elections : a sort of "monster"(in the literal sense,) produced by partitocracy that might  swallow up its "ancestors" or even end up eating itself.

There are questions about a possible leadership transformation. "From a sociological point of view". Max Weber used to say, in fact, " no movement can rest longer than that on the "emotional" relationship with its "charismatic" leader, in the end the so called "routinazation of charisma" supplants. In plain terms, this may mean two things : the first is that Grillo and his entourage could give life to a "cesaristic", that is a dictatorial project, or else, and this would be better, the movement could structure itself, with an internal organizations, with different roles, and a consequent power hierarchy, in other words, the movement would turn into something like a real political party.

3rd) This scenario marks the point of no return, the "entropy" of the second republic.

The result of this situation is the impossibility of governing the country, an extreme difficulty in forming a stable government. Markets have already been affected by this uncertain situation and showed what kind of future, marked by economic and financial involution expects Italy, already "socially exhausted."

It would be easy to conclude with a " just goes to show", trying to find an intellectual satisfaction by noting that  the hypotheses we had elaborated in our research work at Luiss Laps (the political and  social analysis laboratory I supervise at Luiss University) were right.

But, if, as an academic, I can feel fulfilled, as a citizen I am definitely not. I am afraid Maya's catastrophic prophecies regarded the Italian political system.

Raffaele Demucci is a jurist, sociologist and political scientist