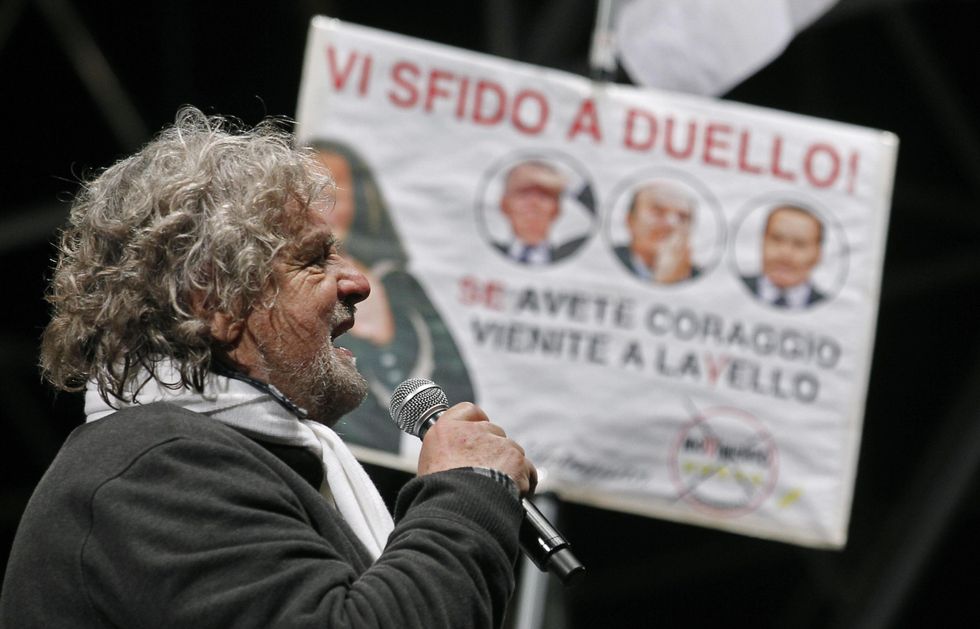 Nobody won the Italian elections. What now?

The recent Feb 24-25 2013 general election were supposed to provide a unique opportunity for the Italian political leadership to pass much needed and long overdue structural reforms.

Contrary to the much-trumpeted Italian un-governability, the recent Feb 24-25 2013 general election provide a unique opportunity for the Italian political leadership to pass much needed and long overdue structural reforms.

Electoral voting system, reduction of the number of representatives in both chambers, abolishing the bulk of the Italian provinces, are some of the achievable reforms that would allow a more serene and constructive general elections in 16 months. These measures and timeline would, in turn, send a clear and positive message to the financial markets.

While nobody won and the 5 Star Movement, led by Mr Grillo, a former comedian, stroke a lethal blow to the traditional political parties, conditions are ripe for a grand coalition uniting the left and the right to recoup political credibility and, ultimately, leadership.

Mr. Bersani, center left, and Mr Berlusconi, center right, know it all too well. Once the elections' dust will settle and animosity from both sides will fade, even the most hawkish will be persuaded.

The 5 star movement is the Mediterranean equivalent of the Arab Spring. To their credit, more civilized, democratic and peaceful yet revolutionary. As any revolutionary movement its thrust will endure as long as they will remain "anti". Protest and rebellion is their glue, a common denominator underpinning economically unfeasible policies (citizenship minimum salary costing Euro 35 billion a year, 20 hour work week, retirement age at 60, ...).

Mr Grillo , in fact, has called this election "juts a warm up" awaiting, in his view, for the next election round in six months to win it all. Numbers are on his side: 25% of the Italians did not vote, quite a high a percentage, and he won 25% of the votes.

Any ambition to strike a deal with Mr Grillo by the center left will prove vain. First and foremost, Mr Grillo has not been elected. He will lead, theoretically, a hoard of 109 MP (lower house) and 54 senators from outside the parliament. Unseen in any parliamentary experience.

This is a movement, not a political party, hence flat with no hierarchy. According to the Italian constitution, the head of State, after a round of hearings with parties' leaders, will appoint the Prime Minister. Who will be the 5 star leader? Democracy, by and large, is the art of compromise.

The 5 star movement is, by its very nature, stiff and focused on implementing its much unfeasible political platform. The regulations that govern the parliamentary works require skills and experience. All 5 star representatives are freshman with no political background.

This makes the 5 star movement an impossible political partner.

Should Mr Bersani and Mr Berlusconi fail to harvest the low hanging fruits that such an outcome provides them with, then let's all be 5 star supporter.