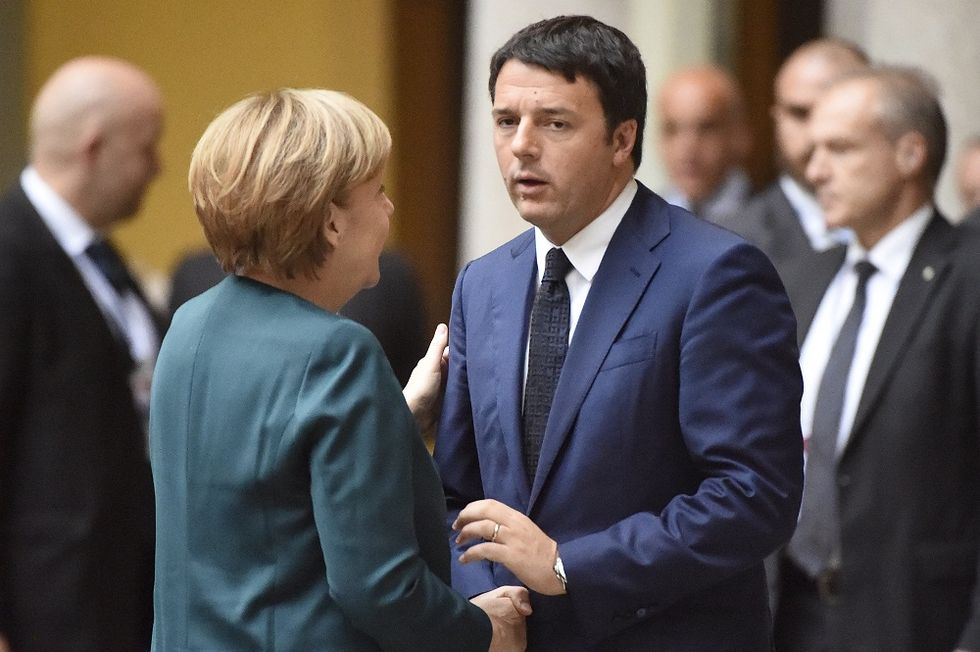 Frau Merkel says Italian and French Reforms are not Enough

The German Chancellor Angela Merkel has urged Italy and France to work harder in order to improve their economic situation, arguing that Italian reforms are not sufficient.

This statement was not welcomed since the German zeal in identifying bad performances and acting as the European watchdog for economic stability hide many deficits of the country itself.

It seems like Mrs Merkel looks at her neighbour's speck in his eyes without noticing the great log in hers. This parable resumes the Italian undersecretary to European Affairs Sandro Gozi's opinion on the topic, i.e. maybe the Chancellor should think about the lack of investments and the deficits within the German context before judging the others. Italian situation is not a happy one at the moment, but the new government is making lots of efforts to improve its economic performance.

Pier Carlo Padoan - Italian Minister of Economy and Finances, has pointed out the fact that economic growth is a long process and no magic wands nor shortcuts can make it faster. Some solidarity comes from Padoan's German peer, Herr Schaeuble, who has shown great respect for Italian government and its ability to cope with so many difficulties. Other voices of appreciation came from US President Barack Obama and the International Monetary Fund.

As a matter of fact, Italy is engaged on multiple fronts. Reforms concern justice, institutions, school and the job market and in each of these sectors there are significant obstacles for effective performances.

Perhaps, giving report cards is not a functional input for a country which is really working hard to find its way out from the crisis. Instead, it causes frustration and resentment that can damage EU already precarious unity.

There is a need for cooperation and encouragement, praising and recognising what has been done so far despite the great difficulties. Let's wait and see what Italy will be able to do.