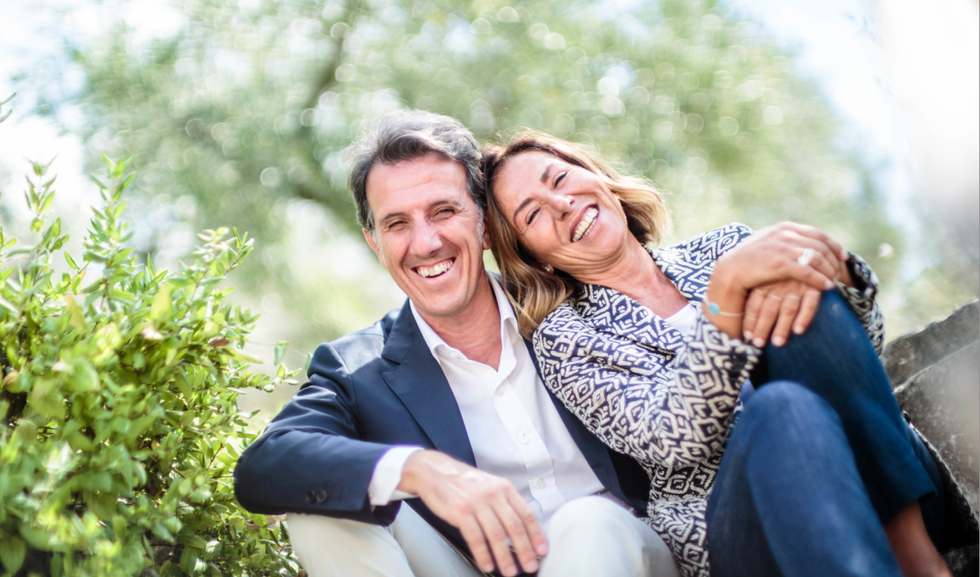 Finally, a good year. Following the Xylella nightmare and poor weather conditions that decimated the Italian olive crop last year, "this year's harvest is healthy and of excellent quality". This alone would be reason enough for Zefferino Monini, the fourth generation at the head of the Umbrian-based Monini oil group, to be satisfied. But there is also another: Monini Bios, his 100% Italian organic oil, came first in the Altroconsumo comparative tests of 21 oils sold in supermarkets, closely followed by Monini Classico, the best response to what have become the daily reports of fraud involving extra-virgin olive oils.

“Unfortunately, only 30% of the oil we consume is Italian and it is a product that is only marginally controlled, which is why fraud is so widespread,” notes Monini who, along with his sister Maria Flora Monini (seen together in the photo), run the Spoleto-based company with a turnover of 130 million euros. “Plus, government policy does not aid agriculture, whereas in Spain they develop long-term plans for olive cultivation.”
As a result, the Italian oil sector has become increasingly polarized around the major brands owned by foreign companies (such as the Chinese Bright Food that has acquired Sagra and Berio) and small niche brands. The challenge for Monini is to remain in-between: to remain autonomous while producing a quality extra-virgin olive oil.

“We export 35 percent of what we produce and we are aiming for 50 percent to attain an enhanced equilibrium in the future. But this will take time because our course is more complex.” In fact, the company produces only oil under its own brand and not for private labels and, above all, the extra-virgin oil sold in Italy is the same as that exported. A quality choice that has paid off. Since 2000, Monini has quintupled its billings in the United States and is among the top ten brands present on US supermarket shelves, and this 100% Italian extra-virgin oil is the market leader in Poland and Russia.    (Mikol Belluzzi)