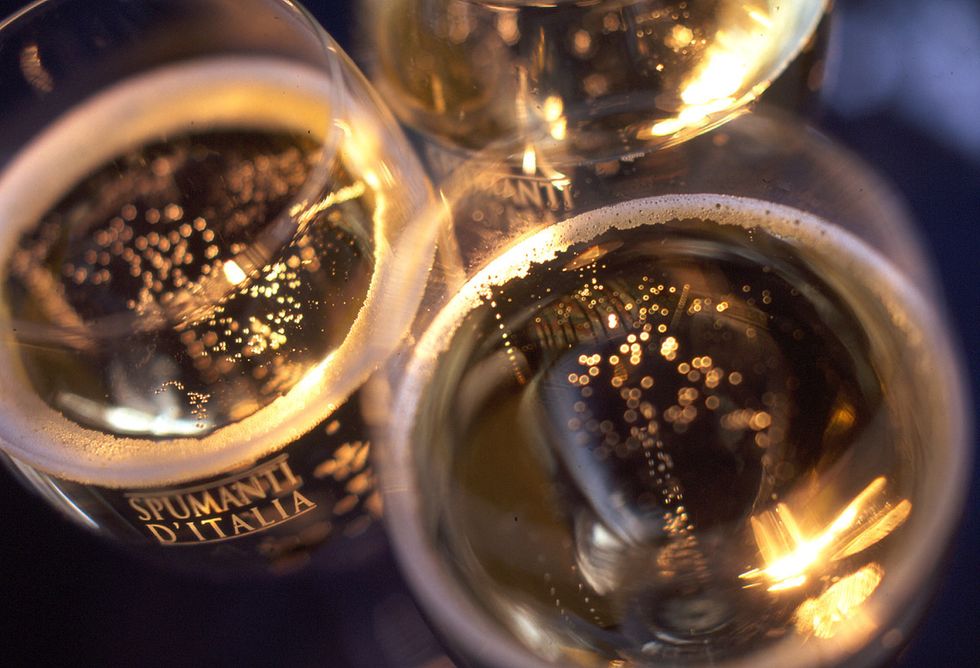 For once, in a paradoxical way, crisis seems to play in favour of Italian products.

With reference to Italian Spumante and Prosecco wines, sales, in 2012, recorded a 12,96% growth compared to those of 2011, with a 2,5 billion euro sales volume spread in 78 countries.

These data released by Ovse ( watchdog for sparkling wines ), can be explained by observing that in a moment of crisis, world consumers prefer, by now, officially recognized high qualty sparkling wines, but at the same time more affordable than the French Champagne.

Giampietro Comolli, economist and Ovse President, explains that, while a bottle of Champagne cost is, on average 60 euros, a likewise high quality bottle of Spumante costs 20 euros. Consumers trend is, therefore, looking for more affordable, made in Ialy products, but with an internationally recognized high standard quality, though according to experts, champagne is still considered of superior quality.

In the sparkling wine sectors, Spumante and Prosecco are words become of common use at all latitudes.

Europe is one of the main areas in the world where the Spumante consumption is making inroads, representing the 54% of the sales volume.

It is interesting to notice that, among the major Italian sparkling wines importers countries, there is, amazingly, France, with Holland, Switzerland, Sweden, Austria and Poland.

Export to the US market shows also a constant growth, around 15% of the world total, that is 45,6 billion bottles.

The other more important or emerging markets like Japan and Far East countries record a growth in value by 11%. Export to China is also increasing, as well as to Russia where Prosecco and Spumante from the northern regions of Piemonte and Lombardia are particularly appreciated.

This so-called "bubbles market" (referring to the sparkling wines) is expected to stay "bubbling" also over the next years. According to Comolli, in fact, instabilty factors might play in favour of Italian wines.

"Consumers' unfaithfulness": consumers are getting more and more open to change and try new products, as the switch from Champagne to Spumante proves.

" Abandon", consumers used to buy a product to a certain price, might not accept a price increase on that product, and decide to "abandon" drastically that product and that label to try something new.