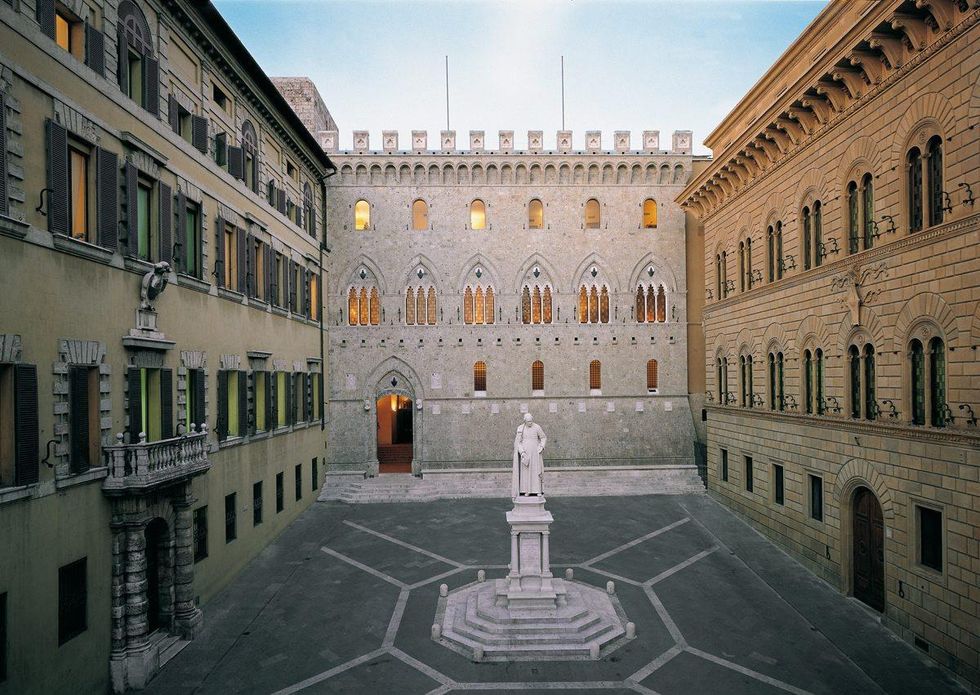 Three lines are followed and investigated by the Siena prosecutors pool with regard to the complex Monte dei Paschi di Siena case.

The first concerns the acquisition of Antonveneta bank by Mps in 2007 from the Spanish Santander bank for 9,7 billion euros.

Prosecutors of Siena suspect some money may have been used to pay  several bribes to secure the deal. The Santander bank recorded an over 2 billion euro capital gain, following the Mps' purchase of 1000 branches of the Padua bank.

The second deal under scrutiny is the management of two derivates, the so-called "Santorini"  and "Alexandria." In this case investigators suspect  fraudulent accounting and obstacling access to information offences.

With regard to derivates, the people  under investigations  are former director of the Londoner Mps branch Matteo Pontone  and Alessandro Toccafondi, assistant of Baldassarri.

Investigations are getting even more complicated since four prosecutors pools might be in charge: besides prosecutors in Siena, those of Milan, Rome and Trani.

The Lazio Regional Administrative Court ( Tar) has already called senior Bank of Italy officials to report on the Mps situation.

The Roman prosecutors said they are looking into possible market manipulation.

Former executives of IOR, the Vatican bank, have also been questioned with regard to suspect operations at Mps.

The Magistrates of Milan were the first to find out about the derivate trade so-called "Alexandria", the deal Mps signed with Japanese bank Nomura, in connection with the investigation of the Swiss financial services company Lufitin.

Milan prosecutors, who closed the investigation with the indictment of 18 people, sent Lufitin papers on Mps case to Siena. In those documents, in fact , two top managers investigated by prosecutors of Siena, Pontone and Baldassarri, are said to be members of the 5% gang, this is the percentage of money they kept per each operation.

Prosecutors in the southern city of Trani have opened an investigation into the supervisory action of both Bank of Italy and market watchdog Consob regarding Mps.

Prosecutors said they might consider the opening of criminal procedures for insider trading and market rigging.