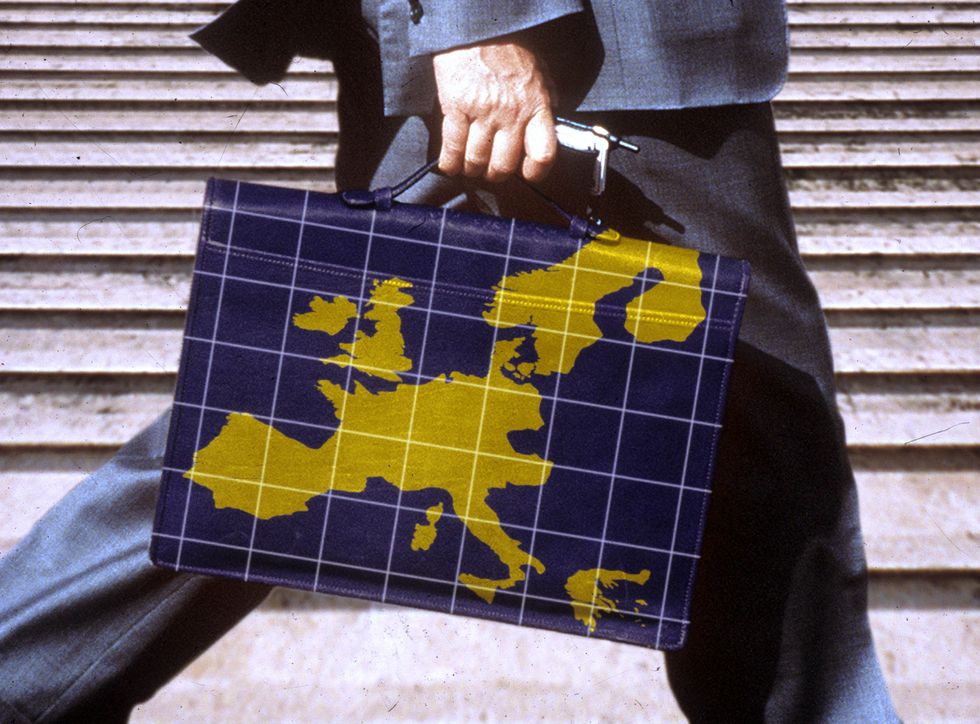 Italian business, get a job

Youth unemployment is at an all-time high, and yet companies are in search of thousands of people. What’s going wrong? Here is an instruction manual for a market that is tough, but not impossible

Some call it the Y factor?"Y for youth. And it represents the level of under-25s in the job market in Italy. ISTAT figures are tough: in November 2012, in the 15-24 age bracket, unemployment broke through the 37 percent ceiling, a leap of 5 percentage points over the same month last year (compared with a general unemployment level of 11.1%).

In absolute terms, this means 641,000 young people are looking for a job. The result of the unprecedented economic crisis, "but also the almost complete disintegration of the connection between school and workplace," says Stefano Colli-Lanzi, 48, managing director and owner of the GiGroup, the no. 1 job placement agency in Italy with a market share of 11%, right behind Swiss-owned Adecco (14%) and US Manpower agency (13%). "This also explains the paradox of why, even today, thousands of jobs remain unfilled."

At Manpower, they talk about "unfindables". And, to tell the truth, there are a lot of them. Companies are not blameless in this process. They want people who are ready immediately, without having to train them. "Short-term logic reigns," explains Federico Vione, head of Adecco, who offers this advice to young people: "Roll up your shirt sleeves. There's work out there."

But how? The first step is to take a close look at your skills, both training and professional, analyzing expertise (what you can do) and personality (what you're like). Set precise and attainable goals. A liberal arts degree for someone who wants to work in human relations is not enough. You need a masters or specific post-graduate specialization course. Experience abroad is recommended. And looked upon highly.

In preparing a personal check-list, employment agencies can also be very useful because they have the pulse of the market and can give advice on how to fill in the gaps. In any case, you must keep an eye on all potential channels for finding a job: corporate websites, classified ads, online and offline employment agencies and firms, the public sector and the social network. With this caveat: every job profile has more or less its own channel, and this must be identified.

"Eighty percent of our hirings are the result of sifting through 2,000+ profiles we receive each year on the company website," says Fabio Bernardi, head of human resources at Ottica Avanzi, acquired in 1999 by the Dutch-owned Grand Vision group, with 172 eyewear outlets in Italy alone, a thousand employees of which 35% are under-30 and 120 new jobs expected over the two-year period 2013-2014. "But we also turn to employment agencies and consultants if there is no one in our data bank who meets the job profile we are looking for."

So, you need to visit the websites of individual companies. And don't worry if they ask you to enter your profile, line for line, taking an interminable amount of time. It could be worth it.

Plus, building your resume is essential. Never write more than two pages. If anything, focus on your job expectations. Avoid banalities and clichés. No descriptions like, "excellent communicator, natural leader or good team player"?"they only irritate. Write a presentation cover letter, especially if you are just starting out, emphasizing why you think you can make a difference in that specific job and in that company. Blanket distribution of resumes to whoever comes along will just be torn up. Others that are too wordy or poorly organized will be relegated to the circular file. More than a third of personnel directors take less than 5 minutes to review a resume, and sometimes just 1 or 2. This according to Robert Half recruitment consultants.

If you are called for an interview, make sure you arrive on time. This might seem obvious, but it's not. Many interviews never even take place because the applicant arrives late. Coherence is everything and even appearance counts. Don't be aggressive, informal or, even worse, passive. Don't lie. Dress appropriately and keep calm, including in the face of provocative questions.

No matter how coveted the position, before signing, clear up any questions about the job being offered, the entry level, potential for growth and anything else. "Don't be afraid to ask," advises Colli-Lanzi of the GiGroup, but watch out for taboo areas, such as vacation time and future raises. Stating up-front that you won't do overtime and that you're not available for travel or transfers are absolute no-nos. And yet, some people do. Stefano Scabbio, 48, number one at Manpower, says, "Today, what calls the shots is the balance between work and private life. Those willing to make sacrifices are few and far-between."

The explosion in the ranks of the NEET (Not in Employment, Education or Training) would seem to confirm this. According to a recent study by CNEL (Italian National Council of Economics and Labor), in the 15-29 age bracket, those who are inactive are over 24% of the total, more than 10 points higher than in the United Kingdom and France (both at 14.6 percent) and Germany (11 percent). This means that, in Italy, one person out of 4 who is under-30 does not have a job and is not at school or in a training program.

Does this mean they are just "choosy" to quote Italian Minister of Welfare Elsa Fornero, a comment that triggered an avalanche of criticism? "If anything, they're just out of it," says Scabbio, highlighting another problem?"the (virtually) complete refusal of authority, which he blames on the regular use of new technologies. Online, authority hierarchies do not exist, so why acknowledge them in real life? And, speaking about technologies, he warns: "Watch out for social networks, they can be a two-edged sword."

This is true. Most employers use the Net to find out anything they can about applicants. Facebook and Twitter can be very dangerous if not used properly. More than risqué photos or wild parties, comments are what have an influence. Make sure to avoid any comments about potential employers?"no insults or offensive comments.

On the other hand, Linkedin is strategic, especially for mid- to high-level positions. It is no accident that Spencer Stuart, one of the leading head hunter agencies, announced at the start of 2013 that it would no longer sift through the resumes it receives, preferring to carry out searches based on Linkedin and other informal channels (read: who you know).

And in terms of job contracts, what's to be expected? Based on what young people are saying, permanent positions are still the most sought-after, although extremely rare, especially as a first job. For Federico Vione of Adecco, a change in mentality or, more precisely, in perspective, is required. "Flexible does not necessarily mean temporary.

Short-term contracts must be accepted and experienced as a natural part of the growth process. If you have a specific career goal in mind, every work experience is useful." Colli-Lanzi of GiGroup says the same thing: "Stability does not mean the same job for life. If anything, it means being continuously employed, what in English-speaking countries is called 'employability'." In other words, what counts is having the right skills to remain hooked into the job market. This is the challenge on which the future of young (and not-so-young) workers depends

Speaking of contracts, it should be noted that internships and apprenticeships are quite common and the entry mode preferred by companies. Internships alone are estimated to number 571,000 each year. And apprenticeships are just slightly lower at 542,000. Followed by freelancers (535,000), contract jobs (416,000) and the so-called "jobs-on-call" (202,000). And these do not include only young workers, nor are they the only sort of contracts that exist.

In total, there are about 30 different types of special agreements, down from 46 before Italian law 92/2012, better known as the Fornero reform, was passed. So, watch out what they offer you and be aware that even for internships you must be paid. Looking for one? Check out Sportellostage.it or 4stars.it, two of the most popular websites.

And finally. Don't be shy about letting people know you are looking for a job. Word-of-mouth remains the most common way of finding work and some companies even pay employees good money for recommending friends and family. For example, at Accenture Italia, information is shared on the company's intranet and if someone is actually hired, the employee making the recommendation is rewarded. The reason is simple: people are unlikely to recommend someone they don't think is right for the job.