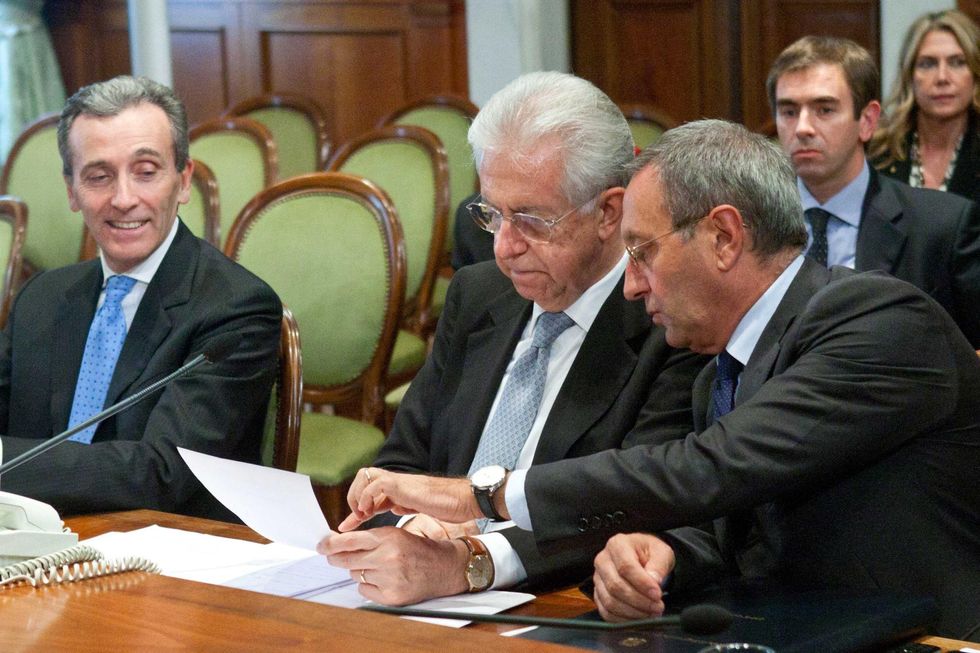 Italian Stability Law: Income tax down, VAT up one point. A look at all the measures

11.6 billion euro interim budget to reduce the deficit, including taxes and cuts to the regions. Tobin tax passes.

IRPEF (income tax) - Taxes will be lower for everyone. The rate for the first two brackets was cut: respectively, from 23% to 22% and from 27% to 26%. The cost of the reduction of the first bracket, applied to all incomes, is 4 billion euros, while for the second it is 1 billion. Incomes under 7,500 euros are not subject to tax and, therefore, are not affected. Also safeguarded are incomes up to 15,000 euros for which neither detractions nor deductions will be touched. Above this cut-off, however, the tax rate will be reduced from 23% to 22%, but there will be cuts in tax breaks: a 3,000 euro ceiling for detractions, and many deductions will be lumped together with a total blanket deduction of 250 euros.

TOBIN TAX - Stability Law coffers will not only be filled by the spending review, but also through the Tobin Tax and revision of "tax expenditures".

IMU tax on CHURCH PROPERTIES - The government modified the IMU property tax law for non-commercial properties, and therefore also those belonging to the Roman Catholic Church in order to draw up the regulatory structure "in time for the tax year" which begins on January 1, 2013.

PUBLIC SECTOR EMPLOYEE WAGES - Confirmed the contract freeze until 2014. For 2013-2014, not even the vacation benefits stipulated by contract will be paid out, but they will return in 2015, calculated on the basis of projected inflation levels.

WAR PENSIONS - War and disability pensions will be subject to IRPEF income tax, but only those over 15,000 euros.

BANKS AND INSURANCE COMPANIES - As Economics Minister Vittorio Grilli explained, insurance minimum reserve advance payment will rise from 0.35% to 0.50%. The law calls for the payment amount to decrease to 0.45% in 2014. Bank deductions for the higher amount due to realignment for the substitute tax will be deferred for 5 years.

DEBT REDUCTION FUND - New arrival is the possibility of contributing to the fund to amortize government bonds and receive a tax break of 19% of the gross tax.

RENT AND CAR AND PROPERTY PURCHASE - Rents and purchase of new properties by all public administrations has been halted, as well as the purchase and leasing of cars. Cutbacks also in the purchase of furnishings and expenditures for IT consulting.

PUBLIC HEALTH CARE - Cut of 1.5 billion euros in the public health care system thanks to a further reduction in expenditures for the purchase of goods, services and medical equipment.

CUTS TO REGIONS, MONEY TO MUNICIPALITIES - Across-the-board cuts to special-statute regions provided for in the first spending review have been increased by 1 billion. But 160 million more will go to theCampania region and about 130 million to the fund for municipalities in economic difficulty.

UNIVERSITY - The university budget could increase by 3% per year. For some research bodies, this rises to 4%.

HIGH-SPEED TRAIN (TAV) AND TRANSPORT - About 800 million euros earmarked to finance study, planning, activity and works: 1.6 billion starting in 2013 for local public transport. 800 million euro for the Italian rail network and 300 million for ANAS (entity that oversees roads and highways). 300 million penalty for the halt in theMessina bridge project.

ANTI-CORRUPTION COMMISSIONER - Creation of this new position to preside over the commission for public administration evaluation, transparency and integrity. Will be zero cost.

PATRONAGE BELT-TIGHTENING - Patronage funding cut by 30 million euros in 2014 and an additional 30 million in 2015.

MILK QUOTAS - Collection of the fines for those who exceed milk quotas returns under the aegis of Equitalia.

PUBLIC ILLUMINATION - In order to save, there will be less artificial lighting at night.