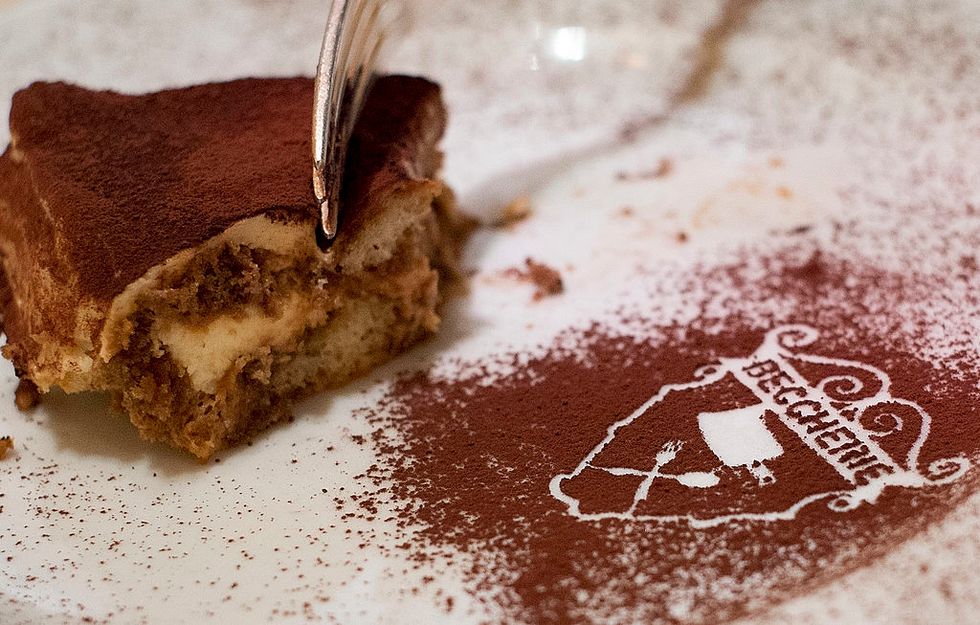 Tiramisu: a landmark of Made in Italy known all over the world

Discovering the secrets of the most famous Italian dessert

In spite its great fame, Tiramisù is very young and it was invented less than 100 years ago. Its name became famous in the 1980s, when the recipe also started to spread.

Several legends rotate around the Italian dessert and its creation. For instance, rumours say that Tiramisù was invented in Siena (Tuscany) in the 17th as a treat to please Grand Duke Cosimo de Medici. Nevertheless, this story seems to be quite imprecise because mascarpone (the main ingredient of Tiramisù) was invented in Lombardy and it was not known in Tuscany at that time.

A more reliable story says that Tiramisù was invented in Treviso by a family-run restaurant called Alle Beccherie. The place was owned by Ada and Aldo Campeol and, according to the tale, Ada invented the recipe in the 1960s. She wanted a dessert that would give her energy after the birth of her son. The perfect combination between cheese, eggs, sugar and coffee might have inspired the dessert name Tiramisù, i.e. "pick me up". Surprisingly, the restaurant Le Beccherie shut its doors in 2014, but then six months later, Paolo Lai - the new owner - reopened it giving the place a modern makeover. There have been several attempts to have the Treviso recognised by the European Union as the birthplace of Tiramisù, as Naples is for pizza. Still, nothing formal has been achieved.

Last but not least, gluttons should know that Tiramisù is very easy to make: egg yolks and sugar are whisked together before adding mascarpone and create the cream. Meanwhile, sponge finger biscuits are dipped into the espresso coffee and arranged on the tray to create several layers on which the mascarpone cream is added. Basically, one should alternate biscuits and cream for as many layers one wishes and cover the final layer with cocoa powder. After a couple of hours in the fridge, Tiramisù will be ready for serving.