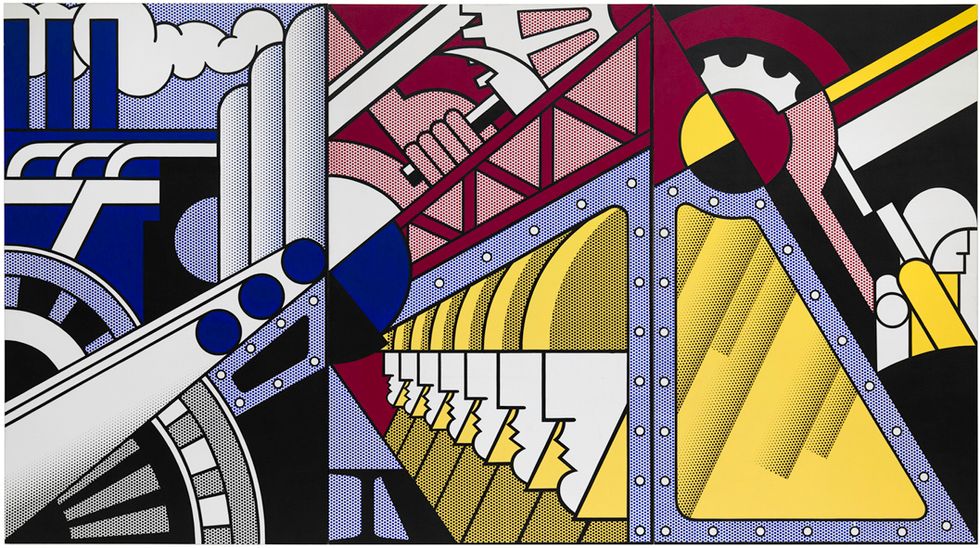 The Sixties in the Guggenheim Collections

This eagerly anticipated show ‘The Sixties in the Guggenheim Collections. Beyond Informel towards Pop Art’ will be on public view in the Arca of Vercelli from 9 February to 12 May 2013

Comune of Vercelli announces the sixth in its highly successful series of exhibitions promoted by the Piedmont Region in partnership with the  Peggy Guggenheim Collection and curated by Luca Massimo Barbero.

This eagerly  anticipated show titled 'The Sixties in the Guggenheim Collections. Beyond  Informel towards Pop Art' will be on public view in the Arca of Vercelli from 9  February to 12 May 2013.

Following last year's exhibition dedicated to Miró, Mondrian and  Calder, 50 works of European and American art from the 1960s have been assembled  for Vercelli this year. Robert Rauschenberg, Jean Dubuffet, Cy Twombly and Frank  Stella are among the protagonists of this extraordinary decade.

The exhibition  includes several works from Andy Warhol's 1964 series ofFlowers. Thirteen works from the  Hannelore B. and Rudolph B. Schulhof Collection, recently acquired by the Peggy  Guggenheim Collection, will be on view to the public for the first time outside  of the Venetian museum.

The exhibition sets out to illustrate the artistic panorama of the  sixties. It does so by confronting European and American creativity in a  transoceanic dialogue. This approach, made possible by the resources of the  Guggenheim collections in Venice and New York, reveals parallelisms that  disclose a new dimension of visual culture.

1964 saw the triumph of American Pop Art at the Venice Biennale.  Robert Rauschenberg was awarded the Grand Prix for painting, signalling a shift  in the art system's center of gravity from Paris to New York.

Less than a year  had passed since the assassination of United States President John Fitzgerald  Kennedy, in Dallas, Texas, an event which had seemingly stifled the American  Dream. The work of Rauschenberg, with its audacious originality, witnessed the  beginning of a world in which media and communication play an increasingly  central role, influencing everything from art to literature to cinema.

In June  1964, the unanimous recognition that decreed his success created a sensation,  and for the first time European art lost its cultural dominance over the United  States.

The exhibition narrates this transition through different avenues of  research, exploring three segments of intentionality?"those of pictorial  reduction through the use of monochrome, the new values given to objectivity and  structure, and the evolution of a demotic figurative language drawn from media  icons and advertizing imagery.

Monochrome, this new figuration, and pictorial  experimentation of a synthetic, almost conceptual kind, were the poles between  which the American and European artistic research moved, in a complex  coexistence.

The exhibition unfolds by signalling three fundamental moments that  reveal much about art during this period. The first is represented by a  situation of theInformel transitioning to a new attention to signs and intervals, in which matter and  language become instruments of an unprecedented experimentation: artists such as  Dubuffet, Antoni Tàpies, Twombly and Mark Tobey.

Parallel to this, the reduction  of expressiveness is represented by various treatments of monochrome and of  pictorial space, based on the emptying out of composition, emotional coolness,  and the material redefinition of how paintings are made (such as the shaped canvas), expressed by artists  such as Fontana, Enrico Castellani, Stella, Kenneth Noland, Morris Louis, Agnes  Martin and Bice Lazzari.

The culmination of the show is represented by the icon  and the media revolution of the new Pop figuration, based on the  reinterpretation and desecration of traditional visual communication according  to the coordinates of the contemporary trends of New Dada, New Realism, and Pop  Art, represented in the exhibition by artists such as Jasper Johns,  Rauschenberg, Richard Hamilton, Roy Lichtenstein and  Warhol.