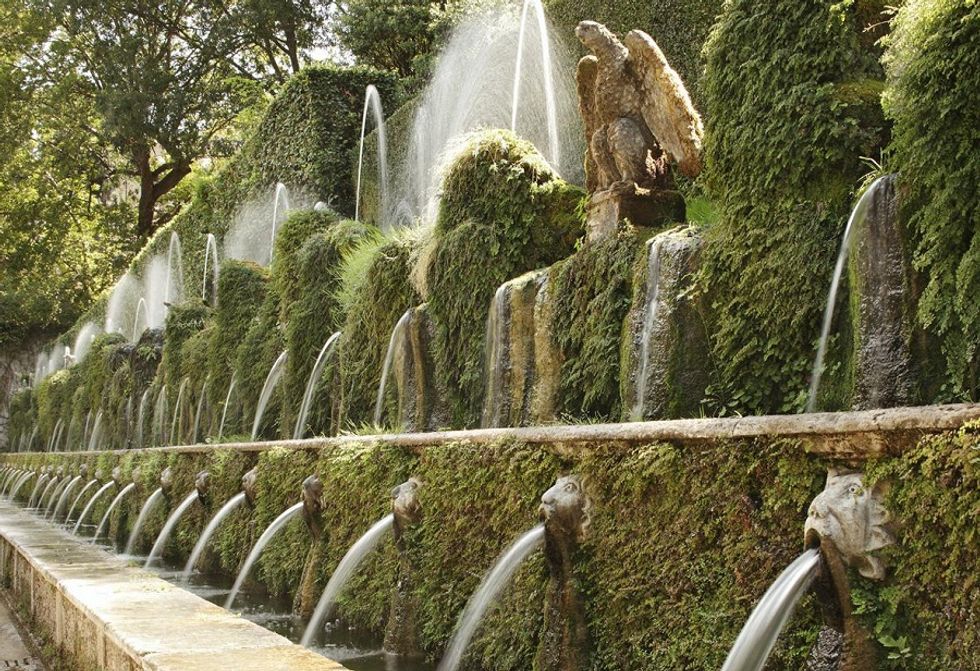 Unesco site since 2001, this beautiful Villa is located 25 kilometers away from Rome

No matter from which country tourists in Rome come from, they all end their tour in the Eternal City saying that it is marvellous, but too crowded. However, most of them are not aware that just a few kilometres away from Rome there wonderful locations that nature lovers usually identify as paradises on earth .

Among them there is Villa d'Este, a Unesco sitelocated in Tivoli, about 25 kilometres away from the Italian capital. The Australian magazine Italianicious has described it as "a secret water world" created in the Sixteenth century with the supervision of Neapolitan painter, architect and archaeologist Pirro Ligorio. In 1560, Mr. Ligorio was appointed by Cardinal Ippolito II, the owner of the Villa as well as the grandchild of the powerful Pope Alessandro VI of Borgia, who asked him to make Villa d'Este more sumptuous, as the Cardinal believed that in its original version "it was not appropriate for a man of his rank".

To please his employer, and considering that his rooms in the Villa were facing north, making it impossible to see Rome from any of them, Mr. Ligorio decided to build "a gigantic triumphal arch under which the cardinal and his guests could dine while watching the sunset over Rome" in the garden besides his rooms. Further, a set of fountains was created just below the arch to resemble a small Rome. "The fountains included a personification of Rome, the she-wolf with Romulus and Remus, and a reproduction of Tiber Island".

Finally, in order to make a 35,000 square metre garden special exploiting the massive presence of water available in the area, several canals were built together with 50 fountains, 500 jets of water, 100 water basins of different sizes and more than 250 waterfalls, transforming the one of Villa d'Este in "the most spectacular garden of the time", staging stunning "giochi d'acqua", water games, which were soon copied in several gardens around Europe.