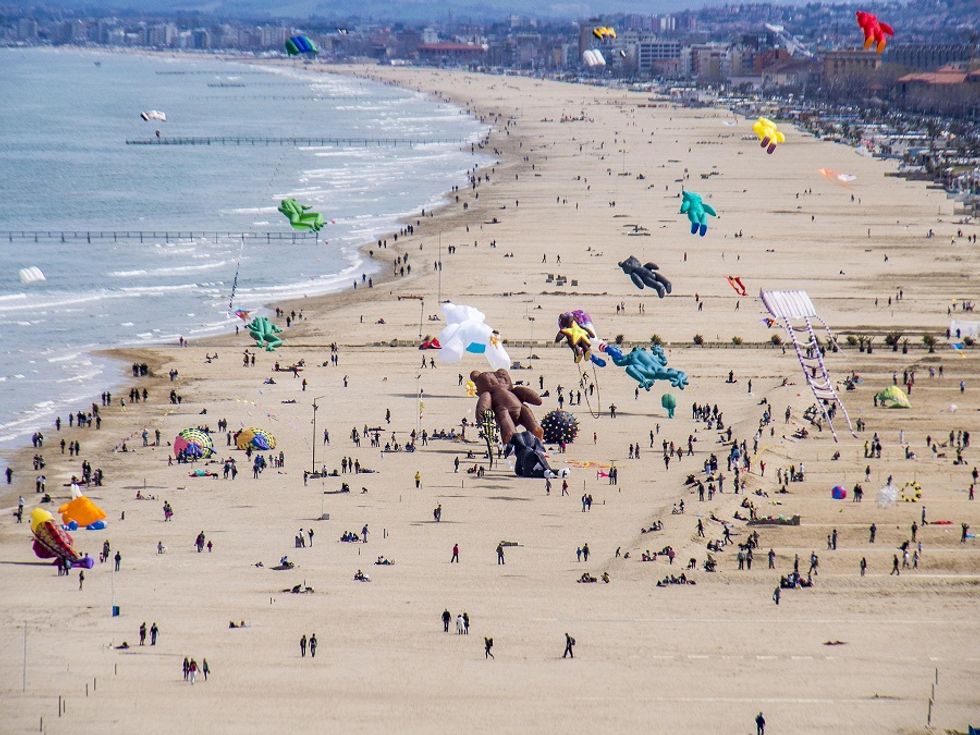 Not many people are aware that Rimini, one of the most famous touristic destinations in the very North of the Adriatic coast, was founded in 286 B.C. under the name of Ariminum.

As reminded by the Australian magazine Italianicious, today, the Rimini Riviera is "famous for its well-equipped beaches, fine sands and wide shoreline that stretches for 15 kilometres", as well as for being a perfect holiday spot for all ages and needs. This portion of the Riviera Romagnola hosts today over 200 beach establishments and 1100 hotels. An impressive number considering that the first two bathing venues were opened in 1843 and 1872, and that is was only in 1845 that a horse drawn carriage service was launched to connect Rimini's city centre to nearby beaches.

However, no matter how stunning beaches and beach facilities are in this area, it is broadly recognized that "this seaside town's charm stretches far beyond the coastline".

Rimini is still hosting the oldest remaining Roman triumphal arch in Italy, the Arch of Augustus, which was built "under the direction of Emperor Augustus" in B.C. 27. "Rimini's amphitheatre and Bridge of Tiberius are other great examples of Rimini's Roman past".

A few centuries later, when the city was ruled by the powerful Malatesta family (1200 - 1300), "many inland villages were transformed into castles and arts within the area began to flourish". The Malatesta Temple, whose beautiful façade was designed by the famous Italian architect Leon Battista Alberti, is broadly considered "a masterpiece of Renaissance architecture".

"This temple was built to serve as mausoleum for Rimini lord, Sigismondo Pandolfo Malatesta, but was actually never completely finished". Not far from the Temple, Mr. Malatesta decided to build his castle. Today it is used to host various events, but nobody can forget that to create space for the castle, everything already existing in the area was destroyed, even the monastery, the bishop's residence and the bell tower of the cathedral. This castle was indeed the way in which Mr. Malatesta proved he was more powerful than the church within his fief.