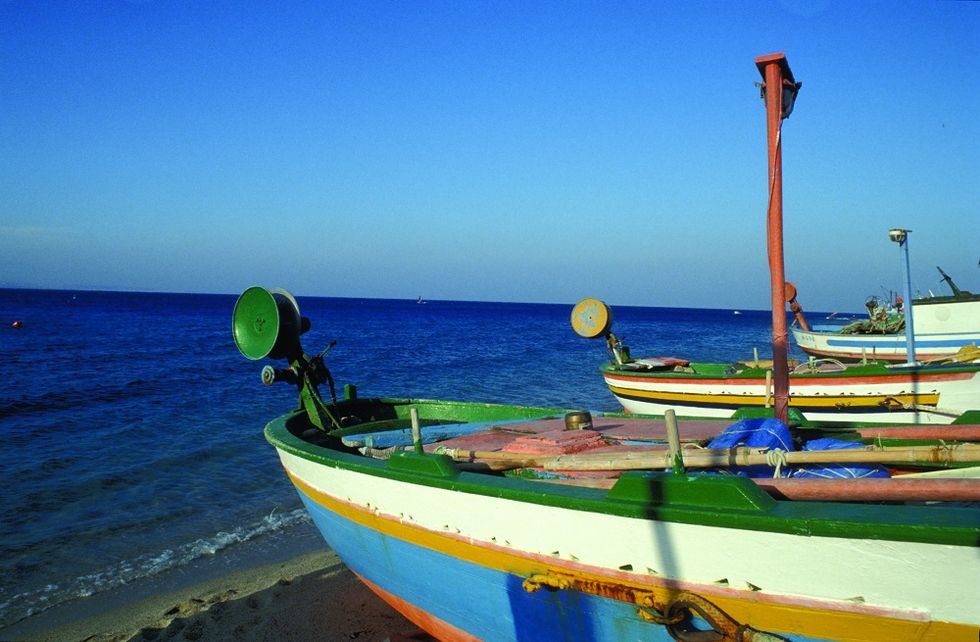 This initiative breaks with the static idea of Calabria as a place where nothing ever changes. On the contrary, the nouvelle vague proves that something is moving and the protagonists are young talents. They want to be "ambassadors of their land in the world" praising the cultural, artisanal and human capital of Calabria through the special flavours connoting their territory.

But let us explore these interesting characters into details. Luca Abbruzzino, 26 years old, was already awarded by the "Espresso Guide" as young Chef of the year. He works for the restaurant "Alta cucina locale" (Catanzaro) and his Stroncatura and Rocket Amaretti are special in taste and presentation, combining old recipes with a modern wit.

The aim of this project is to "serve the innovative Calabria on a dish", helping small producers to enter the market of the food sector.

To do so, the protagonists have identified 8 typical products to re-discover. Firstly, the Merendelle Peaches, a mixture between peaches and apples, characterized by a triple colour: white, green and red. Furthermore, the Brasilena (a coffee-based drink typical in 1950s), the Prickly Pear (commonly used to make marmalades but also as a side dish for cheese, salads, yogurt and fish), the typical 'Nduja (the super spicy soft salami, symbol of Calabria) and the hot Chilli (commonly eaten raw, in oil or dried), the Truffle Ice-cream (hazelnut and chocolate flavour), Pipi and Potatoes (a side dish made with fried peppers and potatoes) and last but not least the Stroncatura (rye pasta seasoned with garlic, oil and chilli).

Champagne, i migliori per il Natale 2021