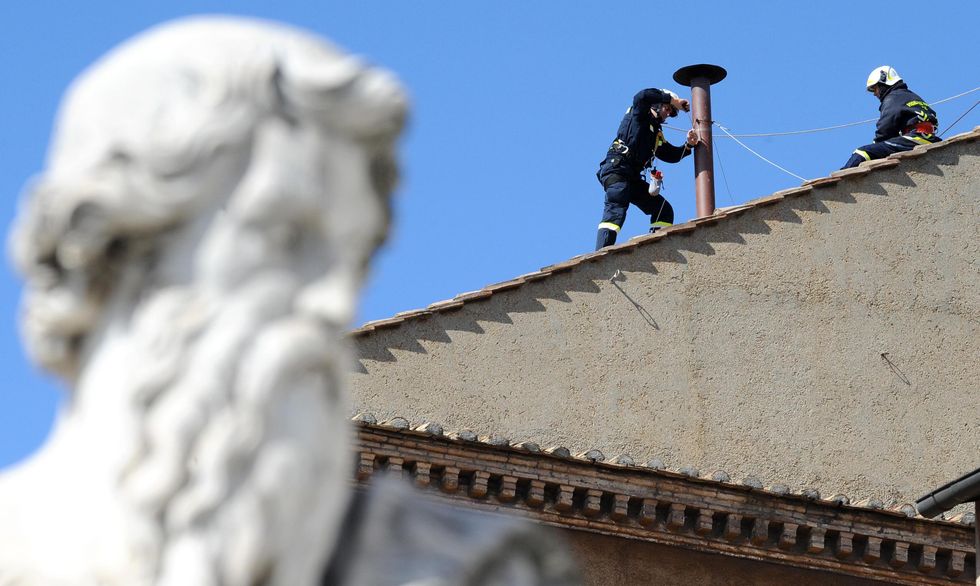 Conclave to elect next Pope started today, suspense for the white smoke

The process of selecting the next pope has began, 115 eligible cardinals are set to decide who will become the next leader of the Roman Catholic Church.

The "Pro- Eligendo" Mass opened the conclave this morning while Cardinal Sodano in his homily expressed again cardinals' deep gratitude to Benedict XVI for his "brilliant" pontificate. Cardinals will enter the Sistine Chapel this afternoon at 4:30. They will swear an oath of secrecy followed by the first ballot, but no white smoke is expected today.

Sodano : "Thanks to Ratzinger for his brilliant pontificate." During the Pro- Eligendo Mass, Cardinal Sodano praised " the beloved and  venerated Benedict XVI luminous papacy, to whom  we would like to renew our thanks at this time."

" May the Lord grant us a Pontiff who will embrace this noble mission with a generous heart" Cardinal Sodano said, concluding his homely.

Suspence for the first smoke. After the " extra omnes" order, which means that cardinals voters only and nobody else, are allowed to stay inside the Sistine Chapel,  the entire world will be watching the chimney installed atop the Sistine Chapel, which will relese smoke black or white, to signify whether a new pope has been elected or not.

As current director of Holy See Press Office Father Federico Lombardi explained, two stoves are installed in the Sistine Chapel, one is used to burn cardinals' votes after they are cast, the other is used to send up  smoke to  signal the results, the smokes will  be sent  up twice a day at 12p.m. and at 7 in the evening. In case of white smoke, also church bells will ring, from the release of the white smoke, it will take about 40 minutes to listen to the official announcement " Habemus Papam."