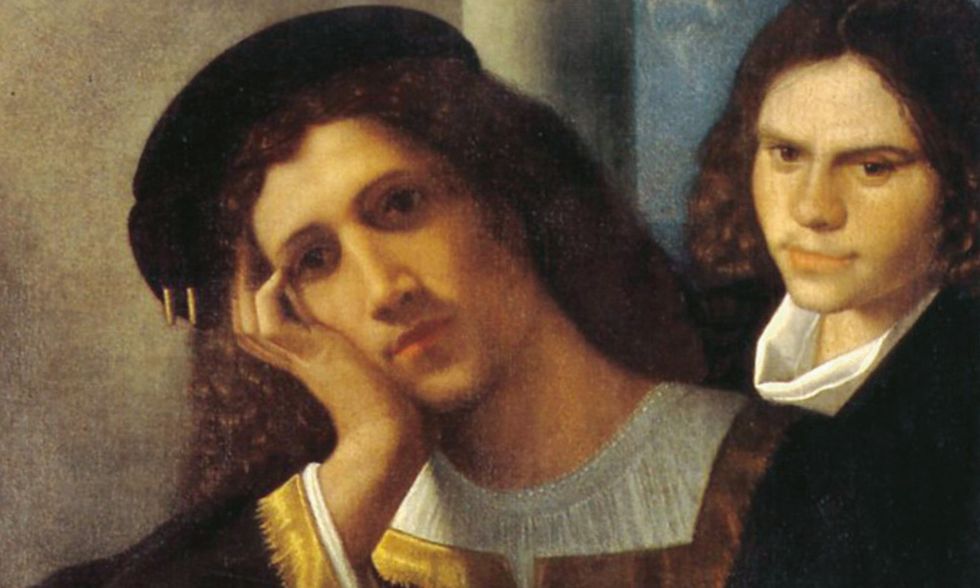 Pietro Bembo is the real arch-Italian

An exhibition in Padua reconstructs the art collection and personality of this Venetian genius who was a politician, ascetic, cardinal and libertine

He loved and was loved by Lucrezia Borgia with whom he had a secret love affair. Along with printer Aldo Manuzio, he invented the pocket-size book, the famed "Aldine" that circulated throughout Europe in the 16th century. He shaped the literary language of Italians: if for a half-millennium poets and authors wrote the way they did, it was largely thanks to him. He influenced European culture, codifying the poetic rules of Petrarchan style.

He was a complex individual, with both his light and dark sides, erudite and pragmatic, ascetic and libertine, theoretician of Platonic love who also practiced the carnal sort. He was from the Venice region but played at being Tuscan, studied Greek in Messina with Byzantine scholars, but lived at the courts of Ferrara and Urbino. He spent his days discussing poetry with Ludovico Aristo, but was also secretary to Pope Leo X. A cardinal in the Roman Catholic church. When he died he was the bishop of Bergamo. Pietro Bembo (1470-1547) was the quintessential Renaissance man. But also a distillation of pure, contradictory Italianism, when Italy had yet to be born.

One of the reasons not to miss the exhibition, Pietro Bembo e l'invenzione del Rinascimento (Pietro Bembo and the Invention of the Renaissance) in Padua (Palazzo del Monte di Pietà) from February 2 to May 19. One that promises to be exceptional. For the first time in 500 years, the extraordinary art collection this great humanist took a lifetime to create will be brought together once again, gathered from museums around the world.

While with his Prose della Volgar Lingua he laid the foundations for Italian literary culture, Bembo collected what was, at that time, contemporary art, paintings by his artist friends. And those friends were named Raphael and Titian. The result is an incredible collection of Renaissance art. Bembo kept it in the home in Padua where he moved in 1521 with his mistress Ambrogina Faustina Della Torre, with whom he had three children. One of these was the reckless Torquato who, at his father's death, broke up the collection, putting the masterpieces up for auction.

Now, these same works are on their way back to Padua. Along with the Renaissance masterpieces (the best of Giorgione, such as his Young Man with a Green Book, on loan from San Francisco, paintings by Hans Memling, Giovanni Bellini and Titian and drawings by Raphael and Michelangelo) are works of art from ancient times and rare manuscripts.

And there is also a lock of blonde hair Lucrezia Borgia gave Bembo and which the fetishistic Lord Byron attempted in vain to steal. After his death, it was discovered amidst the letters Lucrezia had sent the humanist. All written in code to elude the control of Lucrezia's boorish husband, Alfonso d'Este, Duke of Ferrara.

Bembo was the standard-bearer of an idea of Italy in which culture could be an element of unity and progress. In the 1500s the idea was a success and Italy - although beset by crisis, weak and politically divided - enjoyed some prestige in Europe. Today, the task is harder. If for no other reason than in place of Raphael, today we have Maurizio Cattelan.