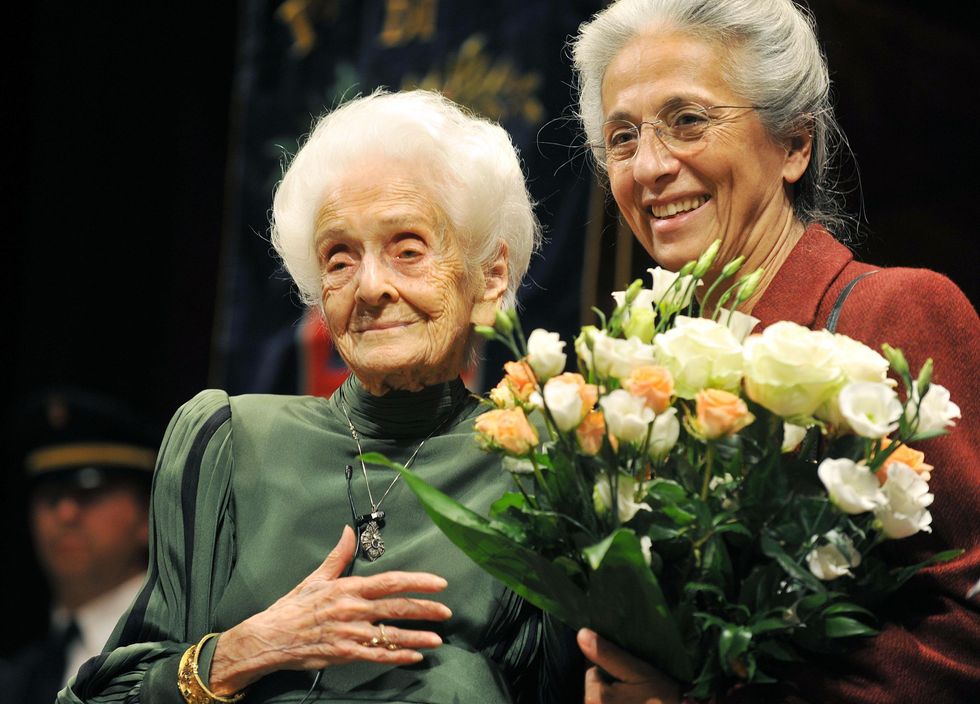 Italian research: past, present and future

Remembering Rita Levi Montalcini, two pillars of Italian science in the US reflect on how to bring scientific greatness back to the homeland

In order to keep its best thinking minds and attract others from around the world, Italy should make an effort, especially in these economically dire times, by investing public money in the field of research: private Italian and foreign funds will automatically follow. In other words, borrowing Kevin Costner's line in the movie 'Field of Dreams' :"if you build it they will come." It is the firm conviction of two worldwide recognized giants of Italian research operating in two of the world's most prestigious institutions: neuroscientist Emilio Bizzi, faculty professor at MIT (a title the Massachusetts Institute of Technology reserves to a restricted number of outstanding academics) and neurobiologist Elio Raviola, professor at the Harvard Medical school for over 40 years.

Both actively involved in the development of research in their motherland, the two luminaries could not choose a better occasion to express their feelings on this delicate and extremely stringent matter: an event to remember and honor the late Rita Levi Montalcini held on international woman's day at Boston's American Academy of Arts and Science, also featuring writer Dacia Maraini, and organized by the Italian consulate, the "Circolo Italiano" of Harvard and PIB - an active association of Boston's Italian young professionals .

Both Bizzi and Raviola spoke of their frequent personal and professional interactions with the Nobel laureate, who passed last December at age 103 and who, in the mid sixties, regardless of the many enticing offers in the United States, decided to return to Italy and conduct her research on nerve growth in her country of origin.

"To young researchers, she is an example of how, on top of being good, one has to work hard, ... really hard!" said Raviola, designer and board member of the Armenise Harvard foundation - a fund established by Italian banker Giovanni Auletta Armenise which, every year, awards a deserving scientist with one-million-dollar grant (over the course of five years) to conduct his research in an Italian institution.

Yet quality and dedication are still not enough, Raviola added: "research needs money - public money most of all. For every grant dollar the American government (through the NIH, National Institute of Health) gives me, my department gets 69 cents. That is how universities survive, so that is why they compete to attract the best scientists who come up with the best projects: private funding is really only a consequence. The model works, but it needs initial investments: of course if Italy keeps devoting the same amount of money to research as countries like Bulgaria do, it will never develop."

In fact the Italian government did invest in an innovative model of research: Genoa's Italian Institute of Technology, IIT, a state-of-the-art scientific think tank funded solely by the ministry of economics (rather than the Ministry of University and Research).  Despite early - and not so early - heavy criticism, after less than a decade of activity, results are proving its founders right:  3,000 publications, 155 patents, a project portfolio estimated at over 60 million euros, 5 million worth of industry financing in 2012 and almost 1,200 jobs, (670 of which are researchers from 30 different countries).

"One hundred million euros a year [in government funds] is not a very large amount of money; yet it is going extremely well" said an enthusiastic Bizzi who has been part of IIT's scientific executive board from day one.  "It has expanded very rapidly in important areas like neuroscience, nanotechnology, and humanoid robotics -  robots with cognitive properties similar to humans [like the famous "iCub" who in 2010 shook president Napolitano's hand] .

That is how European public grants were attracted, he explains, and now, he proudly points out, some private financing is, slowly but surely, starting to pour in. "You see, you need an initial structure," he concluded, "I understand that given the current situation, investing in scientific and technological research seems harder than ever, but really is the only way to rescue and re-boost the entire country's economy."

In fact, the idea that gave life to the ITT is not entirely new. Ms Levi Montalcini herself had a similar one in 2002 when, using the clout of her enormous popularity, at the tender age of 92 she founded the EBRI (European Brain Research Institute). Unfortunately, unlike the Genoa based center, due to the lack of - exactly - public funding (caused, some say, by external and internal academic jealousies) the Rome based one that bears the Nobel Prize winners' name has been struggling for survival for the past three years.