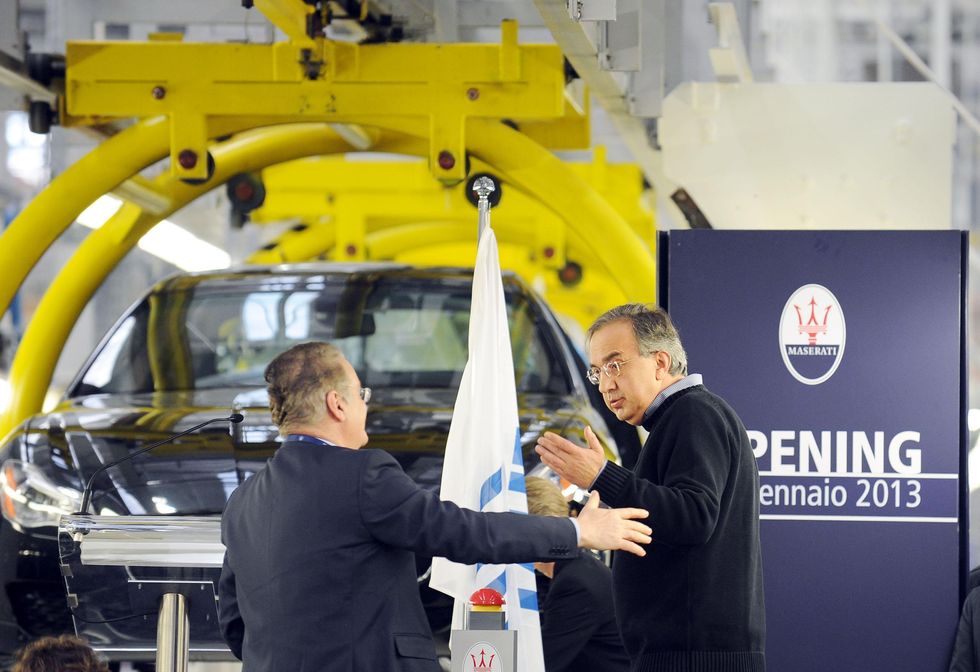 High standard for gamma seems to be Fiat's keyword.

Betting on high standard cars is the latest challenge launched by Fiat's CEO Sergio Marchionne to German auto makers. An historical choice in we consider that Fiat has always made its fortune out of the production of economy cars, which has been confirmed by the opening ceremony of the new Maserati plant in Grugliasco few days ago.

Maserati, in fact, is supposed to be the new leading edge model in the challenge launched to BMW and Mercedes.

But is Fiat really ready, both financially and technologically to compete with German auto makers?

"In the sector of  luxury accessories" economist Giuseppe Berta says, " there is no doubt that Fiat is ready." " It will be able to benefit , in fact, from the extraordinary experience with Ferrari, there will not be any problem in terms of  expertise."

"At the same time, Marchionne cannot rely on the new four-door Maserati model only" Berta adds, "Maserati is currently selling 6-7 thousand models per year. Therefore in order to reach the target of 40-50 thousand cars sold, as Marchionne announced, it will be necessary to rely on various models."

While Maserati's future seems to be promising,  there is still uncertainty  regarding the Alfa Romeo relaunch strategy aimed at selling 300 thousand more cars over the next few years.

The strongest doubts, however, concern Fiat's  financial means. "Fiat's destiny, in both  America and Europe  - and therefore in Italy - , is closely related to its acquisition of Chrysler" Berta underlines.

Marchionne's first attempt to win full control of Chrysler through the acquisition of shares owned by Veba (Voluntary Employee Beneficiary Association), ended up in court.

" Only if Fiat reaches full control of Chrysler it will be able to gain access to current assets of the company" Berta explains.

It is a great challenge but Fiat seems to be rather confident. In 2012, The Fiat Group registered a 84 billion euro income, an increase by 12% compared to that of the previous year.

North America and Asia also showed a relevant growth, respectively of 29% and 50%. Latin American market confirmed to be a strong market too, while incomes in Europe dropped by 11%. On the whole the Group closed the books at the end of 2012 with a net profit over 1,4 billion euros. The overall current assets are 20,8 billion euros.

In 2013 the Fiat group expects to reach incomes ranging from 88 to 92 billion euros, with a net profit between 1,2 and 1,5 billion euros and a net debt load of 7 billion euros.

"It is in difficult moments that one learns to make difficult choices" Marchionne added, confirming that no plants will be closed in Italy and, on the contrary, that Italy will be the base for the production of cars to be sold in markets all around the world."

"Ghibli, the new Maserati model, will ensure a full time employment to all workers of the plant by the end of the year. 2013 will be the beginning of a new era. The cars of this line will be crucial for the revamp of the brand and power up an expansion phase, the largest ever." Marchionne said " In the growth project we have planned, the group is supposed to enter new segments of market, with a 50 thousand car sale within 2015. Considering that Maserati sold barely more than 6 thousand last year, we are talking about a drastic change."