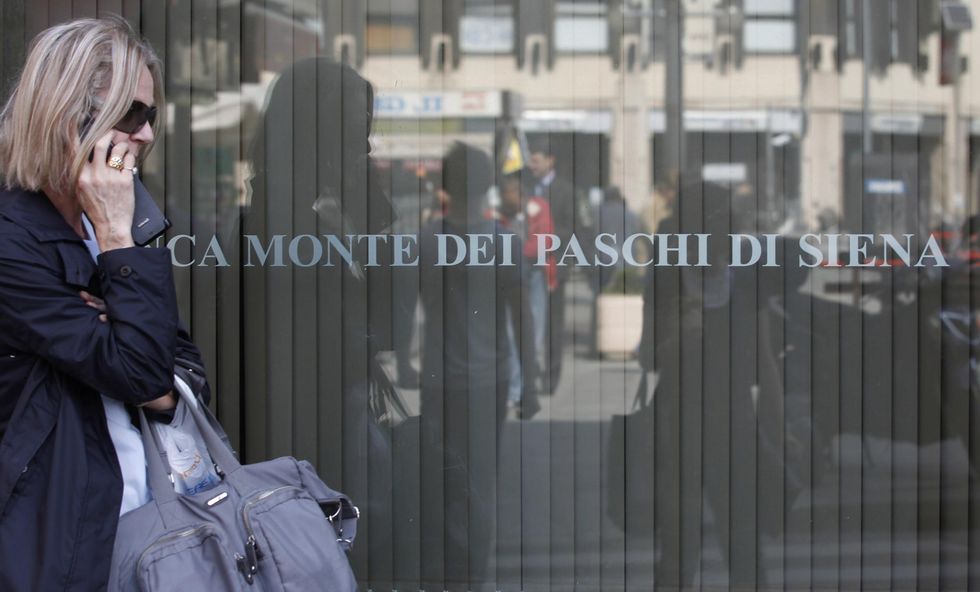 The following statement was posted on the European Commission's website on December 17:

The European Commission has temporarily approved, under EU State aid rules, a ?3.9 billion recapitalisation of Italy's third largest bank Monte dei Paschi di Siena S.p.A ("MPS") for reasons of financial stability. The measure will enable the bank to comply with recommendations from the European Banking Authority. The approval is conditional upon the submission of a restructuring plan within six months from today's decision.

MPS will receive fresh capital in the form of hybrid capital instruments, replacing ?1.9 billion of existing hybrid capital instruments that Italy has subscribed in 2009 under the Italian recapitalisation scheme (see IP/09/302). This will increase its common equity tier 1 capital ratio to 9% and enable it to comply with an EBA recommendation requiring an additional temporary buffer against sovereign risk holdings.

The Commission found that the recapitalisation of MPS through hybrid capital is necessary to preserve the stability of the Italian financial system, in line with the Commission's guidelines on state aid for banks during the crisis.

The Commission's approval of the support measures is conditional on the presentation within six months of a restructuring plan from the date of the decision.

MPS is an Italian listed bank, which offers a wide range of financial services to private, corporate and institutional customers and public authorities. It operates across Italy and in several international markets, offering services ranging from traditional lending to retail and corporate customers (including leasing, factoring and consumer credit), to asset management, private banking, investment banking and corporate finance.

In 2009 MPS received ?1.9 billion of so-called "Tremonti-bonds" under the Italian recapitalisation scheme. Unlike the Tremonti-bonds, the new instruments entail a so-called alternative coupon satisfaction mechanism, which obliges MPS to pay the annually due coupon in kind in the event of insufficient distributable profits.