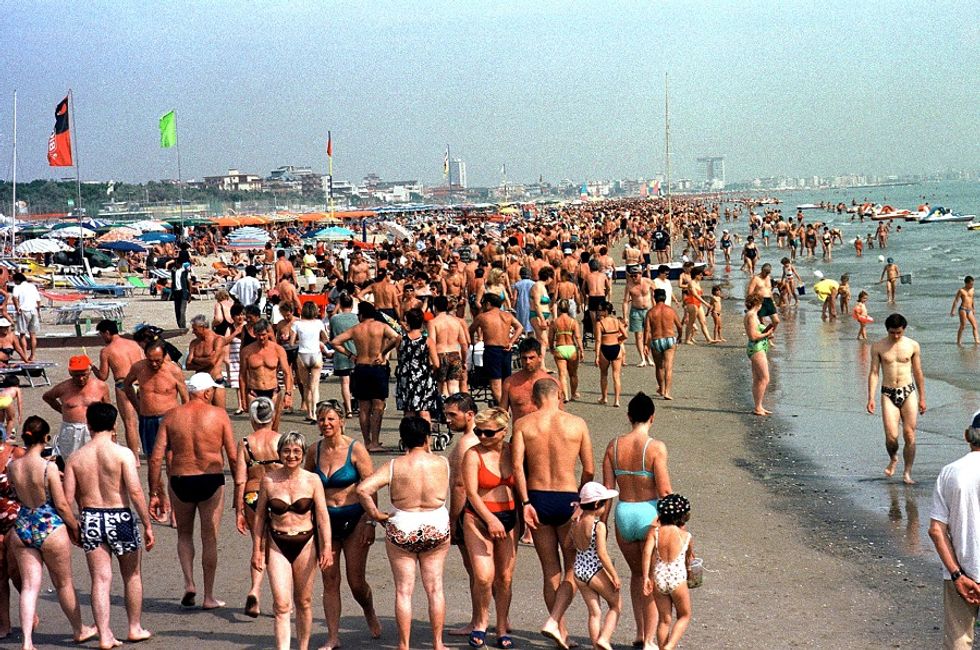 The Riviera Romagnola is the new capital of Italian tourism

With 3500 hotels, it is able to attract millions of Italian and foreign visitors

The holiday industry on the coast of Emilia Romagna region is the first in Italy. On its own, the km110 of coastal line generate a business volume worth ?8b. The regional beach locations on the Adriatic Sea are vacation destination for many foreign tourists as well as Italians. In particular, the two top locations are Cervia, in the province of Ravenna and Cesenatico, in Forlì area. In both cities, foreign tourism accounts for 20% of total visitors: Germans, Austrians, Swiss and French represent the bulk. In recent years, Russians' presence has also increased. Cervia and Cesenatico alone deal every year with a touristic expenditure of ?750 million and a total presence of 7 million people, peaking in the month of August.

The whole regional coastline extends from the city of Comacchio, in the province of Ferrara to Cattolica (Rimini) and counts 3500 hotels with 110thousand rooms. Hotels, the most popular ones being the three star ones, still absorb the main flow of tourism. However, the increasing costs rotating around holidays have driven tourists to search also alternative accommodation.

Most of the data are gathered by Nomisma, an independent company focusing on economic research and consulting services, in cooperation with local lifeguard co-ops and Legacoop Emilia Romagna, the association of local cooperatives. They provide evidence of the economic solidity of the entrepreneurial system linked to tourism, which has proven to survive the crisis better with respect to other sectors.

Currently, there is a European directive that can be seen as a direct challenge to this business. The Bolkestein directive imposes to auction the public concessions within 2015. "Because of Bolkestein, we experienced a drastic decrease in the propensity to invest of financial banks and enterprises," Mr Giovanni Monti, President of Legacoop, explained to Il Sole 24 Ore, stressing that the lack of new capitals may affect the capacity of innovating of Romagna's tourism industry.