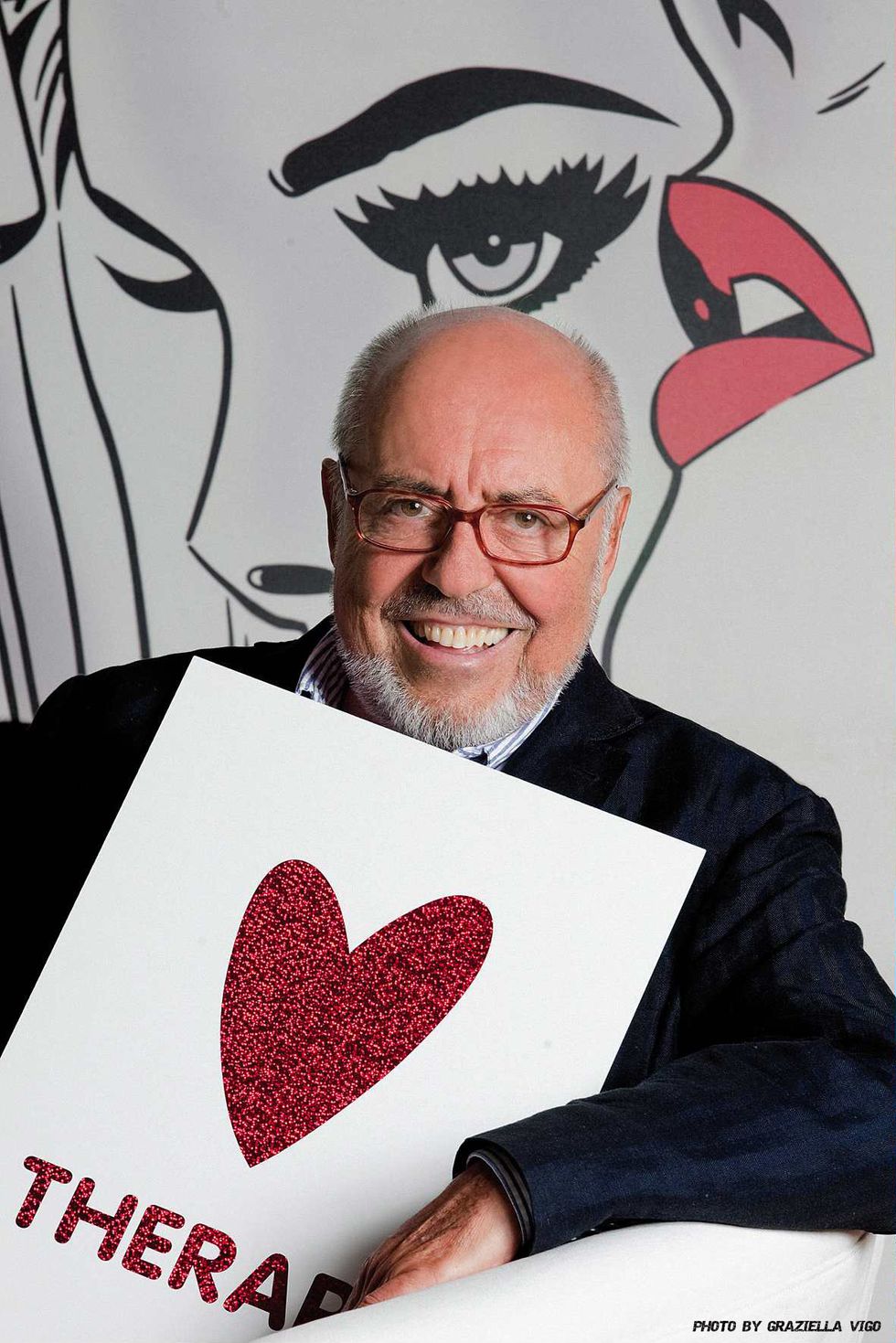 «I may very well deserve an A in creativity but I’m no good at numbers» says the designer who, after 45 years of successes and errors, advises young people: «You need good grades in everything».

«The secret is right there in your report card. You need good grades in everything. Otherwise you'll have trouble». This is not the recommendation of an old-time schoolmaster to a lazy student. The man who's talking is a real Maestro with a capital «M» (that's what his designer colleagues call him), but here we're not talking about school. We're talking about business and the ability to make it work. Elio Fiorucci, 77, one of the cult names of Italian fashion, precursor of a non-conformist style, capable of attracting millions of young people of all ages in the Seventies and Eighties, between Milan, London and New York, prefers to tell it like it is. And he makes a confession to Panorama Economy: «I may very well deserve an A in creativity but I totally flunk accounting. My story is the proof.»

It was 1990 when, because of his economic collapse, Fiorucci sold his trademark to the Japanese company Edwin International, a giant in the sector of casual apparel. He kept his megastore near San Babila square in the heart of his «hometown» Milan, but later sold that too, in 2003 to the Swedish company H&M.

Then he proceeded to reinvent himself. Immediately. Launching his project «Love Therapy». His central focus has always been the same: apparel and small accessories in pop colors at affordable prices.

Affordable prices have always been the hallmark of your collections. Why?

There's no need to pay hundreds or even thousands of euro to have an outfit that makes the difference in design, fabric or anything else. All it takes is the right idea. And I'll tell you something else...

Nowadays the low cost chains like H&M or Zara dominate the market. And it is proper that they should. But the true precursor of this approach was Biba, which is to say Barbara Hulanicki, a designer of Polish origin who, back in the Sixties, revolutionized the world of British fashion (and other things).

By offering apparel and accessories with a fresh taste at unbeatable prices. And what is even more extraordinary, she invented a new way of selling them. To visit her shop in London, near Kensington, was a life-changing experience. There were the collections, with their absolutely original style. But what struck you most was the atmosphere. It was like an immense boudoir, with soft lighting, wild vegetation and a bar with flamingos.

Today. But not in those days. Biba was the first.

And you were the second. Your stores in the most advanced plazas made history...

Everyone visited them. In Milan, but also in London and New York.

Do you have any special recollections?

Many, so many. But I'll just mention one: my meeting with Andy Warhol. He chose my window on 59th St. in New York to launch his journal Interview. But...

In the long run, the books didn't balance. The model didn't work. Mea culpa. People say: you're an artist, it's normal that you wouldn't think about the money. That's possible... But I find it highly offensive. Because money should be respected. Especially if you are using it to help others.

Things are not adding up very well in Italy for fashion these days either. For 2012 we expect a decrease of 5% to 60 billion euro sales. What do you think?

It's going to be a very difficult year. But the margins for doing well are there. The answer is still the same: original designs at fair prices.

The most fashionable designers would shake their heads, don't you think?

It's not just me, Elio Fiorucci, who says it, it's the market. And many of them, a great many of them know it too.

What do you think of the latest Milan fashion shows. Do you go?

I go to some of them, certainly. Many of my younger and more famous colleagues invite me. I refer to Dolce & Gabbana, for example. At their last fashion show they paid homage to me saying that one of the prints in their collection was a design I had created in the Seventies.

If you had to give a rating to what you saw...

I'd say that the great names are fine but I prefer the young, emerging designers. Among the kids showing at the White, the trade fair that is held right during the fashion week, there were a few that will make a name for themselves because they are not afraid to try something new. In spite of everything. And they make apparel at the right prices.

You are famous for your jeans.

True. Even Bruce Springsteen, when he had to decide which objects to give the Metropolitan Museum of New York as symbols of his personality, picked a guitar and his Fiorucci jeans. He really surprised me.

What was your intuition?

In the summer of 1965 I went to Ibiza and joined a colony of hippies for a while. It was a tribe of new gypsies, cosmopolitan kids with a worldview that was a complete break with the past. Even to the clothes they wore. Their jeans were beat-up, patched, frayed. I saw the light. But I owe a lot to Mario Morelli too, who at the time headed the style office of Valentino.

He wanted to work for me. And I threw him a challenge: to turn an item of work pants into a cult product for everyone. Women included. It had to make women look sexy. He did it: he created push-up jeans. It was the beginning of a revolution.

Tell us about Love Therapy.

It's a project I have a lot of faith in. I have a team of about ten people now, and annual sales of 4-5 million euros. But there is room for growth, especially abroad.

Who produces the collections?

The Coin group, for now, but the contract expires at the end of the year and we are negotiating with three other companies to sell the license for production and distribution.

Would you say that your relationship with Coin covers the whole field?

Actually, I design a special line for Ovs, the group's low cost chain. It's called Baby Angel by Elio Fiorucci and it's doing very nicely. We are selling 30 million euro a year. And then, it is undeniable that between me and Stefano Beraldo, the CEO of the company, there is considerable reciprocal esteem.

It was you who suggested the buyer Antonia Giacinti to him to launch Excelsior, the super luxury store in downtown Milan, wasn't it?

Yes, I think she's one of the best.

You started working when you were 17 in your father's shop making bedroom slippers. Have you any regrets?

I should have done more for the people dearest to me. The mistake that we all, or almost all, make is to let ourselves get into a rut. It is a mistake.

These days there is news going around that you are thinking of teaming up with Ikea to open stores around the world. Too bad there's nothing to it...

Let's just say that Edwin International is not new to this sort of free-and-easy management of the news at times...

Do you think the idea is to take advantage of your popularity?

I suppose so. I've never denied it, however. What would be the point?

What is your motto?

«There is a child in every man» from The Little Prince by Antoine de Saint-Exupery.

It there any object you always keep with you?

My mobile phone. I call it my «psychoprosthesis».

Have you ever thought of going into politics?

Do you think you'll ever retire?

First I'd like to finish a couple of projects.

I have an idea for a stand at Expo 2015. I would build cages where I would close the visitors for 10 minutes, and then let them out into a green field full of animals ranging free. We have to make our peace with nature. The future of our planet depends on it.