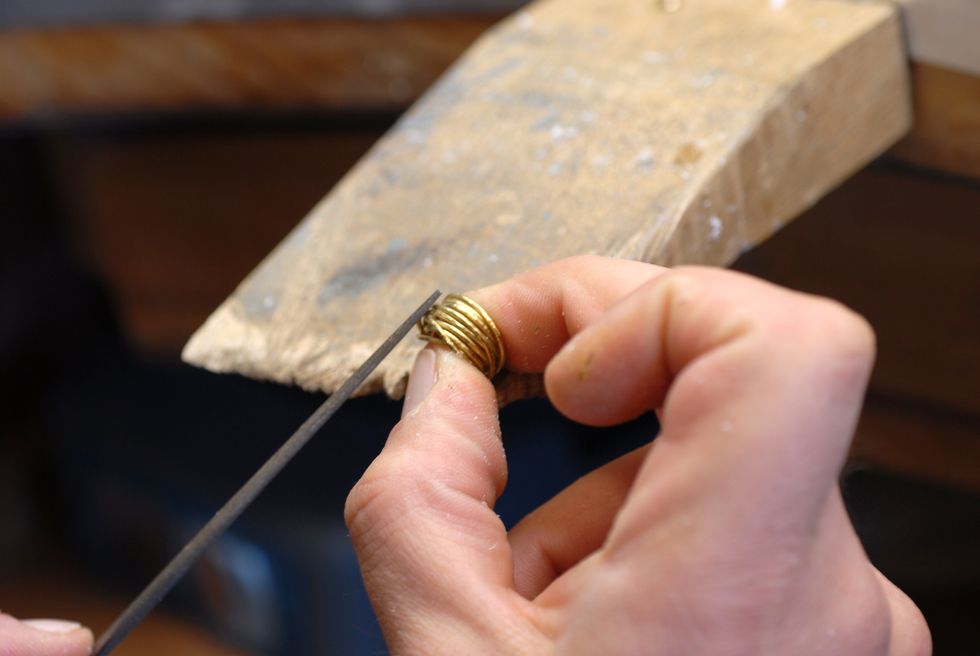 The rules have changed, says the CEO of Bros. He is already focusing on his eighth brand, Rosato, with a new collection premiering on 8 March at the most important trade fair in the sector, Baselworld

International Women's Day, 8 March, will also be the date of the rebirth of Rosato, the jewelry brand that ended up in 2007 in the Mariella Burani galaxy and emerged two years later much the worse for wear (4.7 million euro of gross negative operating margin). The buyer at that time, less than a year after the bankruptcy for a billion euro of the Cavriago-based empire, was the family that had launched it in 2001.

Simona Rosato, to be exact: designer and businesswoman. But it didn't last. In June 2011 the Arezzo-based company that, in its heyday, had entrusted its image to stars like Demi Moore and Elizabeth Hurley, was forced to turn its books over to the court. And now? A new owner will try to raise it from the ashes: Bros Manifatture, the company located in Montegiorgio, on the outskirts of Fermo, which bought what was left of the Rosato last November. The plans for relaunching it are ambitious.

The first event will be on 8 March with a preview of the first collection under Bros ownership. «We chose the prestigious setting of Baselworld 2012, the most important fair of watches and jewelry in the world, opening that day in Basel (see page 60), to present a preview of the fall-winter 2012-2013 catalogue that will start distribution on a vast scale from September» Lanfranco Beleggia, 63, CEO of Bros and a great admirer of Rosato, tells Panorama Economy.

«It is a brand that in just 10 years succeeded in building a strong identity, recognizable in Italy and even abroad. I intend to preserve that identity 100%». Strong words, certainly. But facts, too. The businessman from the Marche Region has assembled a team of eight designers, for the occasion, whose mission is to focus solely on the Rosato brand: their task is to design the models, create the patterns and prototype them. Outside workshops will then handle the actual production, located throughout the two main jewelry districts of Arezzo and Vicenza.

«For obvious reasons» says Beleggia, who used to work as a sales agent in the watch-band sector, and in 1969 started his own business, wagering on high range watch-bands and diversifying over the years with cases for jewelry, watches and jewelry until he now has a total of seven brands of his own (Bros, Officina Italiana, Dhiva, Broswayjewels, Brosway Watches, Brosway 925 and S'Agapò) to which he is now adding the eighth, and most prestigious: Rosato.

«Those are two of the three districts specialized in gold jewelry "made in Italy" (the third is Valenza, ed.note) and that is where the finest craftsmen in our country ply their trade».

Those districts have been hit hard by the crisis, to tell the truth, but there is no question that they are among the best in the world. And on the subject of Rosato, Beleggia notes: «By 2015 its turnover will be as good as that of the rest of the group».

And that's not chickenfeed, considering that the Marche-based company had a turnover in 2011 of 38 million euro, 43% better than the results in 2010, which were already excellent, with an improvement of 30% over the previous year. The company employs a total of 175 employees, about 100 of which at the main office, while the rest are spread all over Italy.

For Rosato to reach those numbers, Beleggia, flanked in the company by his sons Maurizio, 38, in charge of marketing, and Valerio, 34, product manager, is ready to spend 3 million euro just for the 2012 marketing campaign. The money will serve for advertising, but also to relaunch the brand's business in Rome and open a new store in Milan.

When it comes to distribution, moreover, there will be a selection of 700-800 multi-brand stores out of the approximately 2,500 that already distribute the Bros Manifatture collections in Italy. That is scheduled for next fall.

The international launch will take place next year. «We'll start in the United States, specifically in Miami, where we have a direct office» says Beleggia, who in summer 2011 also cut the ribbon at a 5-star hotel - Villa Lattanzi - located in an 18th century building at Torre di Palme, on the riviera near Fermi. Nothing to do with the company; this is a private investment. Fascinating, however. And probably profitable.

As regards the rest of the group, it is making inroads in the difficult market of accessories, populated by thousands of names, some famous, emulating the philosophy of fast fashion.

«Zara docet» assures Beleggia, who usually proposes for each line two core collections a year (spring-summer and fall-winter) and «capsule» collections every two months, which serve to renew the image constantly. «Our target is young women» says the businessman, who speaks of a turbulent market where the old rules no longer apply because jewelry is a product that is purchased 365 days a year.

Jewelry isn't just about holidays or anniversaries any more. Or at any rate, those too, but they are no longer the main focus. A pair of earrings, a necklace - even a precious one - or a bracelet can be bought any time. Even just as a present for oneself or surrendering to a whim.

«That's true for the collections with an entry level price, accessible for everyone, like our S'Agapò line, but it is just as true for real gemstones. Too bad many of the "lords of luxury" haven't figured it out yet». Would that be a dig at his jeweler colleagues? Sounds like it.