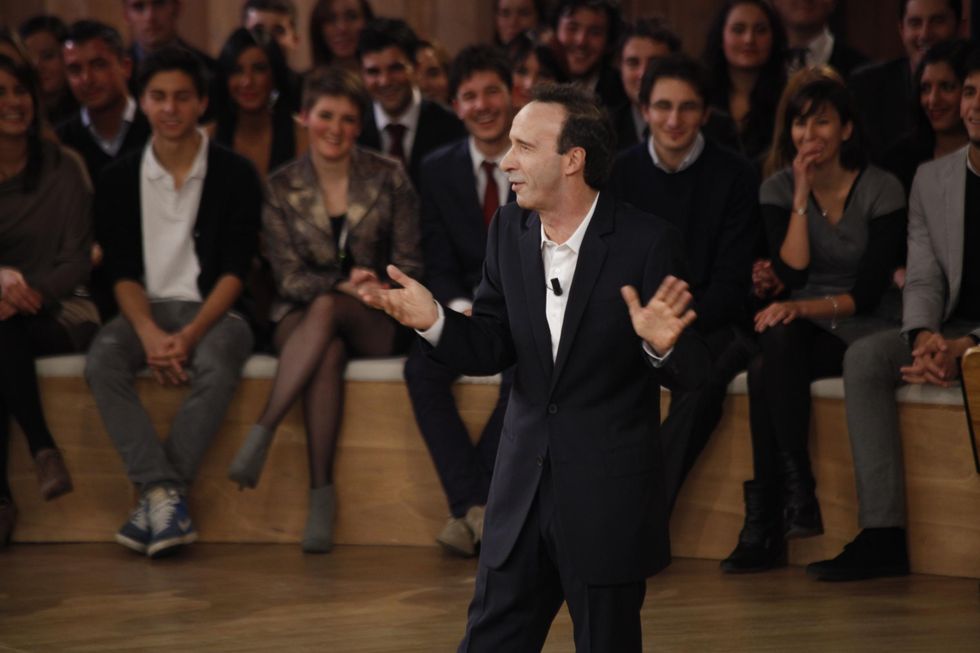 Million of TV viewers followed Roberto Benigni's show on Monday and his eulogy of the Italian Constitution.

In times of crisis, disappointment and disaffection with politics in Italy, a show with Academy Award winner Benigni on the Constitution's fundamental principles gathers consensus and attention.

The Benigni TV comeback show was a real tribute to the Italian Constitution, written after the fall of fascism, and that the Tuscan comedian has described  as  "extraordinary."

The film director's show, praising politics and promoting participation, hit about a 44% audience share, an amazing result for a show remarking that " The Constitution, which places human dignity at its core, is the solution to all problems;" considering the current crisis and the consequent disaffection with politics,

During his show Benigni also mentioned political issues as he usually does, first among all, the former premier Silvio Berlusconi's political comeback.

Benigni kicked off the show by mentioning  Berlusconi and saying " Silvio is back. Lord, have mercy on us. He is running for the sixth time...And on the seventh he will rest..and then, the next time, he won't be here."

The complete text of the Italian Constitution can be found here: http://www.senato.it/documenti/repository/istituzione/costituzione_inglese.pdf