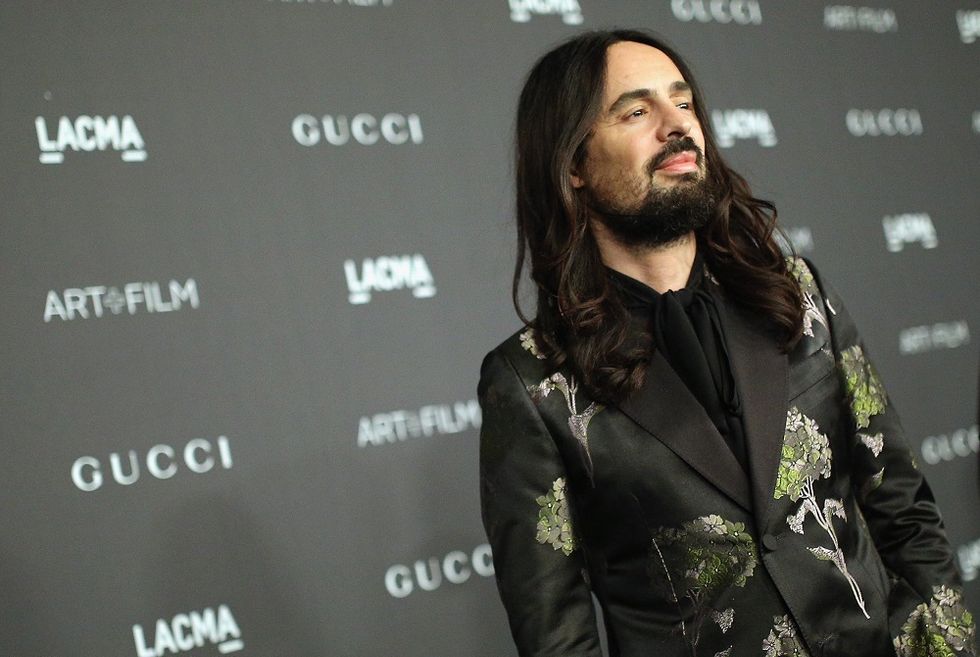 Why 2016 will be Gucci’s Alessandro Michele year

The story of the brand’s new creative director

The British Time Magazine has called Alessandro Michele  the "Gucci's dark-horse genius", the Hong Kong daily South China Morning Post described him as an extraordinary creative director. With such an amazing debut, it is not hard to believe that 2016 will be Alessandro Michele's (and Gucci's) year.

Who is this guy? He used to be unknown (although he had been working inside Gucci's accessories department for over a decade) until Marco Bizzarri, Gucci's Ceo since January 2015, hired him as the brand's new creative director.

As Mr Bizzarri explained to Time, he opted for Michele following an urgent "need to change perspective by recapturing the spirit of innovation and by concentrating on the present and future of the brand".

"I was in love and I'm still in love. If someone gives you the opportunity to express something so beautiful in a very natural way, it's the best thing in the world. I didn't feel the pressure; I was not scared. The only mission was to make something beautiful that came with honesty": this is how the new Gucci star describes his feelings at the time in which he decided to take Bizzarri's challenge, when last January he gave him just five days throw together his first Gucci show and collection.

As Time recalls, "in just two seasons, his fashion shows [...] became a must-see event in Milan, while his very particular vision of eccentric, intricately dressed teenagers has made geek chic not only the new guiding creative force at Gucci but a full-fledged industry that has other fashion brands emulating Gucci's new look".

Milan, New York, Hong Kong, Paris, London: everywhere in the world people seem going crazy for Michele's creations, and the 42 years-old emerging designer is keen to thank his mum for his "special-relationship" with clothes. She used to work in the movie industry in Rome, where Michele was born and raised, and she was obsessed with dresses and aesthetics.

With this promising start in 2016, all eyes will be on Michele in 2016, and we are pretty sure he will not let his fans down.