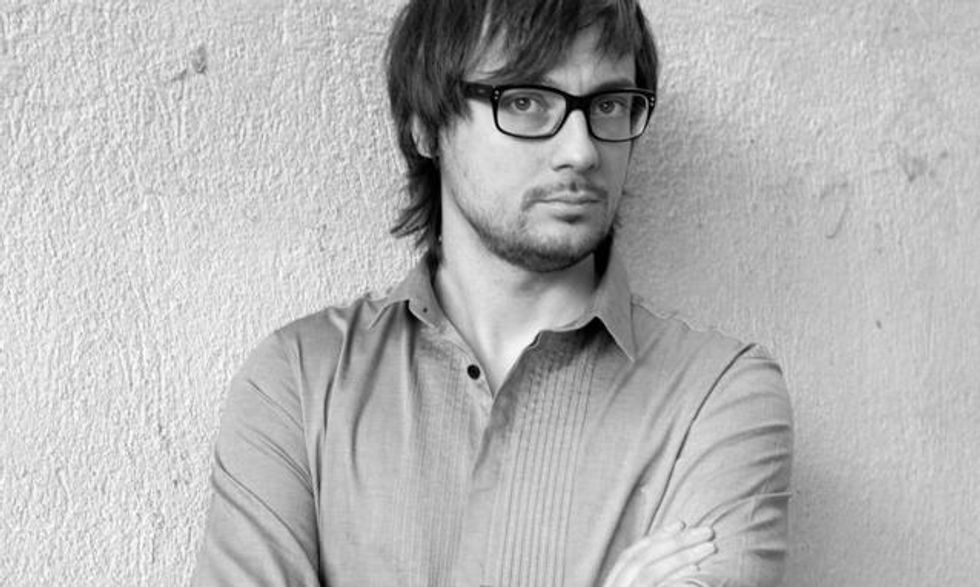 Italian design: down with the taxidermists of creativity

Renewal and simplicity are the watchwords for Sironi and Fioravanti, two rising stars in the firmament of the younger generation of Italian designers

The Young Turks of Italian design have the manner of polite bulldozers and their eyes fixed, like spotlights, on what is feasible. In the land of Giò Ponti and Renzo Piano, it's not easy to proclaim that a new way of designing is possible, but Brian Sironi, 36, and Odoardo Fioravanti, 39, both former winners of the Compasso d'Oro, make use of their talent and courage and refuse to be intimidated by the past. "We live in a country," Fioravanti explains, "in which conserving the past has always been crucial, above all for reasons linked to the artistic and architectural beauty we have inherited. However, it must be realized that this has led us to be a people of taxidermists."

The two of them, on the other hand, far removed from wanting to embalm the masters and objects of the past, are clearly embarked on the road of renovation which wends its way through sustainability, simplicity and design as service. "The mainstream tied to sustainability is so important," says Sironi, "that it has become the prerequisite of every project, the underlying condition according to which any project that is not sustainable is obsolete. In the same way, it is highly positive that at this moment in time a number of projects for product/service systems are being born that can become 'solutions for everyday life', real answers to problems on a variety of levels. On the other hand, the switch over from possessing products to having access to services is already in course, for example, the passage from the car to car-sharing. It was only inevitable that design would realize this."

And if in the world of luxury design even the great Olafur Eliasson has created the Little Sun LED light to sell in rich countries to illuminate poor ones, there is also another whole design phenomenon "from below" that produces without having extensive means. For example, the makers. "I watch very closely the phenomenon of the makers and digital production," says Sironi. "I like the fact that there is a movement from below. I like its democratic nature and, maybe, I prefer it because of the real results it creates in terms of product quality. But there is a wide margin for improvement." Democracy, sustainability, services, open sourcing: the design world never stops. It uses sensors, actuators, LEDs and microchips, but what role does tradition have in all this? "It is extremely important," they reply in unison.

The former has as his teachers Renzo Piano, "the perfect designer", and Vico Magistretti, "because he was able to use geometry in a way few others could" and who in life would have liked to design a PC for $100 for children?"One Laptop per Child. Fioravanti, on the other hand, prefers "Ettore Sottsass, Jr. for his versatility and his design approach, and Richard Sapper for the simple severity of his creations." And the object for which he feels a healthy creative envy is the new collection of lights by Issey Miyake for Artemide, inspired by his garments, in turn inspired by origami.

These two designers also agree about something else: no more furniture and furnishings. The icons of design for the early years of the third millennium are smartphones and iPhone and iPad interfaces "because of their intuitive simplicity and overall effect on the world these interfaces have had, imposing a standard of clarity and honesty that is reflected in the entire manufacturing world."

Italy, still seen as the cradle of design and the place where every designer would like to study and live, will perhaps in the future, says Sironi, relinquish its top position to Brazil where a national competition on innovation has allowed dozens of already very-respected companies to emerge. As well as France where, says Fioravanti, "the Maison et Objet trade fair has already become very important and where, through VIA (Valorisation de l'Innovation dans l'Ameublement - Focusing on Innovation in Furnishings) the government has promoted a generation of young designers, bringing them into the international limelight."