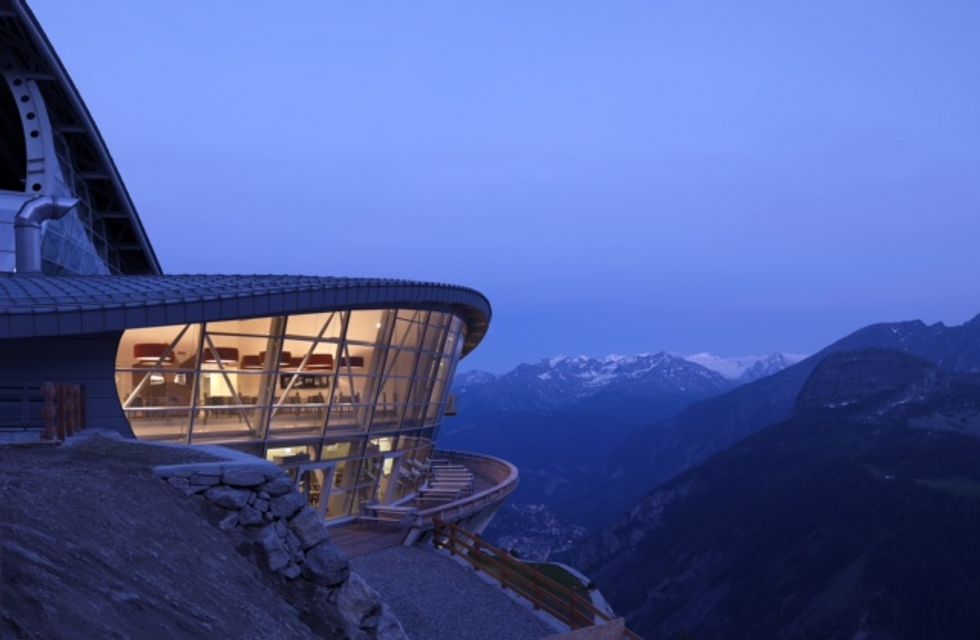 Paolo Castelli on the top of Monte Bianco

“Yes, I’m stark raving mad!” Paolo Castelli laughs, at himself. “Up until a month exactly before the inauguration, we weren’t able to set a foot in the pavilion. Then, in thirty days and thirty nights, we finished everything.” Everything at the Italy Pavilion at Expo 2015 or, to be exact, all the interiors, turnkey-ready. Done in a month. From the electrics and furnishings to the audiovisual system. The men of this entrepreneur from Ozzano dell’Emilia (Bologna) were afraid they wouldn’t get it done. “Of course, we worked 24/7. Until at 11 am on May 1st I was able to shout: All finished!”

And just a half-hour later, Matteo Renzi and his entourage were able to inaugurate the Pavilion. “Expo was a fight to the finish,” recalls Paolo Castelli, whose company bears his name, almost licking his wounds. But then he smiles and adds, “I just hope, now, that they’ll be as quick in paying as they were in making demands on us to complete the work. But, all joking aside, kudos to Diana Bracco and Giuseppe Sala for always standing by us. They even came by the worksite at 1 am to see how things were going.”

And now? “Well, we’re not stopping!” The Castelli company is one of the shining lights of Made in Italy and this year, also thanks to Expo, expects its revenues to increase by 50% over 2014, from 14 to nearly 20 million euros. “The bulk of our orders involve the naval, retail and contract sectors such as the Expo contract.”
“It was in 1994 that we changed gear,” explains Paolo Castelli, great grandson of Ettore Castelli who, in 1887 in Bologna, founded the first family company, an artisan cabinet-maker's shop. “We have to continue along this road, striving to do well things that are beautiful and well-priced. Easy, right?” Among those who would agree are the customers who have entrusted the Bologna company with the interiors of the Grand Hotel Billia in Saint Vincent, the Banca Intesa Gallerie d’Italia in Milan, the Hotel Mandarin Oriental (also in Milan) and the interiors of the three new cable car stations up Mont Blanc. (Sergio Luciano)