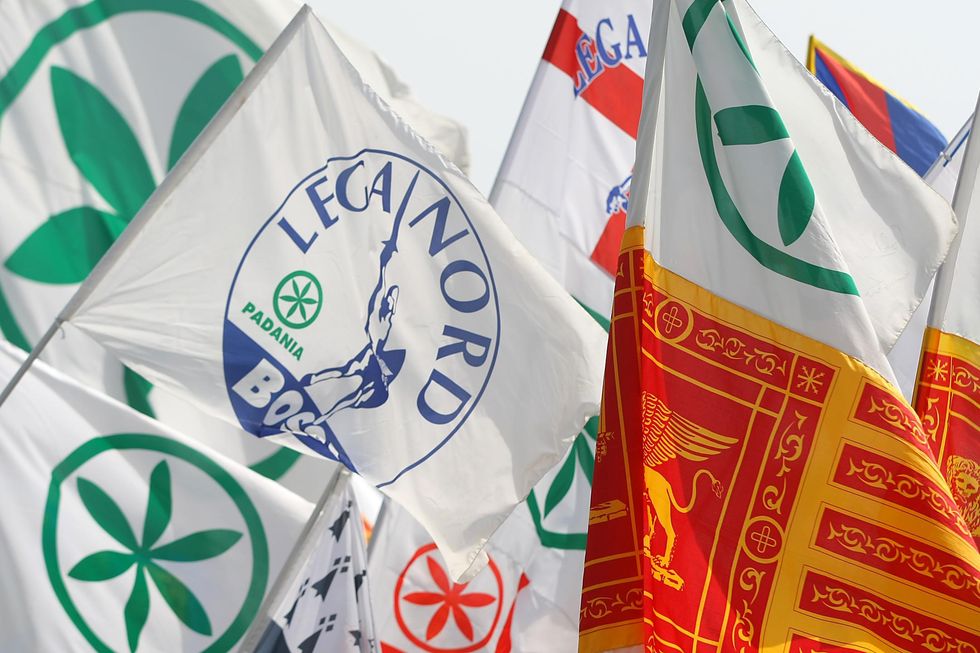 The South of Italy was plundered, and this is the result

According to a study by Svimez, an association involved with industrial development in Italy’s South, in the last decade that part of the country only recovered 1-1/2 points in per capita GDP

The Svimez report says 400 years, but only if the policies that have created and perpetuated the Southern situation are continued.

But the report can be interpreted in another way: the North-South gap will continue for centuries if we don't change course. And what is this course? To understand things, you need to start from their origin.

The economic (and not only economic) lag in the South was born with Italian Unification - the plunder of the South, the destruction of its economy, public projects only in the North (except for a few exceptions), infrastructure construction almost exclusively in the Center-North - but with everyone paying for it.

When the country was unified (source: report by CNR - National Research Council, Professors Daniele and Malanima, the research department of the Bank of Italy, or Svimez and Istat), the per capita wealth produced in the South was almost equal to that in the North and the number of industrial workers more than in the rest of Italy.

The biggest steelworks in the country were in Calabria(and they were immediately closed) and the most important metalworking shops were in Bourbon territory (the Savoys massacred the workers who defended the company.)

Piedmont bought the locomotives for its trains from the Neapolitans; of the 75 built and running in unified Italy, 60 were manufactured in the South and 15 inthe rest of Italy.

But then, in the space of only a few years, the South's contribution to the rail industry was reduced by nine-tenths.

Just like investment from the unified central government in the construction of schools, roads and swampland reclamation (only in the North; and if by chance in the South, the lands reclaimed with the money of the entire nation were given to sharecroppers from the North, as in Southern Lazio.)

In terms of military spending, nearly 93% went to the North and Center. Naval contracts went to Liguria, to the loss of the shipyards in Castellammare di Stabia (the largest in the Mediterranean) and Naples.

After 85 years of things like this, for the first time in 1946, all the regions of the South of Italy were poorer than those in the Center and North.

Even the money from the Allies for war reparations in the South were re-directed to the North. As for the Cassa per il Mezzogiorno (Fund for the South), rather than "special projects", it built roads, dams and schools that elsewhere were constructed without funds, but even sooner and in greater number.

And this continues today, with the robbed party being accused of theft and being asked to "also" be self-critical. Why? Has there been any examination of consciences for having robbed the South of money in order to lower property taxes throughout Italy?

And what about the money that went to pay for damage in Aquilaafter the earthquake and the fines of the dishonest livestock farmers in the Po Valley? Or the taxes on gasoline to help flood victims in Liguriaand Tuscany, but not in the area around Messina? Or, thanks to Education Ministers Attila and Gelmini, the exclusion in the high school curriculum for 20th century Italian literature of all writers and poets from the South, including Nobel prize winners?

Not to mention the billion euros cut from scientific research and innovative companies in the South and given to the arms manufacturing sector in Brescia and lighting industry in Veneto.

And yet, in five years,Puglia - which was in last place - is now one of the top regions in terms of start-ups (companies founded on the basis of new ideas). The most innovative company in Italy in 2011 was in Puglia and the Bari Polytechnic, the only polytechnic in the South, is now no.1 in terms of the quantity and quality of research.

So who are the ones to be self-critical? Germany, in 20 years, has unified East and West following 50 years of military hostilities. It invested where there was less and has made up the difference.

In Italy, investment is made to widen the gap and then the ones left behind are blamed. In 2011 (according to Svimez figures) the government invested 18% in the South, but 24% of tax revenues are paid by people in the South.

Self-criticism: pay in order to increase the disparity, while the head of the Northern League (guest at the summer festival of the Democratic Party - PD) in defiance of the constitutional right of the equality of all citizens, demands that "The North come first". In other words, "Whites First". (Northern League politician Matteo Salvini wanted reserved seating for Milan natives on the subway). 400 years?

Italy is going to break much sooner. It's already creaking.