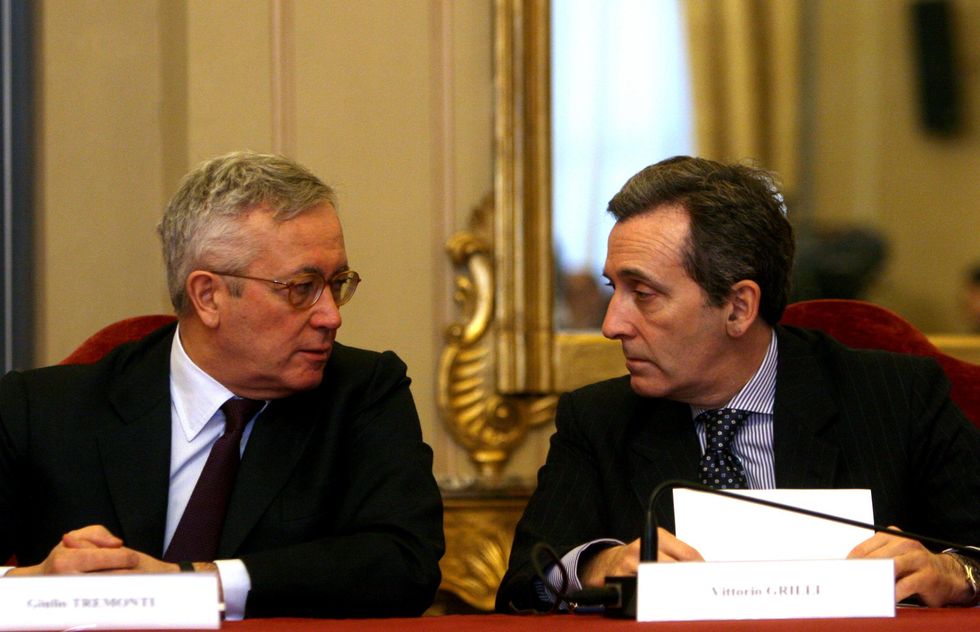 Since 2011, in the name of fiscal rigor, the Italians are being squeezed to hold back the terrible crisis. But compared with the previous government, the technical government is unrivaled

In 12 months the Italian taxpayers have parted with 42 billion euros more. Another 54 billion are in the works for next year, without considering the new financial law that should add 6 more.

Salvatore Rossi, vice-director of the Bank of Italy explains: «The public administrations have increased their revenues, on the whole, by 3.8% compared with 2011 against a decrease in the nominal product (i.e. including inflation) of about 1%. Its effect on the GDP thus increases from 46.6 to 48.9%». A record.

Taxes are too high, the economic policy is unbalanced. The majority is under pressure, PD, PDL and UCD (Italy's three main political parties) dictate their conditions, threatening not to vote the stability law.

Mario Monti does not hide his irritation, to the point that he snaps at one irreverent journalist: «Too high? Ask Vittorio Grilli». We are reminded of Silvio Berlusconi with his Minister of the Economy, Giulio Tremonti, a year ago. Maybe it's the ghost of Quintino Sella, maybe it's the syndrome of the hamburger tax, but whoever is sitting in that chair is destined to serve as scapegoat.

Who taxed the Italians more, Grilli or Tremonti? At a first glance, there's no contest. The law enacted last December to save Italy restored the IMU on the first home (11 billion euros in the government treasury) and by tightening the screws again increased taxation by another 0.6 (taxes and contributions on the gross product) which had already reached 44.7%.

The odd couple (Grilli is the only Bocconi graduate Tremonti gets along with) faced the great crisis of 2008 together, the former as minister and the other as general director of the Treasury.

Until spring 2011 they were able to walk on waves, presenting light financial laws, especially on the revenue side (just 3.6 billion more in 2011). Their down-the-line slashes drove all the members of the government crazy, but for the first time public expenditure in relation to the gross product decreased 2 points, with a differential of about 2% between Italian and German government bonds.

It was a blow whose effects will be felt until 2013. And that's not all: in December the technical government added not only the IMU property tax, but a regional addition to the personal income tax, the tax on shielded financial assets, an increase of contributions for independent workers, and the municipal waste collection fee.

There are quite a few unpleasant surprises even in the stability law presented on October 9. For example there is a retroactive cut in income tax deductions or what we could call a small "equity" tax: leaving our deposits in a current account will subject them to a tax of ?34.50, while buying a share in a fund will cost 1.5 per thousand.

As regards the Tobin Tax, it will be higher than in other countries: 0.05% rather than 0.01%. The tax on financial transactions (except public securities) will not only hit speculators, but also ordinary citizens who invest their savings in stocks.

The first financial law signed by Grilli risks lasting the space of a morning. The exchange between the increase of VAT (1 point since last July) and the lowering of the personal income tax on the lower levels (the rates should drop from 27 to 26 and from 23 to 22) is a source of strong disagreement.

It seemed a clever move toward social equity. After doing the math, however, the 45% of families with the lowest income will pay an average of 140 euros more. The estimate comes from the CER (European Research Center headed by Giorgio Ruffolo), a think tank close to the center-left.

The minister defends himself: «We are reducing taxes, not increasing them». However the income tax cut could fall by the wayside. As regards VAT, the increase will start from July, so the next legislature will have to deal with it.

Jean-Baptiste Colbert, who ran the treasury under Louis XIV, the Sun King, said that all the art of taxation consists in plucking the goose so as to get the most feathers with the least hissing. Perhaps the technical government should listen to the advice of the first great bureaucrat of the modern era.