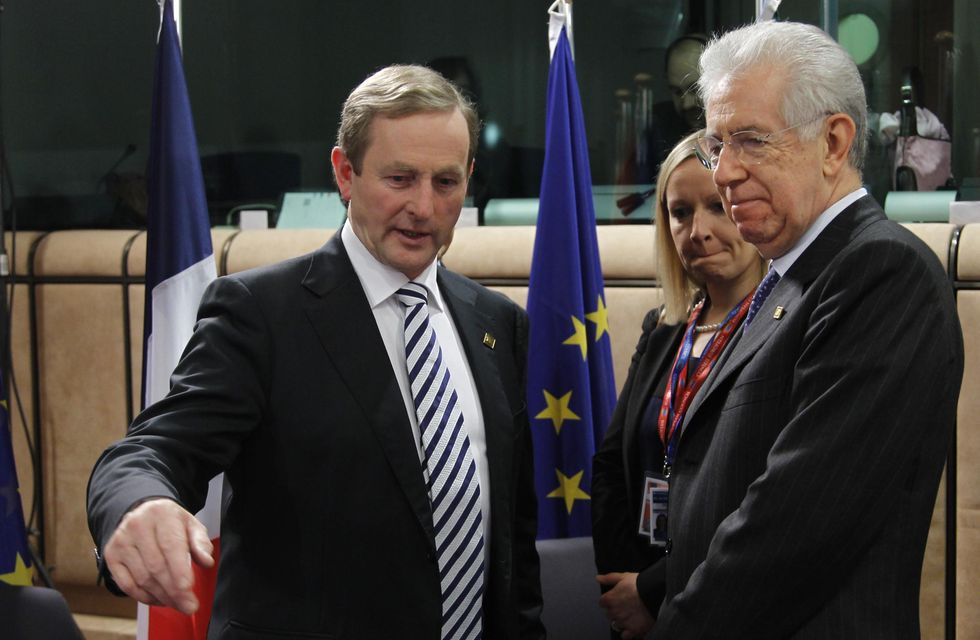 Europe is trying to give a concrete meaning to the word Union, but it is prisoner of its own words.

A weekly Op-Ed by Panorama's Editor in Chief

People are sick and tired of listening to the never ending speeches and statements of politicians. Citizens ask political leaders less words and more action.

Words have become by now the cause of chaos, financial disasters, difficulties of all kinds and crisis.

Any word pronounced by Angela Merkel or by a rating agency's spokesperson becomes a political matter and immediately affects economy.

It does not matter anymore what is real ( the foundations of a State), but words. Lack of political legitimation is the reason for all this. At the present time there is not a strong and real European leadership. Nations politics and nationalistic egoisms have produced the phantoms of today.

The consequence is that words are not anymore a tool for building up, but a cause for arguments. Even wars are not anymore wars with tanks, but wars with the apocalyptic strength of words. In this moment of crisis it is interesting to notice how the words we use have biblical references.In Germany debt ( Schuld) is identified with "fault". The fund supposed to pay off public debt ( which is already considered a "fault" in Germany), is called "redemption fund", that is the tool to be absolved from irresponsible expenses.

And how about countries down on their knees because of crisis ?...They have to appeal to a "Save - States Fund".

Europe is still looking for its identity, all the measures taken to stem the crisis will give results only in the long term. It will take time, an advantage to speculators. Europe is paying the consequences of its selfishness, and by now it is clear to all but Germany that we have to put the idea of independence aside and accept the concept of interdependence.

States sovereignty will be shared with EC organisms.

Their decisions will have the priority over those of single Parliaments.

Mario Draghi, the President of the European Central Bank, has said repeateadly that, in order to give a meaning to the word Union, it is necessary to extend  the monetary union to the budget, fiscal, economic and bank politics.

Despite putting all this into effect will require time, according to German Chancellor Angela Merkel, debt sharing project is even going " too fast".

We are in deep troubles, with the unruly "Lady anti - spread", with economy in recession, with Greece at the end of its resources,  with Spain put on the ropes, and Italy pointed as the next victim, what shall we do ?

We should really hurry up. If the European fund supposed to manage the crisis is not operative by the end of 2012, not only Italy will be at risk, but Euro itself.

As far as Italy is concerned, President Napolitano, is firmly against the idea of  elections earlier than May 2013, since this would leave the country with no protections and exposed to spread and speculations, as there is not a government supported by a parliamentary majority.

All in all, playing for time would also be advantageous to the two main Italian parties the centre-left Democratic Party and the centre-right the People of Freedom Party, still discussing over alliances and leaderships...just for a change.