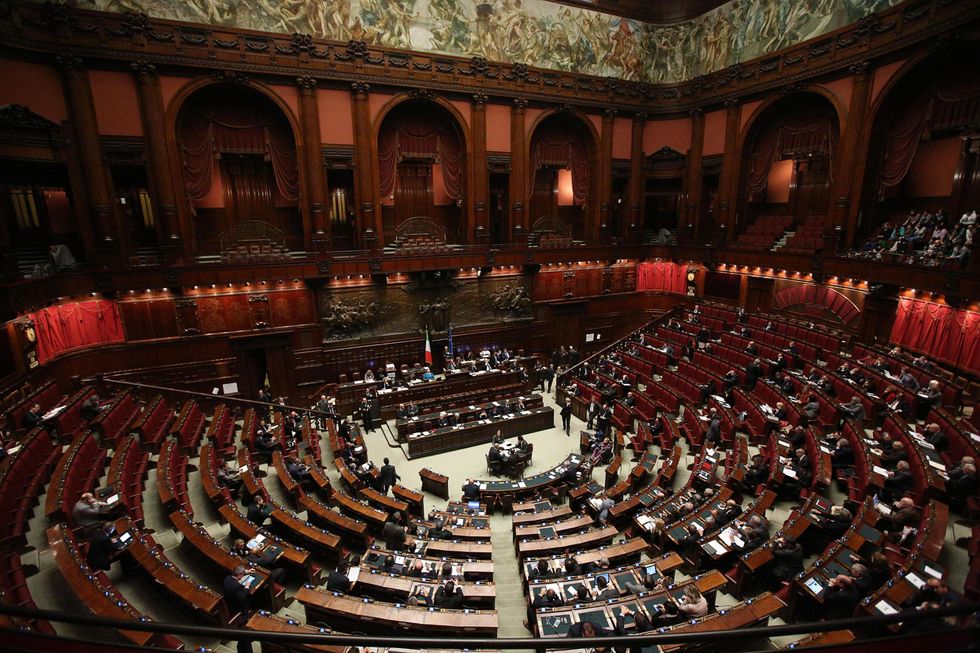 Italian elections: better a truce that an unstable government

Giorgio Mulè, Editor in Chief of Panorama news magazine, says: "According to all news analysts and surveys, no party will turn out to be self-sufficient after the upcoming general elections"

In his weekly editorial, Giorgio Mulè, Editor in Chief of Panorama magazine, warns about the uncertain  political scenario expected in Italy after the general election to be held on February 24th  and 25th.

"As the current Italian political system is not a two-party system, in which one  is  necessarily the winner, the most different hypotheses can be made. But one thing is for sure, according to all news analysts and surveys, no party will turn out to be  self-sufficient." Mulè highlights.

"The lack of a strong majority will likely prevent the creation of a long-lasting government, which would not be the result of an electoral cohalition, but that of contigency  with serious consequences for state bonds, spread, stock-exchange market and shares value." Panorama Editor in Chief underlines.

According to Mulè, the post-election political scenario in Italy is expected to be even more threatening if one listens to the latest politicians' "deadline-like" statements that  rule out any possible coalition and cooperation.

In the meantime, the outgoing Prime Minister Mario Monti rules out any sort of cooperation with this "left coalition."

There is no need to say that there are no open channels of communication between former Prime Minister Silvio Berlusconi and Professor Monti or better "the professorino" the epithet  Berlusconi used referring to Monti."

"In this list, comedian Beppe Grillo is missing" Panorama Editor reminds, " as for Grillo, parties are dead, politics is dead, the system is dead, TVs and journalists are dead. The Pope only has been spared, but only because he has resigned... In this limitless burial ground, the only survivors are those millions of electors that will vote for Grillo and that deserve respect."

"As a matter of fact, Grillo's proposition might be our tomb." Mulè warns " However it is too late now, we will have to cope with about a hundred "grillini" in the future Parliament, according to the opinion polls.

If the hypothesis of a " non self-sufficient" party is confirmed, Bersani, Monti and Berlusconi will have to put aside their conflicts and find a way to cooperate... or else, a sort of weak, shortlasting government will be formed, and after that there will be new elections....but this time the votes would go to the self-sufficient Grillo, who will bury us all.