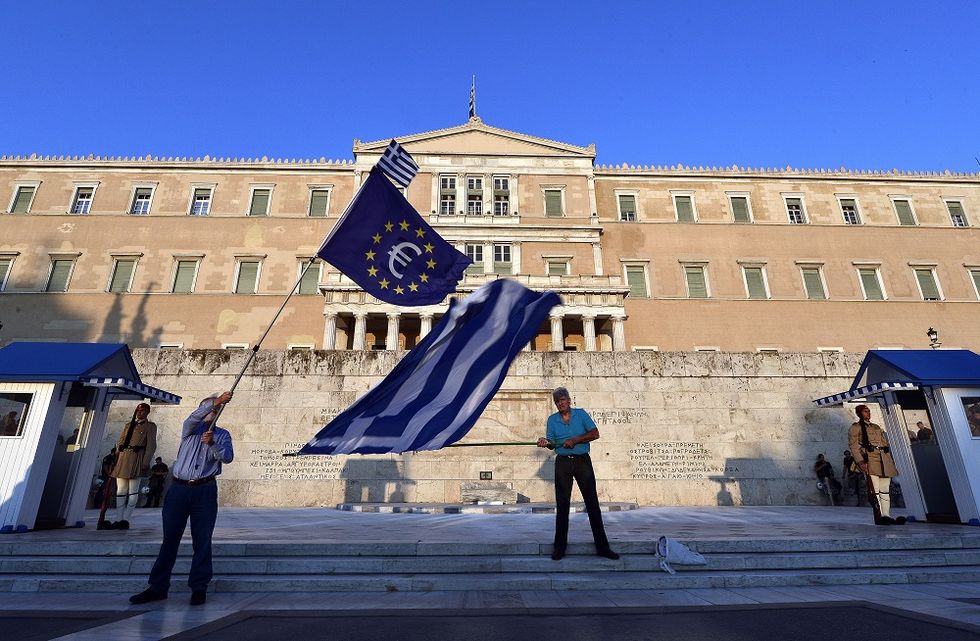 A positive and constructive way to look at the Greek Crisis

Beppe Severgnini, a famous Italian journalist, essayist and columnist, embodies one of the rare positive voices on the Greek situation and the European Union (EU).

In a recent comment on the Italian daily Corriere della Sera, Severgnini compares the EU to a car, whose tyre is flat. In these cases, the driver makes an effort to change the tyre and he certainly does not get rid of the entire car. It should be the same for the EU, which has brought a number of benefits to all its citizens during these years.

Besides the monetary crisis, "Europeans have enjoyed peace, free movement, a sense of belonging to several other countries different from the home one in the last 60 years", Severgnini argues. Furthermore, he tells off those who use "apocalyptic tones" within this scenario. Even Americans and Asians seem more positive than Europeans on the actual situation, which definitely fosters anxiety towards the future, but it should not work as a deterrent to move forward.

Severgnini sees extremist leaders such as Beppe Grillo, Matteo Salvini, Marine Le Pen, Nigel Farage, Viktor Orban, Andrzej Duda as the enemies of Europe. In fact, their propaganda depicts a portrait far different form the real one, where the widespread concern about Greece highlights the increased "sense of belonging to a continent, to a democracy and to a culture".

Nonetheless, the Italian columnist points out the fact that Greece was not ready to become part of the Eurozone and we are now paying the price of cheating in public budget and the lack of an adequate control from Brussels. Still, one should not forget the benefits deriving from a united Europe. Nation states do not have to disappear but work together to address the problems deriving from a very complex world.

We should look at the United States, Severgnini argues, and be inspired by their determination to carry on with their project of unity, in spite of the huge trials along the path. Finally, recalling the initial metaphor, Severgnini stressed that "tyres can be repaired, but one should always know the way to go".