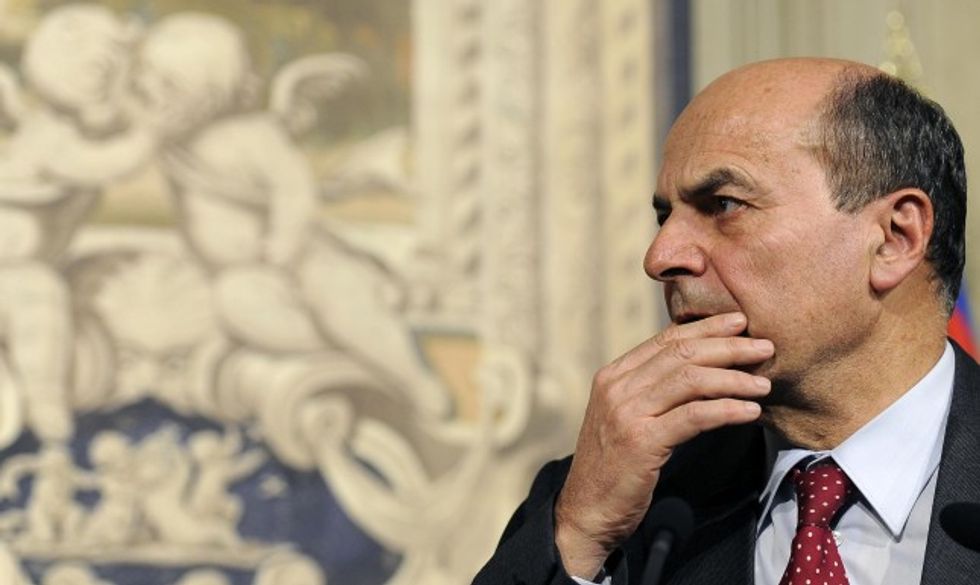 President of the Republic Giorgio Napolitano gave Bersanit oday a tentative mandate to form a government after the centre-left narrowly won the February 24-25 elections but failed to snag a majority in the upper house.

Any new government needs to be voted by the majority of the members of the Parliament  in both houses.

The divisions between political parties over how to proceed have revived fears Italy could bitter  the eurozone crisis, just as a bitter standoff over a bailout for Cyprus intensifies.

Should Bersani fail, the reins may be handed to a technocratic government similar to the outgoing one of Prime Minister Mario Monti, or a grand coalition between left and right, or some combination of the two but without Bersani.

All parties agree at least that there are urgent economic issues to be dealt with as Italy endures its longest recession in two decades, with many ordinary Italians struggling to make ends meet.

In a surprise move on Thursday after talks with Napolitano, Bersani appeared to indicate a willingness to work with rival Silvio Berlusconi's centre-right and suggested his party could back a cabinet led by someone other than himself.

The demand for political stability came not just from Italians "but from Europe, who is attentively and anxiously watching us", he said.

Bersani had previously excluded a grand coalition with Berlusconi because it would prove hugely controversial among leftists.

Berlusconi, whose centre-right coalition came a close second in the February vote, has said his party is open to a coalition which would push economic measures that enjoyed broad support.

The left has so far failed to garner support from the M5S, a new protest party that gathered millions of votes from Italians fed up with austerity and the perks enjoyed by politicians.

The government on Thursday slashed forecasts, saying it now expected a public deficit of 2.9 percent of gross domestic product (GDP) this year -- far higher than the 0.5 percent promised before.

The government also forecast the economy would shrink by 1.3 percent this year -- compared with an expected contraction of 0.2 percent before -- but said it would grow by 1.3 percent next year.

(Based of AFP reporting)