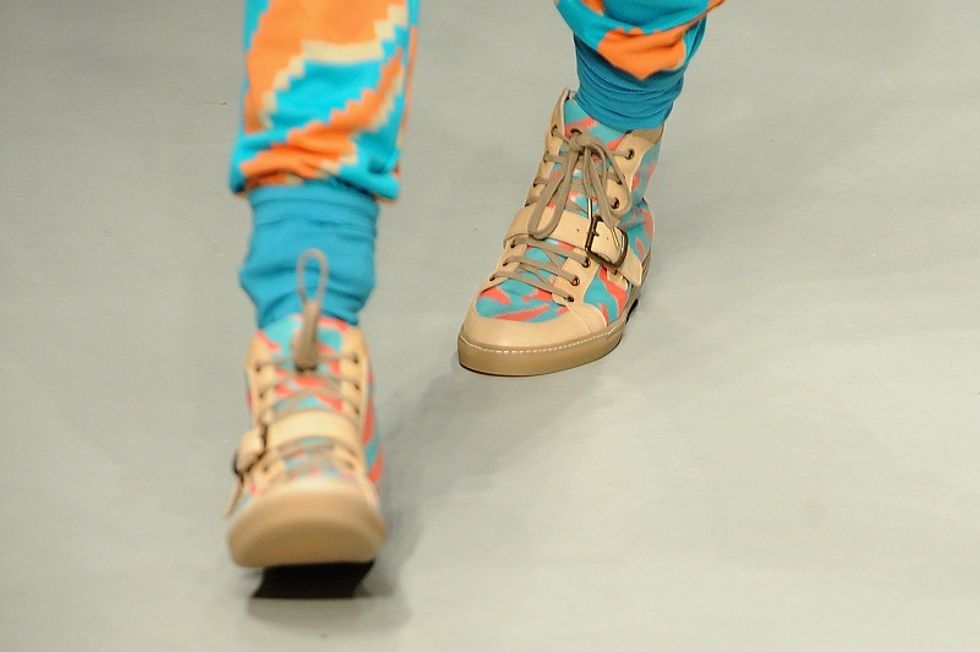 African designs, ethnic patterns, tropical references were everywhere, and are now expected to be showcased in shops very soon.

Together with London, Paris and New York, Milan is one of the four world capital cities of fashion, thanks to events like Milan Men's Fashion Week, a decades-old tradition that focuses the attention of media around the world. The show closed the blinds only yesterday, and it is already time for a balance. Undoubtedly, the 2013 edition is leaving a lot of materials for fashion victims to discuss.

What will be the heritage of this week of colours, luxury and vanity? Echoes of the scandal that involved Domenico Dolce and Stefano Gabbana, who were recently sentenced to 20 months in jail for tax evasion, were muffled by the intriguing new collection of printed shirts depicting ancient Olympic gods and by the new face of the D&G underwear campaign, football superstar Leo Messi, who presented a series of photographs that collide with his notoriously shy personality. A new scandal was created by a German streaker, who run naked on the catwalk - leaving the spectators even more annoyed more than shocked.

Many will remember the significant step taken by Camera Nazionale della Moda Italiana - the powerful association reuniting most big Italian brands. Flanked by Vice-Presidents Gildo Zegna, Patrizio Bertelli of Prada, and Diego Della Valle of Tod's and Hogan, the Camera's long-standing President Mario Boselli announced a new strategy to harder promote Milan as a fashion hub. He declared: "I'm sure that we will be able to engage and win the challenges that we will have to face in the global scenario in the interest of the whole fashion supply chain of Italy". A sign of strength and unity from a world made of very temperamental people.

We do think that what people will be talking about is the exotic flare dominating of most collections: a style that we will probably encounter on the beaches not only in the coming summer. Paired with more classic looks, exoticism ruled: African designs, ethnic patterns, tropical references were everywhere, and expect to see them showcased in shops very soon.