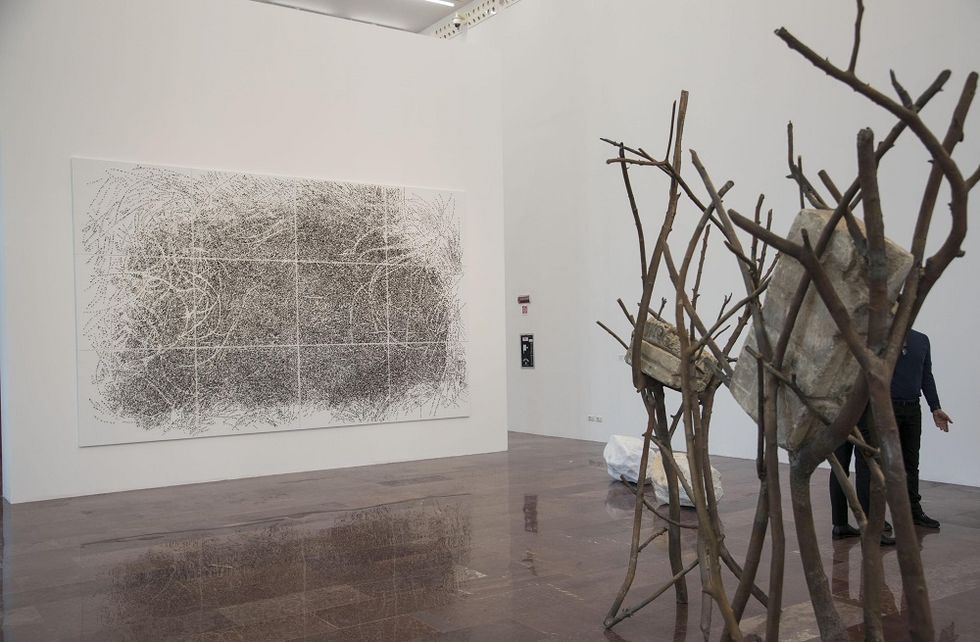 The artist's "Leaves of Stone" in Largo Goldoni

The area where the Italian luxury brand Fendi has its flagship store in Largo Goldoni of Rome is now enriched by an outstanding sculpture by Italian artist Giuseppe Penone, thanks to the commitment of the fashion company.

The installation is titled Foglie di pietra (Leaves of Stone) and consists of two bronze trees, 18 metres and 9 metres tall respectively, whose interlacing braches are interconnected by a sculpted marble block weighing 11 tonnes.

A prominent member of the Arte Povera movement, Giuseppe Penone was born in 1947 in Garessio, Piedmont, and is well-known for his artworks exploring the connection between man and nature. Fendi's spokesperson, Massimiliano Giani, declared that Penone's sculpture was selected as a donation to the city of Rome because he "has the ability to speak to a very diverse public".