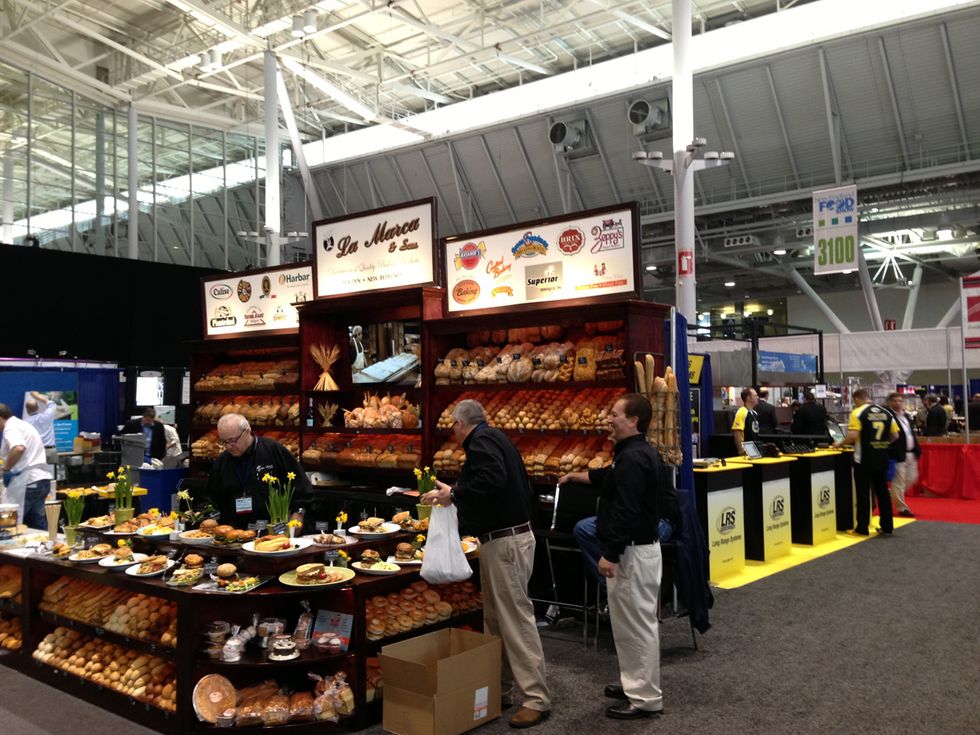 Italian small food and wine producers survive, and thrive, thanks to an ever growing and promising US market. Yet, now more than ever, they cannot go it alone

"L'unione fa la forza" a loose Italian translation of the motto "United we stand" has always been the mantra of small and medium food and wine producers trying to carve a slice of the enormous and rightfully coveted US market. Even more so in times of crisis like those we are living, when for a little, usually family-owned and/or run winery or cheese maker, an investment in international marketing seems more burdening and riskier than ever.

Yet with a domestic market languishing in the worst economic downturn since World War II it is not only more worthy than ever - especially considering that the American market for Italian alimentary goods (currently worth about 3 billion dollar - half of which made up by wine alone) keeps growing every year - but, in many cases, absolutely necessary for survival.

"Two years ago year we had a 10ft. by 10ft. space, last year it doubled and this year it doubled again." Says Stefano Barbiero owner of Italimports, an importer and distributor from Malden Massachusetts. The Italian born entrepreneur proudly stands surrounded by Italian products ( ranging from artisanal Easter eggs to hand made pasta from Naples) dotted by Italian tricolored flags in the middle of one of the largest exhibition spaces at the New England Food Show - the main sector's trade show in the Northeast United States. Under his "umbrella" 26 producers are represented and 20 more, he says, were ready to pay up to 10,000 euros for a spot but he had to turn them down due to shortage of space.

"Although dire, to say the least, for the American economy, the past four years have been great for mine: my gross revenue has increased fourfold, now we are at about 2 million a year, and there is huge room for growth" explains Mr. Barbiero who entered the food and wine import business right at the beginning of the crisis.

There is no antidote for it, he reckons, but some winning elements do exist: "first and foremost, quality: I choose my companies only among the highest ranking ones (having lived in Italy most of my life I know how to tell good from mediocre) and when one does not meet the standards, in every sense, I drop it right away. However to the ones I represent I guarantee a solid presence, a continuity of sales and most of all reliable and timely payments. I have seen many in the business running after easy profit with cheap products and I assure in the long run it never pays off."

What instead does pay off, it seems, is to educate the American customer to higher quality products at slightly higher - yet reasonable - prices. That is exactly what representatives of several products on display at Barbiero's stand came all the way from Italy for.

"Tasting is key," said Guido Malagoli, producer of authentic balsamic vinegar from Modena, "once they understand the difference, price is no longer a problem."

"It is not hard to sell, but you have to be there to do it," echoed Massimo Barba high-quality candy producer from Salo' (Brescia) who recalls buying the one-century old factory he now owns a week before Lehman Brothers folded. "I have not put down the suitcase in four years but so far it has been worth it."

Personal approach is also at the core of the strategy adopted by Piermichele Guerrieri, owner of Euro Consulting, representing on this occasion Apulian, Tuscan and Umbrian companies.  "We need to promote specialties that Americans do not even know exist, in the places where food and wine is sold and consumed. Tastings, cooking classes, gastronomy tours ... almost nobody does it properly," he says while helping his "customers" pour wine glasses and offering "Taralli" and "Friselle" (typical Apulian bread based snacks) to trade show visitors, among which, he hopes, there could be possible buyers and distributors.

"With this kind of crisis, sympathy becomes your best marketing weapon," said one of his customers, Francesco Strangis who came from Perugia, with the "Guerrieri expedition". "If you want to help Americans appreciate the culture of wine," he added as he distributed sample portions of his Sangiovese-based blend of varietals, to an enthusiastic crowd, "you can only do it on a one-on-one basis."

Unlike Mr. Barbiero and most traditional importers who "unite" single producers in America, Guerrieri  joins them in their homeland then presents them on the market as one, in the attempt to reach the final consumer by skipping as many "middle men" as possible.

"A restaurateur, or a specialty store owner, usually would rather not meet only one producer at a time. Instead we propose a package of products, from a variety of Italian regions," he continues. "The market is extremely contaminated by faux, counterfeit  "Made in Italy" goods. The only way to guarantee authenticity is to bring the product directly to the final consumer even, if possible, by opening specialty stores from scratch, where products are offered in an active, involved way by people that really love what they sell."

In fact, if demand for Italian food and wine keeps growing in the United States (+10%  during last year alone) is also thanks to a niche of highly educated, world-travelled and relatively wealthy customers who are aware of the incredible variety of the Italian cuisine and actively look for it  beyond the supermarket shelves. Wine, where Italy with over 30% of the total market holds a solid first place among exporting countries, is clearly the trailblazer, olive oil closely follows. In general, however, the popularity of Italian food (and the crowds around the Italian stands at the Boston Food show visually confirm it) has never followed the negative trends of the economy even in its darkest hours.

"After 20 years in the business, I assure to anyone who wants to serve as a local referent for - and an investor in - Italian quality products, that there is potential for very good profits, and at the same time the chance to preserve the authenticity of food and wine - a whole cultural patrimony, really - which is currently at risk of being wiped out by industrialized mass production and consumption."