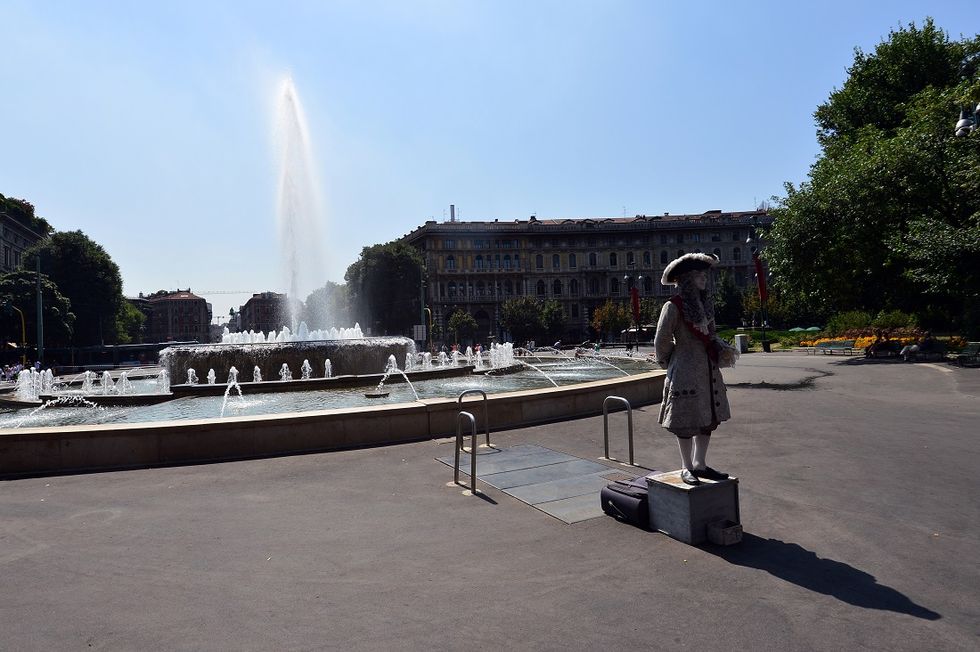 Drinking water from an Invisible Fountain. In Italy

The small drinking fountain (Fontanella in Italian) is an icon of Italian cities. Milan, capital of fashion and source of new trends for the world, will launch the first urban street furniture realized in "digital fabrication" and aimed at giving a new identity to the drinking fountain, i.e. the "Invisible Fontanella".

This idea was awarded by the contest "cap4ideas", promoted by the Cap Group and designed by Marzia Tolomei and Carlotta Antonietti, designers from the Politecnico in Milan. Invisible fountains will be installed in the eight most sustainable metropolitan areas around Milan. The logic behind this initiative is to promote a new character for old urban street furniture, able to capture the attention of people passing by and amaze them.

The Fontanella will keep its traditional shape while a metal sheet will cover the water pipes. The tap will only be an illusion. It will be designed as it was originally and water will seem to go out from it.

Alessandro Russo, President of Cap Group, proudly commented on the initiative "We wanted to bring to Italian squares a new wave of freshness, innovation and sustainability". Mr. Russo has also highlighted the passion for the future shared by all the members of its company, stressing the fact that Cap Group is a public business. Local administrations (the Italian Comuni) hold 100% of the shares and this is an example of how also public sector can be effective in sustainable and innovative investments. Water stands out as a core element of a city to be guaranteed to everyone. Nevertheless, the idea of turning traditional Fontanelle into a work of art also deals with aesthetics and functionality.

This initiative is part of a bigger project known as CAP21 where CAP Group decided to devote 600 million Euros in five years for an investment plan focusing on sustainability.