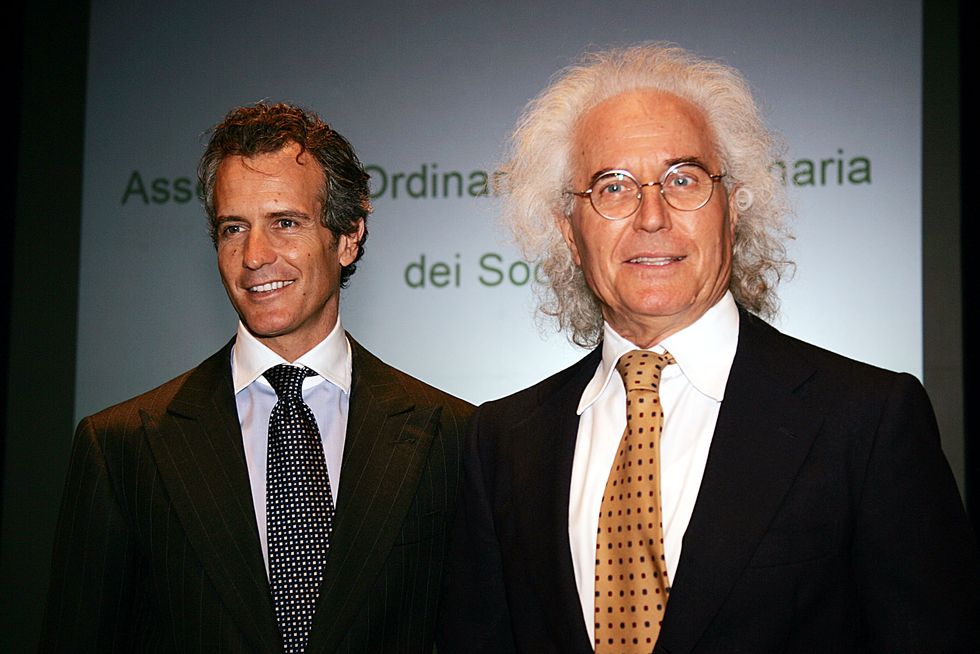 Alexander the Great faces the test of the Benettons

He was born with the company, and now he will have to guide it through the new stage of restructuring that starts after the company’s exit from the Stock Exchange

What a strange destiny. Not yet 48 years old (his birthday is 2 March, under the sign of Pisces) Alessandro Benetton, who has three children, can boast an excellent résumé: a graduate of Boston with a master's degree in MBA from Harvard. Then, after climbing the ladder in the merger and acquisition department of Goldman Sachs, twenty years' experience at the head of 21 Investimenti, one of the largest private equity firms of Italy, involved in important deals throughout most of Europe.

Yet, despite the fact that the wall of his office already displays the parchment deed presented to him by Giorgio Napolitano, which declares him a "Cavaliere del Lavoro" (a decoration awarded for service to industry) one has the impression that only now, with his passage to the chairmanship of the Benetton group, he is ending his long novitiate in the shadow of his father Luciano, whose charisma has always infused the company.

That's right, Benetton belongs to the small cluster of «charismatic companies», as Alessandro himself apparently loves to say.

It is a company with an unmistakable trademark, so strong and stainless as to become almost an obstacle to renewal. Such a successful product of Venetian family capitalism as to have earned the fame of a «manager-eating company»: seven managing directors (without counting the current duo, Franco Fumò and Biagio Chiarolanza) devoured at the headquarters in Ponzano Veneto from 1983 on.

That was when Luciano Benetton finally realized, after testing him for six months as a consultant, that Aldo Palmeri, the young manager of the Bank of Italy on loan to the Ministry of Industry who was introduced to him by the equally young Socialist parliamentarian Maurizio Sacconi, could put that fascinating but confused galaxy in order, after it had grown for years at rates of 70% per year, under Luciano's management. Just as he had been quick to perceive the creative talents of his sister Giuliana, and the vision of Gilberto, he then realized that in order to achieve permanent success, he would have to develop new production methods and advanced logistics.

It was a tempestuous relationship that developed between Luciano and Palmeri, the first of a long series. Many others came after it, like a series of divorces.

It was a time that could be summed up in the comment written in an essay about Benetton by Giovanni Favero, professor of Economic History at the Ca' Foscari University: «One could ask whether Palmeri was really able to do what he was hired for, which was to turn the company into a great group with professional management». Apparently he did, because «the organization charts were revolutionized more than once and the procedures were rationalized».

But «the four Benetton siblings maintained such a strong role, not only at the level of control through the Board of Directors, but also in the operation of a number of strategic functions, often going so far as to interfere with the work of the management».

Now things have changed: already in 2003 Luciano announced he was stepping aside. And for a long time Gilberto has had far too many other things to worry about, between motorways and airports. But the «original sin» remains: partly due to Luciano's charisma, sufficient to overshadow the leadership of the managers brought in from outside, in part due to the central role the leader has always had, for forty years or more, in relations with the franchise sales network, in the past the strong point of a lean company, but now a limit in meeting the competition of giants like the Spanish Zara and Swedish H&M that «spring» new products in a continuous jet in the chains they own and have created fast fashion.

The most durable and profitable fruit of professional management, after so many years, remains the stubborn tenacity with which Palmeri managed to convince the family to take the company public, first on the Milan Stock Exchange and later on Wall Street. It was a triumph, to some extent motivated by the bullish market of the times, and also due to the effect of the charm of this Italian fashion gem: the shares, placed at 10,300 lire, shot up to 17,280 lire on the day of their debut.

That story that began on 2 July 1986 with the joint press conference at the Stock Exchange with Raul Gardini (who was also debuting that day with his Calcestruzzi) and Cinzio Zambelli, managing director of Unipol, ends now at the hand of Alessandro. He is the one who, after agreeing to take over the chairmanship of the Benetton group a few months from now, made the decision to delist the company.

It was not an easy choice, though certainly a wise one from the viewpoint of the financial wizard who cut his teeth on private equity. But Alessandro was unsure about the possible negative impact the decision could have in the U.S., though he finally decided to delist the company, not for financial reasons, but for industrial ones. Or, no less important, for psychological ones.

Retiring from the Stock Exchange will enable Alessandro to perform a difficult and delicate task that will require time, without having to deal every day with investors clamoring for short-term results. For the first time, the new chairman will be able to work with two managing directors he trusts, a combination chosen directly by him, with great discernment.

On one side is the managerial experience of Franco Fumò, who comes from the Gucci school and has been called in to incubate and train new talents. On the other is Biagio Chiarolanza, who has twenty years' experience in the Veneto-based company, and serves to communicate stability to a team that has to meet the challenge of a negative economic situation, perhaps more negative than it appears on the books at the end of 2011: with sales stagnating (2,031 million euro compared with 2,053 in 2010) but what is worse, deteriorating fast.

This is not a passing crisis, as the decrease in orders shows, but it is one that does not afflict Benetton alone. If anything, this is the time to rethink the company in a systematic manner, with a new business plan articulated on three divisions (Benetton, Sisley and Sportlife) that will guarantee «support of the brands, improvement of the products, renewal of the sales network and the definition of our geographical priorities» as a corporate bulletin published by the Board of Directors stated at the end of the year, the last before its farewell to the stock exchange, which will enable the company to work under less pressure. Without copying the competition that, as in the case of Zara, continues to reap successes, but without being weighted down by a glorious tradition that now threatens to become a straitjacket.

Not that there won't be stress, however. Alessandro will have the whole clan breathing down his neck: not only his aunt and uncles but, above all, the 15 cousins of the tribe who want to see whether the head of the class, beyond his prestigious diplomas and the successes achieved here and there, really has the qualities to be something more than a «good partner».

It will be his hardest test, also because the company has a number of key engagements ahead of it: renewal of the leadership of Edizione, where Gianni Mion, the manager who has bet the ranch on Alessandro could be ousted. Or the difficult choice about the future of Autogrill: the company headed by Gianmario Tondato da Ruos has the numbers to become a world leader in fast meal service, but in that case Edizione would have to resign itself to share control with other big names in the sector to guarantee the company the necessary fire power.

It's time to make all these choices, and Alessandro is ready at the starting gate of a slalom that, after an apprenticeship lasting a quarter of a century, could promote him as one of the great entrepreneurs of the new Italy. He looks like he can do it, and in any case he's assured of the aid of his wife Deborah Compagnoni, Olympic ski champion. Although in the group photo of the Benetton family, with all the cousins and grandchildren, there isn't any room for the husbands and wives.