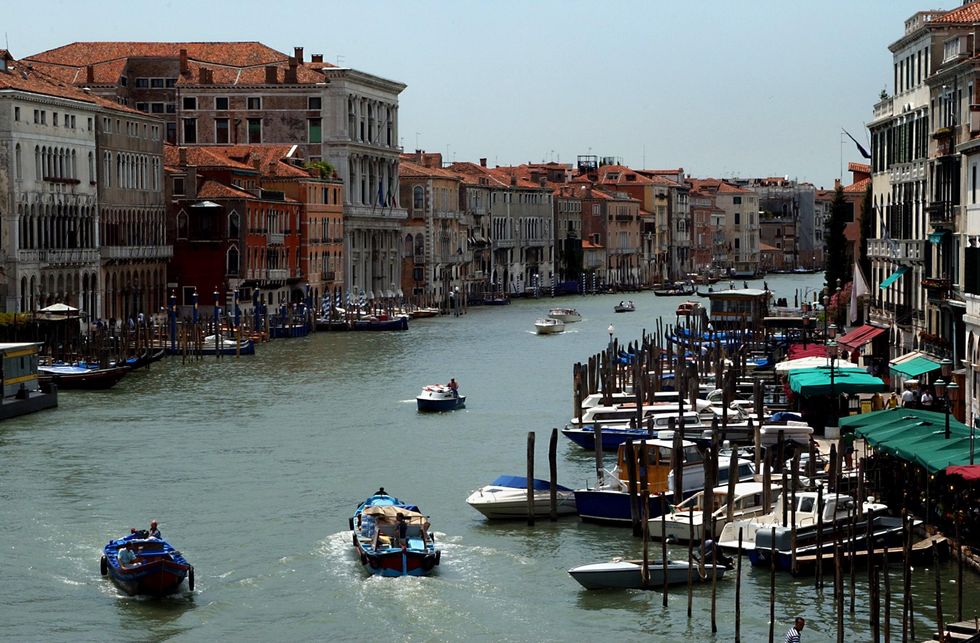 In Venice, the factory where artists are made

Among the calli (alleys) of Venice there is a unique atelier. Off limits for anyone under 18 and over 35. Every year it selects 12 talents and prepares them for success

The idea came to Duchess Felicita Bevilacqua La Masa, benefactress of the arts, who decided in 1898 to make her private home in Venice - called palazzo Ca' Pesaro on the Grand Canal - a residence for the promotion of young artists.

That patronage of the arts led to the first foundation for young artists, the oldest in Europe and the most important in Italy.

The new Damien Hirsts, the future Maurizio Cattelans, the young Gina Panes train here, at the top of the steep steps of Palazzo Carminati at San Stae or in the Complex of saints Cosmo e Damiano at the Giudecca.

Those who come here will go on.

«But only if they know how to work, because nowadays it is no longer possible to live the bohémien life - a great deal of discipline is necessary. An artist's career is brief and full of risk, much like that of an athlete.

One out of a thousand will make it.

We try to give them the instruments, but the libido and determination have to come from them» explains Angela Vettese, critic and curator, for over ten years the president of the BevilacquaLa Masa Foundation, the only Italian institution that offers a year-long residence.

«We give this opportunity to 12 artists from 18 to 35, who study or live in the Triveneto area. They can stay here for 12 months and participate in a final exhibition».

Just like in the Renaissance, when there were the workshops, today an artist trains by being selected for the residences, places of excellence, often difficult to access but essential in the journey if one hopes to arrive one day at the Venice Biennale or Documenta in Kassel.

The top pick is the Rijksakademie in Amsterdam, but the Dena Foundation in Paris is also renowned. There are wonderful residences available in Indonesia, Israel, and in isolated parts of Texas.

In Italy, in addition to the Bevilacqua, the favorites are: Viafarini in Milano, the Spinola Banna Foundation at Poirino, near Turin, the Aurelio Petroni foundation in San Cipriano Picentino (Salerno), the most important in southern Italy; the workshops of the Antonio Ratti Foundation and the artists' residences just inaugurated at the Macro, the museum of contemporary art in Rome, the first experiment of this kind in a public institution in Italy.

«Jasper Johns used to cook for Robert Rauschenberg. In the Sixties, the artists lived like a big family in Rome, and met in piazza del Popolo.

Now that extended family no longer exists, and it is unlikely for an artist to belong to a movement with a manifesto, a theoretical palimpsest» continues Vettese «everything is more global and fractured and you can't just sit down and invent an artist. There are already so many. I don't say they're all good, but the idea that the best will stand out is still very strong. And the selection is made in these collective studios».

It is a selection that is even harsher in Italy, as the president explains: «Brera has by now become an artist factory. The Royal College in London turns out a maximum of 25 a year».

Alberto Tadiello, 29, from Vicenza, is one of those who passed this selection with flying colors. «I was admitted to the Bevilacqua Foundation right after I graduated from the Iuav (The University Institute of Architecture of Venice).

For a year I had the most beautiful studio I could dream of, I'll never have a place like it again».

Looking out over Venice from above undoubtedly helped him: today he is one of the most promising young artists and has been invited to the Dena Foundation for contemporary art; he won the Furia prize, and last year the New York Prize.

«But if your work is weak, you can go to as many residences as you want, it's pointless». In the ancient Palazzetto Tito, headquarters of the foundation, the 12 artists selected present their work. They are as excited as before an examination.

«The training of an artist is linked to study and research. We are not here to create products for sale» says Ryts Monet, 30, from Bari, who drinks chamomile tea to stay calm.

His works are based on graffiti, ironic and pitiless: the dove of peace squashed into a fast-food bun.

Riccardo Banfi, 26, from Milan, talks about his photographs inspired by snapshots "of ordinary things, my friends, the acid house concerts I go to, creating little news stories».

The Dirtmor take turns in the space assigned to them by the foundation: they are a collective and they come fromTreviso, where they organize "noise music" happenings, drawing inspiration from the works of John Cage.

They have a project that seems difficult here, but abroad they would be mainstream already: «We prefer to stay in Italy, there is less competition and we can do a lot more. In Berlin there are hundreds of projects like ours».

Treviso, like Berlin, or even better, like Warsaw, which is becoming the new capital of young art, it is less expensive, and the German galleries are moving there. In this country the provinces are still the best part, where the most interesting projects are conceived.

Like the works of Gianandrea Poletta, 28, also from Treviso, that seem to come out of a story by Philip K. Dick: «Today art is produced in self-managed spaces like the Brown in Milan and the Bocs in Catania, schools that are free of the rules of marketing».

Non-profit spaces, self-supporting, increasing in the last five years, but the concept is still too much of a niche to bring out the work of the thirty-year-olds.

«The collectors don't go to the studios any more, it is only through the visits organized by the residences that you have the chance to get a name» says Poletta.

According to Angela Vettese, those who want to achieve success have to go away: «Italy is a country to come back to, those who stay here develop the syndrome of the dissatisfied local artist».

That is what Valentina Roselli, 26, from Turin, decided to do: before coming to Venice she had already gained experience in Helsinki: «An artist is paid to be an artist there, it is considered a serious job. That doesn't happen here and I'd like to go away again, to France, possibly to Lyons, which is stimulating and not as expensive as Paris».

But it's not easy to move away: «I've never sold anything, I can go abroad if they call me. And I disagree with those who want to go away at all costs: if you're not talented it's the same whether you are here or abroad» says Fabio De Meo, 25, from Latina, who seems very sure of himself.

His work is refined and amazing, it tells stories that he assembles out of objects that he finds and transforms.

Giorgio Andreotta Calò, a Venetian, is 32 and is one of those who has made it. He attended the BevilacquaLa Masa, then he was admitted to the prestigious Rijksakademie, selected by Bice Curiger for the last Biennale and he just won the Italian contemporary art prize awarded by the Maxxi in Roma: «I worked for 10 years before I got this far and I still can't say I'm earning money, just getting by».